If you're not fully convinced you should attend a nerdy convention at least once in your life, this article will seal the deal. 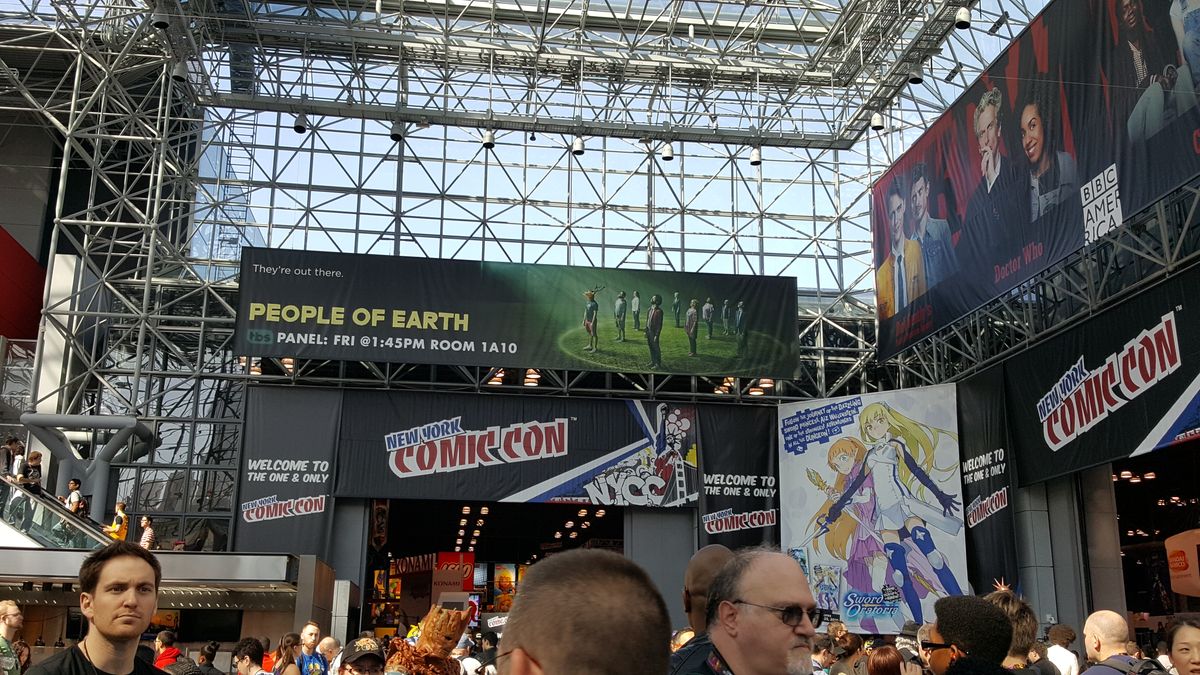 We've all heard of at least one nerdy fan convention, and we definitely all have some preconceived notions about what they entail: expensive ticket prices, massive crowds, super expensive food and really long lines.

These are definitely the downsides of attending conventions. But there are so, so many upsides.

I have been attending geeky conventions since 2014. LeakyCon, GeekyCon, BookCon and Comic-Con are just a few of the nerdy conventions (called cons from here on out) that I've gone to over the past few years.

Each of these conventions holds a special place in my heart for different reasons, but they all have a few key aspects in common.

These 11 aspects of nerdy cons are what makes me so enthusiastic about attending them and are usually the things I bring up the most whenever I am trying to convince a potential con-goer to attend.

1. Inclusion and acceptance of all people

Inclusion and acceptance is a vital part of con-life and I love that every attendee is made to feel comfortable. Not only do conventions like Comic-Con and Book Con provide gender-neutral bathrooms, but they also have a plethora of inclusive-minded panels on their itineraries."Cosplay and Disabilities" and "Geeks of Color" are just two of several panels held during the 2017 New York Comic Con that highlighted its effort to uphold the importance of diversity.

Guest authors and artists of color are also an essential part of this message and have had an increasingly larger presence on conventions with each passing year.

Seeing everyone's exquisite cosplay costumes is one of the best things about nerdy cons, hands down.

This Voltron group cosplay is just one of many insanely well-executed costume ideas and won the 2016 Cosplay Contest at New York Comic Con. Walking through the crowds and seeing characters that are familiar to me is one of the most enjoyable aspects of nerdy cons; it's like a nerdy version of Disney World!

Cons are treasure troves for nerdy merchandise. Superhero shirts, magic wands and anime prints are just a few of the things you can find while wandering up and down the marketplace aisles.

Some of my best and most well-made geeky belongings have come from cons. And outside of these conventions, most of this stuff can only be found online. So why pay for shipping?

I've nabbed sneak peek content at every con I've ever been to. Whether is it an Advanced Reader Copy (otherwise known in the book community as ARCs) or the screening of a new trailer during a movie panel, sneak peeks are everywhere. And it's free!

Con lineups are often full of panels about a variety of topics. From literary theory to trailer analyses to character comparisons, anyone can find a panel on a subject they are interested in. Special guests often attend these panels, which is also a huge plus.

6. A weird variety of foods

Despite the insane prices, convention food can have its upsides. There are usually many fandom-inspired treats to purchase, some of it is a tad bizarre like this hot dog inspired by Marvel's The Torch (which is covered in spicy potato chips), which was available at the 2017 New York Comic Con.

Anime, book and comic conventions alike always have a slew of special guests in attendance to sign autographs or lead panels. Each con usually has a main stage where they host these guests so that as many attendees as possible can go to these panels. One of my most memorable special guest experiences was seeing actress Millie Bobby Brown and actor David Habour of "Stranger Things" discuss details for the then-unreleased second season. Watching these two joke around on stage and discuss behind-the-scenes moments was truly a highlight of Comic-Con that year.

Exclusive giveaways are easy to find at many big conventions. Subscription boxes, such as this Geekfuel one, often partner with big cons to pump put one-of-a-kind boxes for con attendees. At BookCon and GeekyCon, free books giveaways are also a common occurrence.

The only downside? There is usually a mad rush to whatever booth or table is hosting the giveaways, so pay attention to social media pages of your favorite vendors. They usually announce giveaway times and queuing details there!

9. Spending the day in the "con bubble"

When at a convention for a day or two or even three days in a row, it's easy to lose track of routines. For that weekend, your life completely revolves around the con's schedule; your mealtimes, bedtime and wake-up time all get thrown out of whack (but in the best way possible because you're having fun with your pals).

After a whole weekend of convention-going, it's super hard to adjust to reality. But on the bright side, you can the coming work week fondly scrolling through your camera roll and text your con friends about all the memories you made.

10. Having a safe space to fangirl

One of the central messages of any nerd con is to be kind to all attendees and guests. This means no harassment, assault or any other kind or rude gesture will be tolerated and most con security teams are not shy about kicking people out for breaking its policies.

Every con I've ever been to has displayed a code of ethics clearly throughout the exhibition halls, such as this one from BookCon. This creates a safe space for all attendees to feel welcomed and to express themselves in any way they like without fear of harm.

Creating a tradition of attending nerd cons with friends and family is a great way to make nerdy conventions a consistent part of your life.

With each con you attend you learn more and more about how to make the most of your experience and what attractions you prioritize over others. Also, the more cons you attend the more you have opportunities to meet other nerdy con-goers who have the same interests as you do.