I Could Not Be Less Sorry For Wanting A BIG Wedding

I Could Not Be Less Sorry For Wanting A BIG Wedding

I absolutely refuse to be called a narcissist for wanting something I’ve been dreaming of since I was a child. 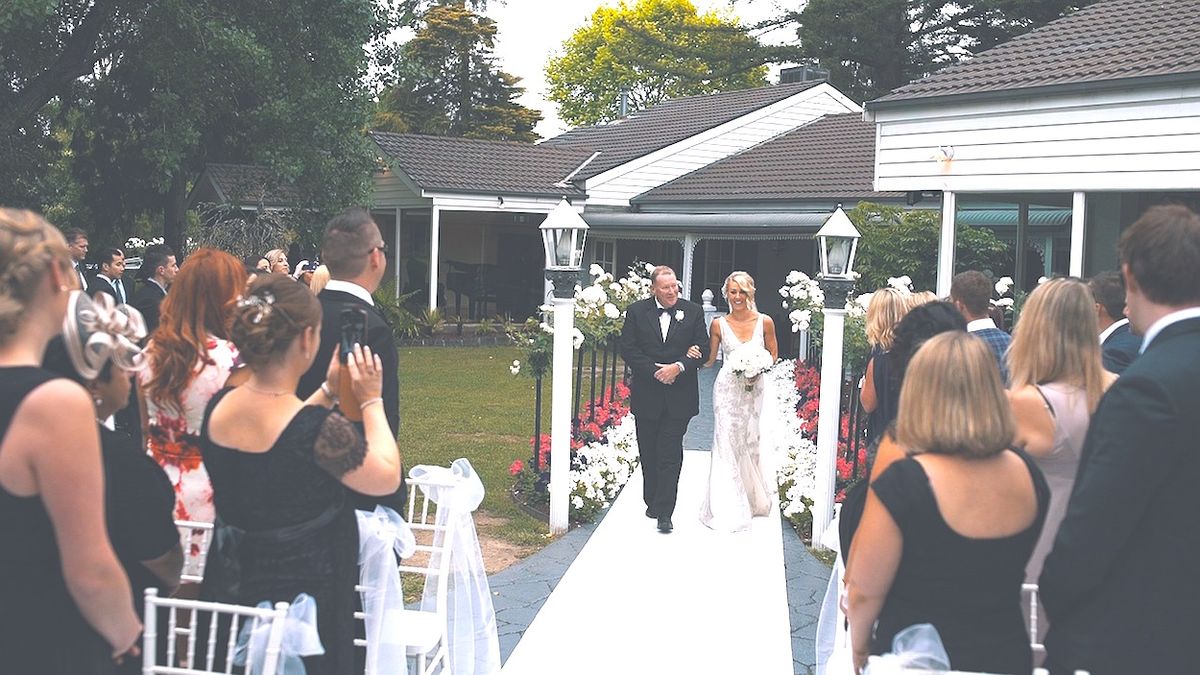 When I was a little girl, my favorite thing to do was dress up my bridal Barbie in her little white ball gown and put on a pretend wedding as my stuffed animals and Beanie Babies watched.

When I was six years old and went to Disney World for the first time, my mother told me I could get whatever Mickey ears I wanted and I chose the Minnie ears with a veil on the back that all the newlywed brides got. As I grew up, my favorite movie was “Father of the Bride” and quality time between me and my sister was watching “Say Yes to the Dress” and crying as we discussed the dresses we wanted.

I’m convinced that in every little girl there is that deep-rooted desire to be a bride.

At one point or another, we all pictured what it would be like to walk down the aisle and have the man of our dreams waiting at the end wiping tears away from his eyes as he sees you in your gown for the first time. Then, you dance the night away and live happily ever after. You imagined what your flowers were going to look like, who you would invite, what kind of venue you would have, and chances are if you were really serious, you had a notebook or Pinterest board entitled “Someday…” or “Happily Ever After” where you put all your ideas.

But one thing I’ve noticed is that whenever you talk about your future wedding day, everyone is quick to say, “Well it’s obvious you just want a wedding, not a marriage.” It’s also not uncommon to see articles and news stories blaming the divorce rate on narcissistic girls who were just in it for the wedding. The argument is that if you truly love someone, then you would marry them anytime anywhere and it wouldn’t matter what kind of wedding you had.

Personally, I find this argument absurd.

I’ve known plenty of couples who “wanted the marriage." Girls who were in their late twenties and felt as if it was now or never so they better get married now before they got too old. Unfortunately, this means that I’ve seen girls marry people they’ve known for 3-5 months because they wanted to be married and start a family at a certain age.

As for the “If you love someone, the wedding won’t matter” argument, I was convinced after my sister’s wedding that I was going to elope because of all the stress I saw her go through. But, when I told this to my family, I was met with immediate backlash. My boyfriend’s mother said, “That’s my only son! You have to have a wedding!” My father said, “You’ve wanted a wedding your whole life, you’ll regret it forever if you elope.” Obviously, I got over my desire to elope pretty quickly.

Some people don’t want a wedding and that's absolutely fine.

If you pictured your big day on a beach with five people, then that’s amazing - go out and make your dream come true. But why shame the little girls who dream of the big, traditional wedding?

Do I want the wedding? Yes, of course I do!

I’ve wanted a wedding ever since I was a little girl and I knew that weddings were a thing and husbands didn’t just fall from the sky. But it’s not just the party I want. The reason I and everyone else loves weddings is because of all the love that comes along with it.

The thought of a happily ever after with the love of your life is what most people fall in love with and the wedding is the celebration of that love. Just because I want the wedding doesn’t mean I won’t love the man I marry with all my heart and I absolutely refuse to be called a narcissist for wanting something I’ve been dreaming of since I was a child.