Waking Up In Donald Trump's America

Trying to make sense of this new reality. 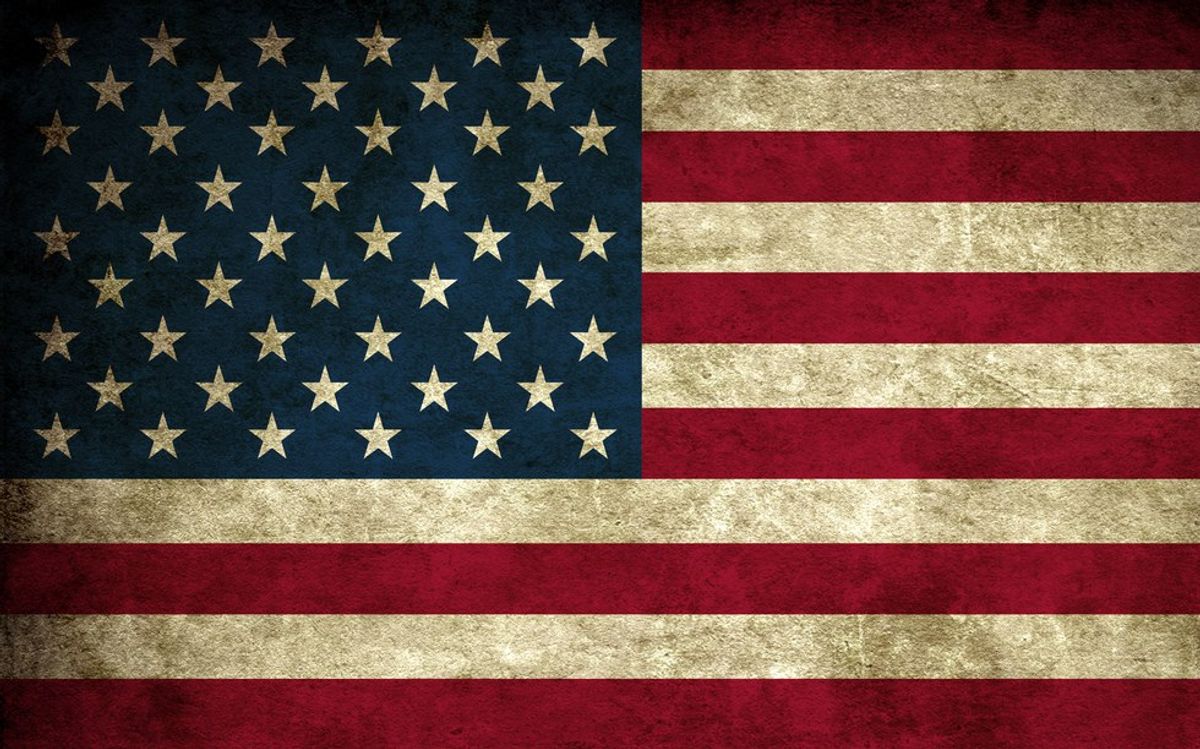 I’m a lucky man. There really haven’t been too many days when I’ve woken up scared for my future and the future of my friends. Today, however, is different. Today I woke up after a few hours of fitful sleep with a knot in my stomach and a layer of cold sweat on my forehead. Breakfast wouldn’t stay down, the shower felt ice cold and I spent the next few hours staring blankly at nothing. I had hoped the sun would help me feel normal, but it was raining.

I genuinely do not know how it happened, but today America has failed itself. We failed to get out and vote, to protect those who need our protection, to defend the environment, to reject racism, to rise above hate speech… the list just goes on and on. And now we will have to watch the first black president hand the White House keys to an openly racist man endorsed by the KKK. F*ck.

Obviously, it’s too soon to make any definitive statements about the future of our country, but a few points have become painfully clear. Trump has the ideal political landscape to enact his vision of the future. Republicans control The Senate, The House, The White House and can nominate whichever justice they want. Trump can run wild in ways Obama or Bush never could. Environmental concerns? F*ck em; the United States Government no longer believes in climate change, we can back out of Paris, cut EPA funding and go right back to coal. Roe v. Wade? Don’t hold your breath; women’s rights now rest squarely in Trump’s tiny, pussy-grabbing hands. Obamacare? You know that’s history. LGBTQ rights? Mike Pence is the Vice President, what more do I need to say? Racial equality? Trump is endorsed by the KKK, called Mexicans rapists, wants to ban Muslims, you know the rest.

I have tried so, so hard to pull out some positives from this election, and though it was a challenge, I think there are a few silver linings here. First, the fact that Trump lost the popular vote isn’t worth much now, but it is nice to know that more people voted for Hillary than racist- ALF.

Second, groups like Black Lives Matter really don’t have to argue that racism is still a problem anymore. The GOP just made a better argument for the existence of rampant racism in the US than any progressive group could.

Third, the social parallels between this election and 1968 (kinda) bode well for social change. Both Nixon and Trump ran similar campaigns (law and order) that relied on knee-jerk reactions from white people afraid of climates that were very vocal about social change. Nixon couldn’t stop the civil rights movement then, and I doubt Trump can now.

Fourth, Trump is inheriting Obama’s economy. Despite what the GOP has spewed for the past eight years, the economy has been steadily improving for the past four years. Trump probably can’t do too much damage in four years (right?), and might even be able to keep the progress going. Hopefully.

Now, though, these little victories really don’t feel relevant. All we can do is enjoy these last few weeks of Obama and hope the system has enough checks to stop Trump from doing any real damage. And look, I would love to be wrong. Maybe Trump really is what the country needs to take the next step and move the world to a better place. But I really, really doubt it.

So, I guess the question is: what now? Well, Electoral College reform seems like a good idea, improving education would probably help prevent something like this from happening again, and the Democratic Party needs to recalculate before it splits apart, but those tasks will take time. Most importantly, the fact that the president does not determine right from wrong. He can be as disgusting, vile and racist as he wants; it’s our job to stand our ground, scream about every injustice we see and protect everyone he might look to harm. Your voice is powerful, use it.