After all, I'm just one person, right? 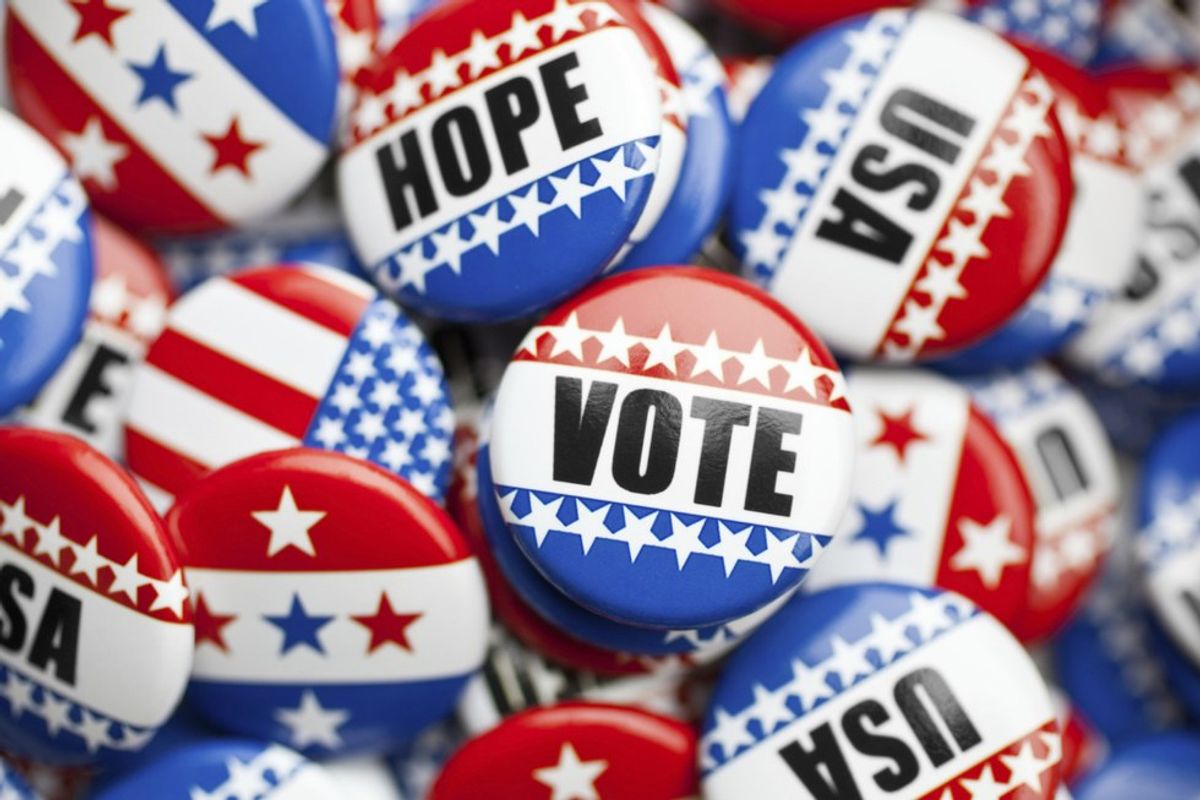 Let’s start this out by saying that I am not a political person, whatsoever. The world of politics is not only difficult for me to understand, but it doesn’t interest me. I tend to avoid conflict, which is almost impossible when it comes to discussing the democratic and republican parties. This made it increasingly difficult during the 2016 election period, which I think we can all agree was filled with a great deal of controversy.

When I received my absentee ballot in the mail, I stared at it for a long time, wondering who to vote for. On one side was a man who uttered rude comments, showed no respect for women and minorities, and had no political background. On the other, was a woman who had her fair share of mistakes, and pushed strongly for a variety of issues that I did not agree with.

The only thing I knew for sure is that I did not want Trump to be the next president of the United States. Clearly, we don’t always get what we want.

As I did my research, I began to look more at the third-party candidates. I had been told countless times that “a vote for a third party is a vote for Trump” or that “third-party votes don’t even matter,” but that didn’t stop me from pursuing that option. I didn’t want to vote for someone who I didn’t support. I wanted to use my right to back up someone that I would actually want to lead our country.

So, I did. I voted for a third-party candidate.

The hard reality is that Gary Johnson and Jill Stein didn’t have a chance against Trump and Clinton. It’s sad to think that in a democratic country like the USA, our choices are so limited. People tend to vote for one of the main parties because of tradition, convenience, or whatever you want to call it. Most people never even consider the other candidates or their views. I was saving out some hope that enough people would dislike both of the main nominees, just like me. Part of me knew that it wasn’t realistic, but I never thought that the republican party would actually win this election.

I followed my gut and ended up feeling guilty for not voting for the “lesser evil.” I shouldn’t have to feel like I made a mistake, but people are blaming third-party voters like me for Clinton’s loss.

So, while my vote was counted, it didn’t really “count.” My one vote may not have made an impact, and it alone could not have changed the results of the election, but I stand strong in the decision that I made and I’ve learned what to do in the future.

If everyone thought that their vote wouldn’t make a difference, then no one would ever vote. Every little bit counts.