No, Your Veganism Won't Single-Handedly Fix Our Climate Problems

No, Your Veganism Won't Single-Handedly Fix Our Climate Problems 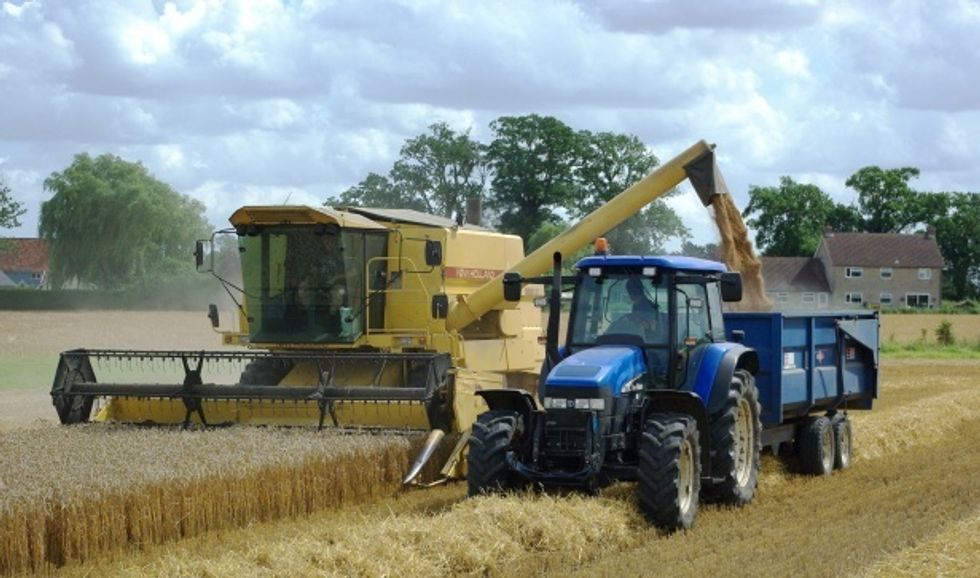 Before I begin, let me offer this disclaimer: I am not trying to put down anyone's decision to cut meat out of their diets. I understand it is a beneficial decision many have made in efforts to improve the health of both themselves as an individual and the world as a whole.

Second, this is not directed at vegans who don't lecture others on how their eating habits are or aren't killing the Earth. If you are a vegan who simply minds your business, feel free to ignore my following points. You are not the audience for this piece.

The audience for this piece is made of the vegans I see so often on social media; the vegans who repeatedly say the planet would be rid of its climate woes if the world's population simply gave up eating meat.

These vegans often portray the decision to switch to their lifestyle as an easy, accessible one that all people should immediately make in order to save the climate before it's too late.

There are a few problems with this mentality, not the least of which being that veganism is not accessible to all people, everywhere. Food deserts and, more generally, food insecurities affect a large part of the American population.

Even in 2018, many Americans do not know where their next meal will come from.

Whether that meal is meat-based or not is probably not their main concern.

Beyond that, this mentality that veganism will save the planet is damaging because it is not fully true. Yes, it is true that the meat industry is a major contributor to carbon emissions.

This article from the Guardian highlights just how damaging current industry practices are to the Earth.

In spite of that, eliminating or even significantly reducing meat consumption does not automatically mean a reduction in harmful emissions and pollutants.

The agriculture industry pumps contaminants into water sources and can leave soil and land damaged and destroyed. This erosion and pollution of soil and water could be significantly contributing to climate change.

In fairness, most of the impacts on climate from agriculture do come from livestock.

However, fertilizers and pesticides are still greatly polluting water and soil. If every person were to remove meat and dairy from the diets, the demand for produce will obviously increase. As the demand for produce increases, it is likely the damaging practices of unsustainable agriculture will only grow in use.

You might then say that every vegan or vegetarian should eat only organic products. This would help eliminate the use of fertilizers and pesticides, right? Well, maybe. In order for this to work, people would actually have to buy organic food.

While organic produce has become more accessible in recent years, it still tends to be pricier than non-organic alternatives. This will pose an issue to some people who need to stay within a certain budget.

There is also the question of whether people will bother looking for and purchasing organic ingredients and foods. As long as produce that is treated with harmful chemicals are purchased, we aren't in a great situation.

By all accounts and measures eating less meat will be beneficial to the climate problems we all face.

However, there is a difference between educating people on the harms produced by the meat industry and lecturing all people about how their diets are killing the planet.

I said in the second paragraph that this piece was for the social media warrior vegans who feel the need to tell all people they have to go vegan and that going vegan rids the Earth of climate change.

Unfortunately, there is no one, single solution to the vast and nuanced changes the planet is going through.

Shifting a problem from one sector to another without any obvious push to fix the root causes of either sector's issue is no way to enact change. Sure, eating less meat is a very good thing, but fighting to dismantle the powerful industries that are working to make profits with no care for the environment would be pretty great for us all, too.

Bottom line: don't tell people things that are at best misleading. Veganism will not single-handedly fix climate changes any more than any one life choice will.

There is no need to spend your time yelling at people on Twitter when you could be doing literally anything else, especially something that could directly help the planet.