Utah Is Weirdly Obsessed With Jell-O

It's green, gelatinous and famous in Utah. 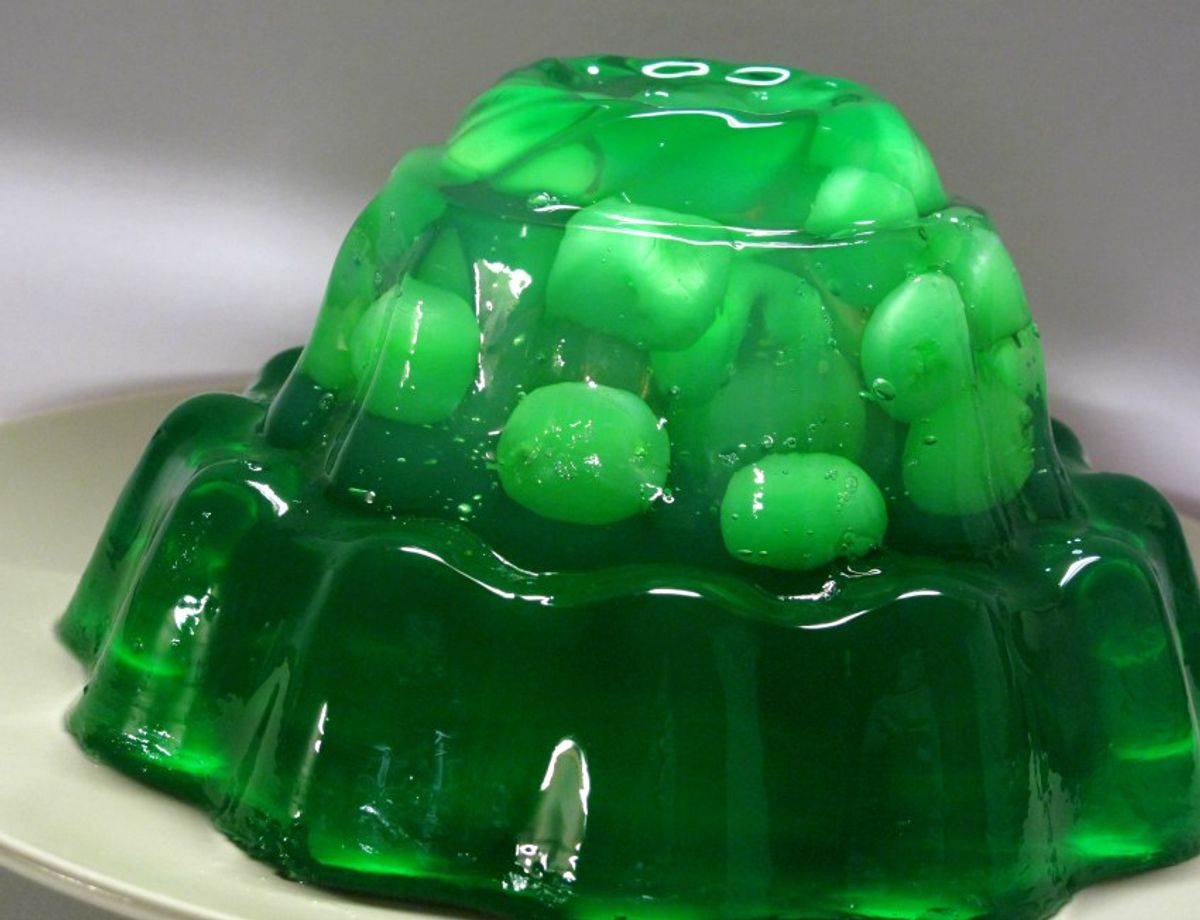 In case you didn’t know -- and I am assuming many of you don’t -- Utah has a weird thing for Jell-O. Salt Lake City consumes more Jell-O per capita than anywhere else in the world. In fact, Utahns love the dessert so much, that they declared Jell-O the official state snack. The beehive state takes its Jell-O very, very seriously.

Don’t believe me? Read on.

Granted, the relationship is a little strange. The jiggly dessert is only a year younger than the state itself. Utah achieved statehood in 1896; the Jell-O brand came into existence in 1897, when a New Yorker trademarked a gelatin dessert and named it Jell-O. In the 1950s, Jell-O entered the packaged food movement. Housewives looking for convenience cooking turned to brownie mixes, canned fruit, boxed pastas and... Jell-O. The easy-to-make dish found its way onto tables across the country, and into the hearts of housewives everywhere.

The intimate relationship between Utah and Jell-O started, most likely, in the late 1980’s and early 90’s. The Jell-O brand was trying to distance itself from its college campus image. Thanks to rowdy college parties, Jell-O had become synonymous with Jell-O shots and Jell-O wrestling. The brand launched a new family-friendly campaign: Jell-O Jigglers. The campaign was a massive success, and families across the country purchased Jell-O in droves. Utah, known for its large families and Mormonism, was no exception.

Many in Utah associate Jell-O as a quirk of LDS culture; in fact, the Wikipedia article on Jell-O ends with a segment on “Mormonism.” If you are from the very square state, you already have been exposed to the astounding variety of Jell-O molds, flavors, and casseroles that exist in the world and the myriad of Mormon cookbooks that document those recipes. These Jell-O creations are often considered family treasures, passed down from mother to daughter.

In the early 2000s, the relationship between Jell-O and Utah was institutionalized. In 2001, the Utah State legislature passed the resolution declaring Jell-O the official state snack. However, the resolution wasn’t without some objection. "The suggestion that Jell-O is the carrot sprinkled glue that keeps families together has pushed me over the edge," said Senator Ron Allen, casting an opposing vote.

Obviously, many Utahns would disagree, citing carrots as an excellent addition to any Jell-O mold. For that very reason, Jell-O became an emblem for 2002 Winter Olympics, and arguably one of the most collected pins from the Olympics that year. The Salt Lake Tribune runs an annual Jell-O haiku contest over Thanksgiving. Utah Senator Mike Lee offers weekly “Jell-O talk.” To summarize, Jell-O is everywhere.

Today, Jell-O is a staple of any Utahn’s pantry. It’s present in every party; it’s just served with raspberries instead of rum. It’s as close to the Beehive state as fry sauce, the Rocky Mountains, and skiing. Whether you are visiting or a native, don’t forget to have some Jell-O casserole next time you are in Salt Lake City.

Oh, and in case any of you are wondering, the winning Jell-O haiku poem for 2015 was as follows:

"Our Arches and Bryce

are nature's pearls of great price,

and our Jell-O's nice.