13 Upcoming Fall TV Shows To Get Excited About
Odyssey

13 Upcoming Fall TV Shows To Get Excited About

How does anyone expect us to be productive with all of these great shows? 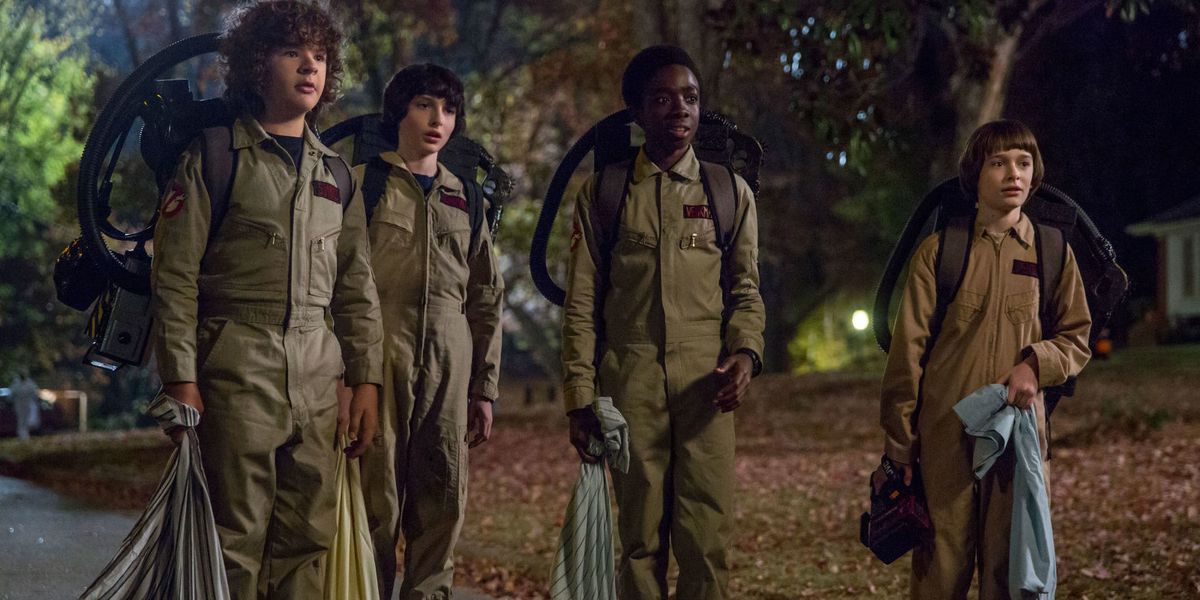 The Fall season marks many new beginnings: a new school year, the changing colors of the leaves, the shift from warm weather to cool weather, and (the most exciting) premieres of new and returning television series. Fall 2017 is sure to be a wonderful time filled with a host of new seasons of our returning favorites, as well as some intriguing, brand-new shows. Here are 13 shows with seasons premiering this Fall that will keep us binging! (Note: Any shows without a season number are series premieres.)

The newest season in the anthology horror series, American Horror Story, is sure to keep us awake at night. Relevant to recent political events, the new season, titled "Cult," centers around a lesbian woman from Michigan, played by powerhouse actress Sarah Paulson, who begins to seemingly lose her mind following the election of Donald Trump. In accordance with the season's title, show stalwart Evan Peters is supposedly playing an insane cult leader of some sort which may revolve around the election. There's all sorts of things to be afraid of this year: killer clowns, a cult, Donald Trump, bees (which have been featured in a lot of the show's promos and also includes that nasty fear of holes people have been freaking out about on the internet recently), and Evan Peter's awful blue hair.

A new series from Family Guy/American Dad/Cleveland Show creator, Seth MacFarlane, The Orville promises laughter for anyone who is interested in what basically seems like a Star Trek spoof at its core. MacFarlane stars in the show as Ed Mercer, a Planetary Union officer who gets his shot at commanding a vessel on missions into deep space. Coming off a recent divorce, the show's first kink appears when Ed finds out that his ex-wife is assigned as his First Officer. Comprising an eccentric crew, the series will likely display the crazy adventures and trials they must face on their exploits throughout the farthest reaches of space.

The Orville premieres on Fox.

Not to be overtaken by it's spoofing cousin The Orville at Fox, CBS is premiering a new Star Trek series called Star Trek: Discovery this Fall. This series will be streamed on CBS All Access, and will look to help CBS move into the industry of streaming shows. 50 years after the premiere of the first Star Trek series, Star Trek: Discovery "will feature a new ship, new characters and new missions, while embracing the same ideology and hope for the future that inspired a generation of dreamers and doers," according to the CBS website. Trekkies, unite!

This is Us struck a chord in millions of viewers as one of last years most unexpected gems. A drama driven by the values of family, love, and the human connection, this series focuses on various characters in various situations whose lives unexpectedly intertwine. This is sure to be among the most anticipated returning series this Fall.

This is Us returns on NBC.

After 11 years off the air, the sitcom Will & Grace returns with a new season. Two college friends share an apartment as they tackle adult life - Will Truman, a gay lawyer, and Grace Adler, a straight interior designer. Will & Grace gained popularity for it's comedy and it's portrayal of a prominent gay character, and is considered a major contributor to helping improve and increase positive public opinion on the LGBT community.

Will & Grace returns on NBC.

A new series from Marvel called Marvel's Inhumans premiered it's first episode in IMAX theaters on September 1, before its television premiere later this month. The series will follow a race of superhumans with awesome powers and abilities. This show will explore the stories of characters like Black Bolt and Medusa, the King and Queen of the Inhumans, and their subjects. Expect great visual effects and Marvel-style storytelling.

For any X-Men fans who were waiting for another entry into the X-Universe, you will be excited to watch the new show The Gifted. The show is connected to the second X-Men movie series, and takes different elements from the comics. The new series centers around a family whose life is thrown by the discovery that the two children possess mutant powers. The ordinary parents and the mutant children must flee the government in search of safety and an underground group of other mutants.

The Gifted premieres on Fox.

The final season of the socially-relevant drama, Scandal, starring Kerry Washington as a former political media consultant and crisis-management firm founder, is almost upon us. Created by mega-prodcuer, Shonda Rhimes, Scandal is credited with helping "usher in an era of programming that better reflects society," according to the Hollywood Reporter. Rhimes wanted the series to end her way, and that is why the show will end after this upcoming season. Loose ends will be tied up.

Scandal returns on ABC. (Note: Video below is fan-made with no new content, but provides good "Previously on Scandal" content. ABC has yet to release a trailer.)

A series that garnered great attention from CW and Netflix patrons, Riverdale is a take on the Archie comics. Teenager Archie and his gang take on the troubled waters of high school, while getting tangled up in a mystery revolving around the tragic death of Jason Blossom. Starring K.J. Apa as Archie, and fan-favorite Cole Sprouse as Jughead Jones, the series will return this fall with more mystery and drama.

Riverdale returns on The CW.

This one is the winner of my Most Anticipated Show of Fall 2017 award. Mr. Robot is the story of a schizophrenic hacker with incredible skills and a desire to save the world from the evils of income inequality. Created, executive produced, written and directed by Sam Esmail, this dark, intelligent series stars Rami Malek and Christian Slater. The viewer takes on the role of the main character Elliot Alderson's imaginary friend, which leads to the inability to trust almost anything you are seeing through the delusional eyes of Elliot. The series is filled with realistic technical production, secrets and incredible acting, and it won the Golden Globe for Best Drama Series in 2016.

The Walking Dead returns this October for a season that's promising "all-out war," according to AMC. The show's ratings were slipping after Season 7, so "all-out war" is something that sounds pretty appealing to give a jolt back to the series. Rick Grimes and the rest of the gang of survivors will do everything in their power to escape the hordes of vicious zombies and other desperate survivors.

The Walking Dead returns on AMC.

Netflix breakout series, Stranger Things, used the power of nostalgia and subtle horror to tell the stirring tale of a group of young friends caught in the middle of some mysterious happenings in their small town. Featuring stars like Winona Ryder and capturing the 80's allure familiar to many viewers, it's story is intriguing as it follows the group of children as well as a desperate mother and a police chief trying to solve the mystery of a young boy's disappearance with supernatural implications.

This stunning Netflix drama that details the life of Queen Elizabeth II from the 1940's to today has become a favorite among Netflix patrons. The series reveals romances, rivalries, and other events that affected the way Queen Elizabeth II came to be known today. The show won the Golden Globe for Best Drama Series in 2017.

The Crown returns on Netflix.

A full list of upcoming Fall television shows is available at Rotten Tomatoes.