The Unspoken Truth About Strangers
Odyssey

The Unspoken Truth About Strangers

A series of questions regarding society's attitude toward strangers. 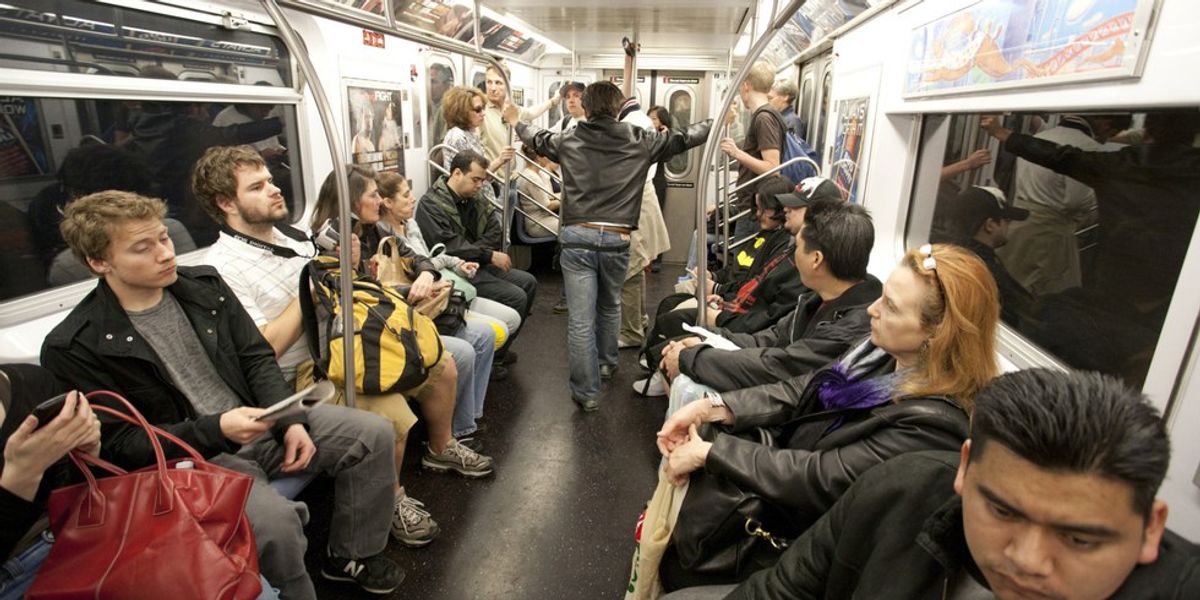 From our first steps we are told constantly not to speak to strangers, not to socialize with anyone unless we know them. But why then is there such a societal pressure to act civil in public? Why do we feel so compelled to make a good impression? What is the reason that so many of us feel an overwhelming humiliation if we give a negative depiction of who we are to a person whom we will likely never speak to again? Why does such a large portion of society feel incapable of going up to a person whom they encounter at a concert, a store or a doctor’s office? How are we expected to meet new people if we can’t speak to anyone who we aren’t formally introduced to by a third party? But most importantly, why do we fear people?

It isn’t a secret that people can be dangerous and by enforcing a “don’t talk to strangers” policy, the chances of one’s child finding themselves in a dangerous situation are significantly diminished. However, there’s a point when this rule no longer applies. But this we are never taught. When is it okay to talk to strangers? When we are single and “ready to mingle”? When we need directions? When we accidentally fall into someone holding a cake on the train? What really justifies speaking to someone for the first time?

I can honestly say that I’ve had bad days brightened by a compliment from a stranger. I’ve also seen the way that strangers have responded to compliments from me. It’s a small, simple gesture that has the potential to turn someone’s day around. But why are we told not to interact with these people? These are people who will either never think about us again or could potentially change your day or life. Why not take a chance? Tell someone you think their hair looks cool or how attractive you think they are. Where’s the harm in saying how we feel if it has no repercussions or impact on our life?

What I'm trying to say is that the “don’t talk to strangers” rule is in desperate need of revision. That rule facilitates anxiety in children but also carries over into young adults ready to explore the world and meet new people. There is a societal pressure for young children to stay with their parents and not speak to anyone who they don’t know personally. This anxiety essentially justifies isolation, routine and an adverse reaction to new experiences in growing children.

The largest conundrum on the topic of strangers is why we are told not to care about the opinions of those who we know but are taught to mind a possible negative perception a stranger may have of us. In my life I've heard, “You shouldn’t care what they think about you,” only said in reference to those who have purposefully tried to lower another’s self-esteem, never about strangers. What I do hear in reference to stranger’s opinions is the age-old, “You’re embarrassing me,” often from parents speaking to their children.

Imagine this scenario: a mother is out to dinner with her 5-year-old son and 13-year-old daughter. They finish their meals and the son asks for dessert. His mother says no, so he begins to throw a tantrum. The mother in a hushed yell, whisper-screams, “Stop it. You're embarrassing me.”

Now imagine this alternate scenario: a mother is out to dinner with her 5-year-old son and 13-year-old daughter. The daughter notices that a girl from her class is having a birthday party at the restaurant and all the kids at the table are from her class. She begins to slide under the table to hide from her classmates. Her mother quickly notices and asks her daughter what she's doing. She responds, “I don't want them to see me here with my mom and brother. They’ll think I'm lame.” The girl’s mother, finding her daughter’s response both ridiculous and offensive says, “Why do you care what they think?” The daughter, baffled and without an answer, responds with a shrug. “Exactly,” the mother says, “You shouldn’t care what they think.”

Now how is it that we’re told that it’s reasonable to be embarrassed by a child, doing a normal, age-appropriate, child-like thing in a restaurant while surrounded by strangers, yet it is somehow less reasonable to feel awkward and self-conscious when encountering a party while with your family, which invokes feelings of embarrassment and humiliation? It seems rather ridiculous to me that we are taught to be polite at the expense of our comfort to maintain a certain image which means nothing to those around you, yet feeling ashamed in the presence of acquaintances is regularly shunned and considered shameful.

I am in no way insinuating that children should be taught to not be cautious around strangers. In fact, it’s quite the contrary. I am proposing that people be less strict about what does and doesn’t matter in terms of the perceptions which a stranger may have of them. Continue to be cautious around new people. Never leave the premises of which you met. Never get in a car with them. Stay around people. If you are accompanied by a parent, make sure to remain aware of their location. Most importantly, don’t disclose personal information, but don’t refrain from meeting new people because you are afraid that they may judge you. Don't change who you are because you are scared your character will be perceived in a negative way. Just live life and maybe you’ll sit down and you'll meet someone somewhere just trying to live their life.