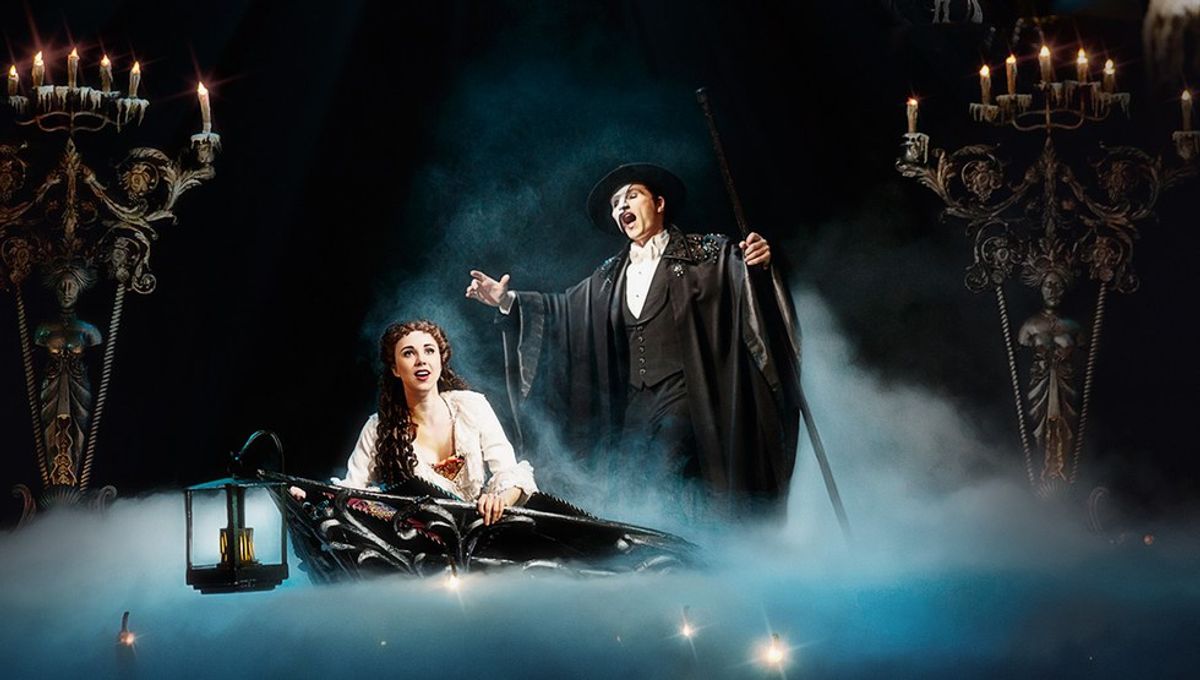 As a younger kid, I, like a lot of people really disliked Cossette and wanted Eponine and Marius to be together forever. But as I got older I started to understand that he doesn't owe Eponine anything. Just because she likes him doesn't mean he owes her his love. And even though it's hard to accept sometimes and it might be sad, it's very true. And I started to like Cossette a lot more. For the first years of her life she was horribly treated and she still was able to grow into an amazingly caring and beautiful person (this doesn't mean that I accept that she is one of the only ones who don't die though).

2.) I like the Spanish lyrics in the last 'West Side Story' Revival

I thought that the Spanish lyrics put into the revival of 'West Side Story' were excellent and entertaining. It was cool and creative to give the characters from Puerto Rico some songs in Spanish and I think a lot of people didn't think about how hard it must have been to change the language of the lyrics and still have to have them rhyme and make sense. Also, I loved the revival overall and think some aspects were better than the original. And the lyrics were written by Lin Manuel Miranda because he did amazing things before 'Hamilton' and even 'In the Heights'!

3.) The Phantom and Christine

I don't understand why so many people ship these two, sure, Raul isn't my favorite person, especially because of 'Love Never Dies,' but I can not condone the Phantom's controlling and manipulating hold on Christine. He made a creepy life sized doll of her in a wedding dress... I mean COME ON!!?? He pretended to be her dead father...??!!

I love Stephen Sondheim, do not get me wrong. But I think in peoples rush to praise him they forget about other amazing classic composers like Rogers and Hammerstein or Kander and Ebb, or new rising composers like Pasek and Paul.

I'm sorry if you guys don't agree but I love Billy Joel. I feel that his music has a beautiful story telling element that a lot of other song writers don't have and as a musical theater super nerd that is what I look for. I wish this musical stuck around longer.

I feel that this spectacular actress does not get enough credit for the impression she has made on the musical theater world. She usually originates roles rather than recreating them because of her unique and beautiful look and voice. She also has a very interesting and powerful way of using dynamics through singing that I don't think any of the other "greats" have. I personally think her Mama Rose was amazing and it equals Patti LuPone in her performance.

I do not think that the troubles in 'The Last Five Years' are all Jamie's Fault. Kathy never grows or changes and Jamie doesn't think it's his job to always make Kathy feel better if she will not do anything to help herself. She wanted a hero to save her (" I could never rescue you") but that isn't how a good, solid relationship works and Jamie realizes this. Not saying it's all Kathy's fault either. I do believe that cheating is one of the most disgusting things you could do but I also think he is not the villain of this story.

People think that he is too "simplistic" as a writer. Listen to the orchestrations he made for Evita and how sometimes their is a rock band in the pit and all of a sudden it becomes an orchestra. Listen to the Cast Albums of 'Evita' and 'Jesus Christ Superstar' and listen to the complicated and unique parts of these shows, you will change your mind.

It had flaws sure, but it was slammed and it shouldn't have been. It was an entertaining piece of theater and I especially loved Laura Benanti and Patti Lupone's performances.

I just think she's overrated. I'm sorry but i just find that the people who revive her roles are more enjoyable to watch if I am being completely honest. I feel that she is a little too over the top all the time.

It has the record for most years on Broadway for a reason. I love the music and the plot as well as the lavish set and exquisite costume design. For me it just never gets old and I think a lot of people bypass this musical before they get to know it.

I just don't see the appeal. I don't like her voice and I feel like she plays the same character in every show.