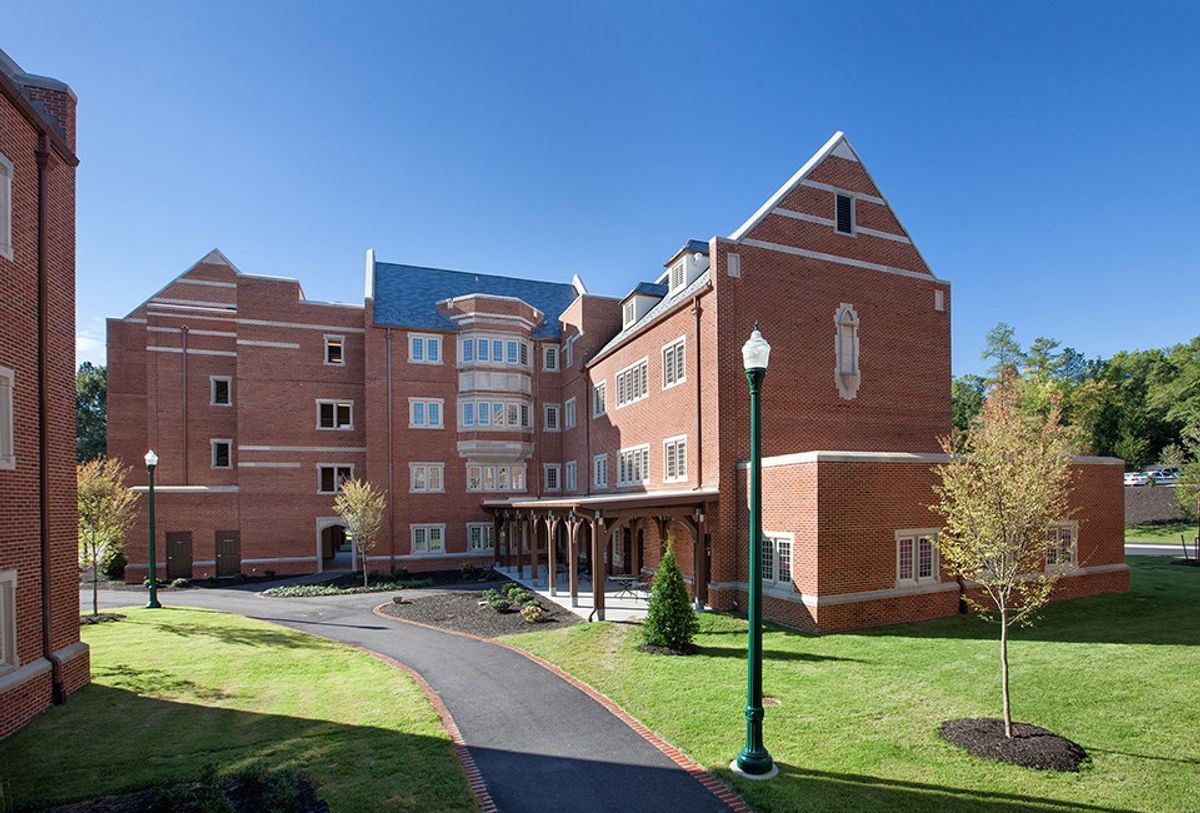 Things I don’t like: subjective lists. Things I like: statistics. By request of a random YikYak I came across requesting an Odyssey article on the best dorms; I polled the Odyssey staff for their input on the best dorms. Here is the result!

Unparalleled. Gateway swept the rankings with every voter ranking the Gateway apartments as the best place to live on campus. It has single rooms, beautiful buildings, a community feel, in a fairly central location, and perfect for pickup basketball, soccer, volleyball being right next to the IM fields.

“Gateway by far is the nicest living arrangement on campus. Your time slot has to be before 10 a.m. to score one of those.” – Odyssey writer

"It's gorgeous and it's actually more conveniently located than I thought. It's the best of both worlds having roommates and having my own bedroom. Living here made my entire year." - Hannah Matheson

On top of that laundry rooms on every floor and central location make Lakeview a very convenient place to live.

Myself personally was surprised to see Westhampton ranked number three. It is the newest dorm on campus, but not quite as luxurious as Lakeview. It is also on the edge of campus making for a long walk to the “Richmond College” side of campus.

Jeter and Thomas are the two oldest dorms on campus built in 1914. They were both subject to a major renovation and re-opened last year. The result was fantastic making them both some of the best dorms on campus.

“I love living in Jeter. It's so cozy and my room is basically like a hotel.” -Odyssey Writer

UFA is by all means a very average apartment, but it’s an apartment. Its construction is pretty cheap compared to many University buildings and you do have to share a room. With that said, how nice do you really want it when you pack 50 people into an apartment party? UFA throws down.

“I've loved living in UFA so far! It's really spacious and the two floors is really nice.” -Meredith Scroggin

Thomas’s facelift was not quite as nice as Jeter’s but you have to love that castle looking tower sitting on the top of the hill.

Coming in at number seven we have a freshman dorm! The much beloved “LoRo.”

“LoRo is the nicer of the two freshmen girl’s dorms, but it is still a freshman dorm. You feel kind of isolated from the rest of Richmond because it's far away and only freshmen.” - Caitlin Helsley

Freeman is a very solid dorm on all accounts. Solid location. Solid lounges. A nice number of single-double suites. I would argue that there is a drop off right here.

Gray is the largest dorm on campus. Aside from that, it is pretty ordinary. Rooms are suite-style and on the smaller side. Hallways are small and the ceilings are low which makes it feel a little cave like.

Keller an interesting dorm. It has very nice architectural features, but can feel a little old. It almost gets forgotten as a dorm as it is connected to the Modlin center.

“I lived in Keller last year and while it was nice to have big rooms, the bugs grossed me out!” -Meredith Scroggin

While Moore may not be as nice as LoRo its closer to where "it happens" in the freshman boy’s dorms.

Robins is a very nondescript dorm. And for being mainly a sophomore girl’s dorm its ranking below the two freshman dorms says it all.

Dennis is unquestionably the nicest of the freshman boy’s dorms with its lounges being the selling point.

Atlantic and Pacific are often forgotten. They are two houses located near the lodges and only about 15 people live in each. Atlantic is a bit better than Pacific and has a nice porch.

It’s quite and most of the rooms are singles. For sophomores, Atlantic and Pacific may be preferable than the other sophomore option on the list ranking two slots below.

It’s infamous. While it may not be pretty many guys will look back and smile on their time in Marsh if you like it rowdy.

Oh South, it’s not pretty either and like Marsh has a rowdy reputation. This year with girls also living in South it may be looking for a new identity. I assume most are counting down the days till they get to move into a renovated North Court next semester.

This comment I got also sums up South pretty well… “cockroaches.” -Odyssey writer

The move-in situation was a mess with a bedbug infestation causing all of Wood’s residents to live on cots in the Weinstein Center for a few days. Even without the bedbugs Wood does not have a lot going for it.

*Omitted: North Court while it is under construction.