Did You Know That University Of Maryland Has A Haunted Building?
Odyssey
CurrentlySwoonLifestyleHealth & WellnessStudent LifeContent InspirationEntertainmentPolitics and ActivismSportsAdulting
About usAdvertiseTermsPrivacyDMCAContact us
® 2023 ODYSSEY
Welcome back
Sign in to comment to your favorite stories, participate in your community and interact with your friends
or
LOG IN WITH FACEBOOK
No account? Create one
Start writing a post
Politics and Activism

Did You Know That University Of Maryland Has A Haunted Building?

Don't look in the windows. Something might be looking back. 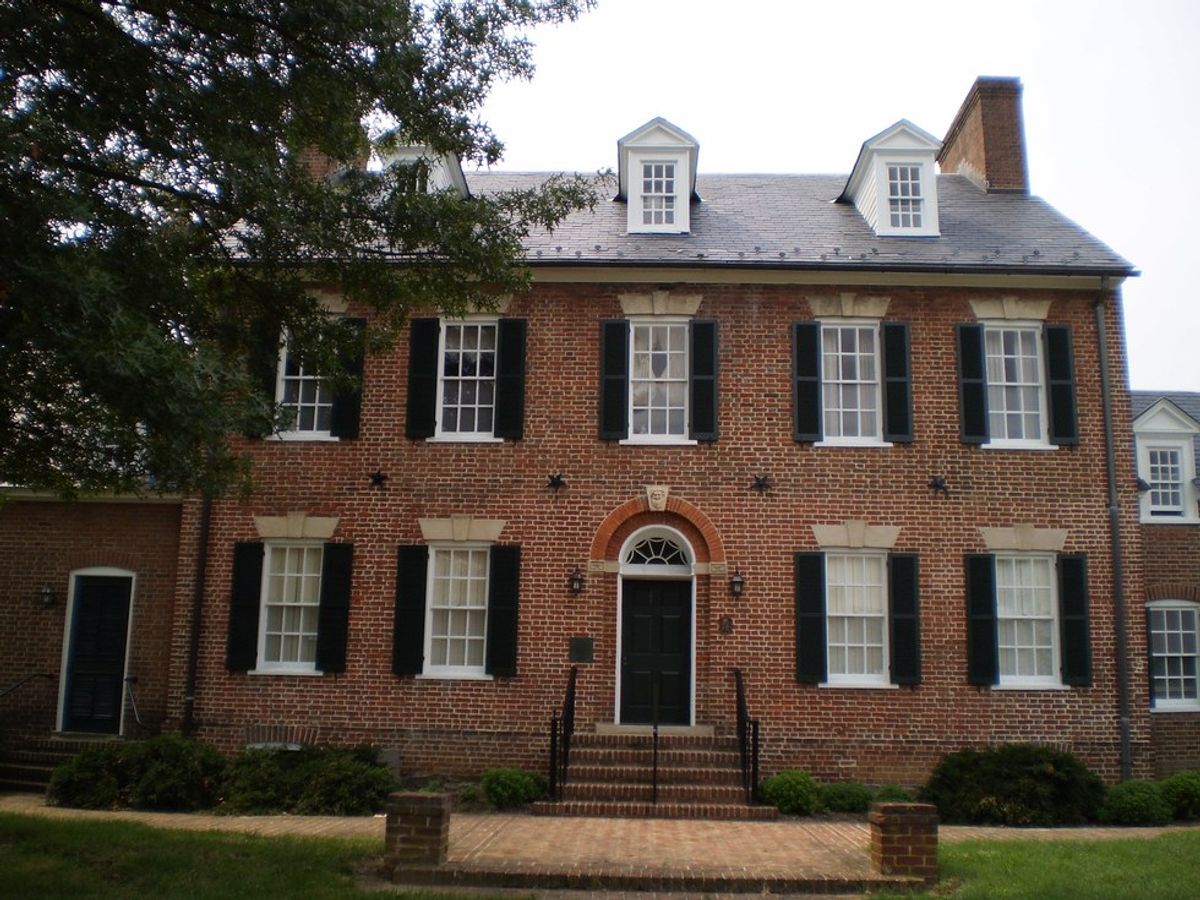 Built in 1812, Rossborough Inn is the oldest building on University of Maryland's campus. The building, listed as a historic site, sits just behind McKeldin Mall on Route 1. Before the owner donated the land it sits on to the Maryland Agricultural College, now known as the University of Maryland, the Inn was originally used as a way-station between Baltimore and Washington DC. The building now houses the UMD Admissions office.

Between its construction and its current usage, the inn once served as headquarters for Confederate Army General Johnson. While the general was stationed at Rossborough Inn, a nurse named Miss Bettie managed the building. According to staff at the Inn, Miss Bettie's ghost still lives within the walls of the building.

Multiple sightings of Miss Bettie have been reported. Larry Donnelly, a dining services worker, saw a ghost walking around the building while the Inn was being renovated in 1981. The ghost was seen wearing a yellow dress resembling those worn during the Civil War period. A few weeks later, the ghost was spotted again by another staffer.

But the haunting doesn't stop at sightings. Unexplained occurrences that were reported at the Inn have been attributed to Miss Bettie. Reports include vases of flowers appearing on their own, doors opening and closing on their own, lights turning on and off, and the sound of footsteps being heard overhead. Some people have even claimed to see a face in mirrors and windows.

In May of 2012, a group of a paranormal research investigators visited the Inn. They stayed overnight, setting up cameras for their investigation. While difficult to hear, their microphones captured some spooky sounds- the voices of people saying names and outdated expressions.

Rossborough Inn isn't the only haunted building on campus, though. Marie Mount Hall is said to be haunted by its namesake, who can be heard playing the piano during stormy nights. Kappa Delta sorority house's founder, Alma Preinkert, was stabbed to death by an intruder in 1954. Her ghost is said to haunt the house, where there have been reports of mysterious girls in white dresses dancing on the deck during the summers.

As if you needed anything spookier than an unsolved-murder haunting, rumors have it that McNamee cemetery (yes, there is a cemetery on campus) was not bricked over to prevent people from disturbing the graves, but to prevent those buried from disturbing campus. Four-year-old Albert McNamee burned to death in 1904, and is buried in the cemetery.

From the sound of heels tapping on the floor of empty rooms in Hornbake Library, to ghostly apparitions of suicide students in Easton Hall, University of Maryland is home to more than a dozen spooky sites, leaving students with plenty of creepy places to visit this Halloween.

Nicole Marie Nigro
Individual Creator
4006
c1.staticflickr.com
Where to start...... Let me start with the cliche that life throws us curveballs and what we do with it is what counts.