"You don't look black." My life story in one sentence. 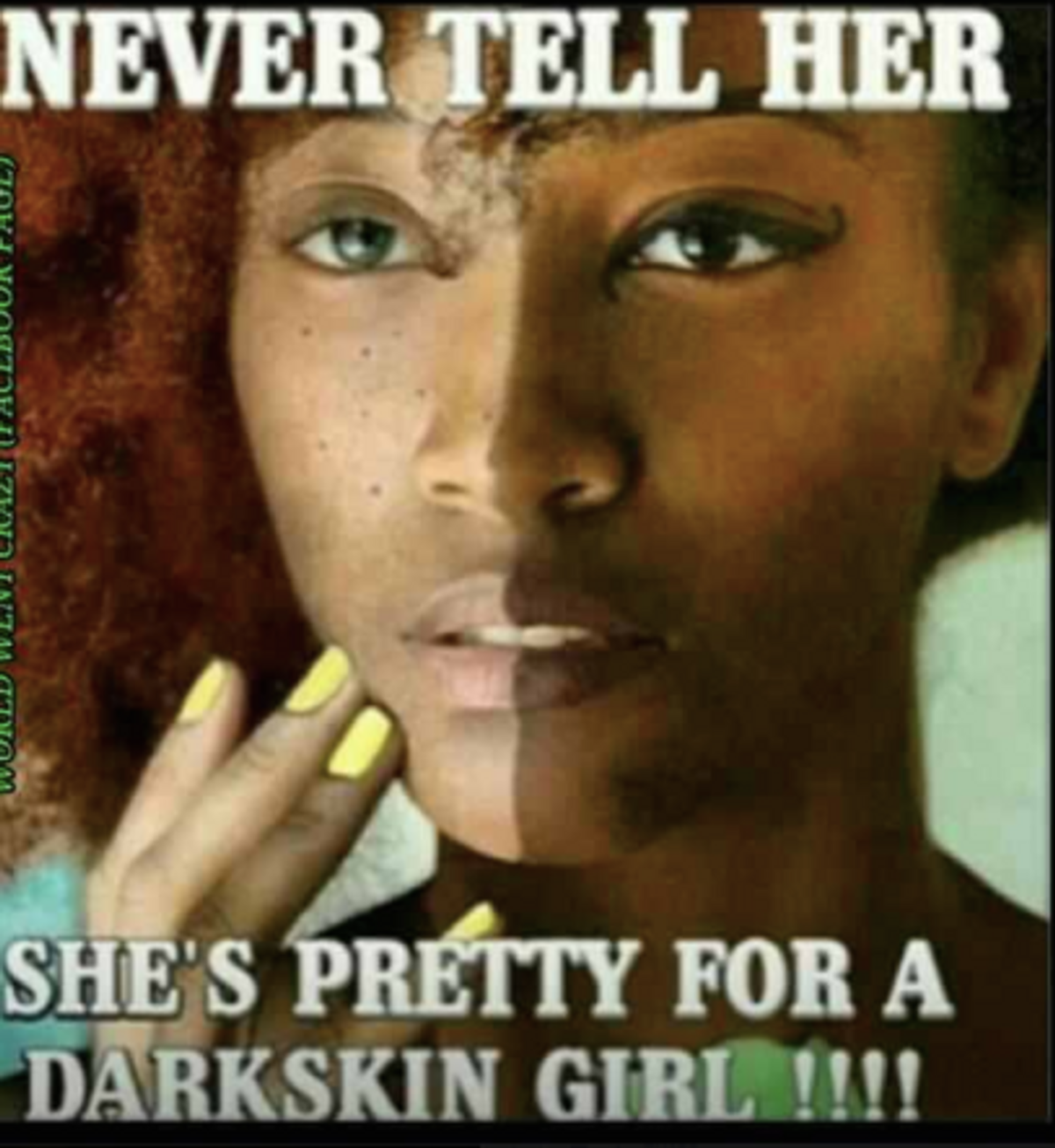 During one of my visits to New York City, I took a trip to Forever 21 in Times Square. There was a woman in line in front of my mom and I who seemed to glance at us every few seconds. It looked like she was contemplating something. Eventually, she turned around and began to speak to us in Portuguese. I believe she was asking a question, but neither of us could understand the language. I realized then that she had been analyzing us to determine what race we were. These interesting experiences seem to happen to my family and I all the time and it got me to thinking about what it actually means to be racially ambiguous.

To be racially ambiguous means that one’s race is hard to define. People who come from a biracial background are often considered to be “racially ambiguous” or “in the grey area.” Yet, they are not the only ones who can be used to describe this term. It can also be used to describe people whose appearance is similar to that of a different race, meaning in which it is hard to determine their race simply by looking at them or they appear to be conceived of more than one race.

Growing up in a world bred on stereotypes causes misconceptions among people, especially about race, but it's not always a bad thing. Most of the time throughout elementary school and high school, I was mistaken for so many different races. Maybe it was my eyes or the way I wore my hair that made people question my racial background. Maybe it was a combination of these things.

As a result of my light skin complexion, the most common thing people mistook me for was biracial. Usually, they assumed that one of my parents was white and the other was black. Sometimes, it was frustrating because people would insinuate certain things about me because of it. Some of the “compliments” they gave took away from my racial identity and that is important for minorities to have in order to develop a sense of self. My skin tone does not necessarily define who I am, but my culture is something that is embedded in me and that I should be proud of.

Getting mistaken for another race is not a bad thing and at most times can be a heart warming compliment, but when it is paired with ignorant comments it can strip a minority of their true self. For example, a Caucasian individual could say that an African American individual looks more "exotic" than what race they actually are. In this context, the word exotic highlights highlight how demeaning a supposedly innocent compliment or question can be when phrased a certain way. These types of remarks insinuate that their actual race is not as beautiful because their features are not perceived, or seen, as exotic or interesting. It can be highly offensive to minorities.

Minorities these days are pushed into the background in mainstream media, so their personal morale is already quite low amongst communities when it comes to physical appearance. Sometimes careless remarks as such stated above can have unintended negative connotations and can lead to lower self confidence. It's important for people to think carefully before giving a race driven compliment and carefully word it so as not to come off disrespectful.

As stated above, inquiring about someone’s race should not be viewed as detrimental. It can be used as an opportunity for people to learn new things about others’ culture and to expand their horizons. Likewise, it gives minorities an opportunity to teach someone about their culture and could become a learning experience for them as well. A small thing like a question or a compliment can go a long way.

Nicole Marie Nigro
Individual Creator
9528
c1.staticflickr.com
Where to start...... Let me start with the cliche that life throws us curveballs and what we do with it is what counts.