I can't stop thinking about what other people think of me. 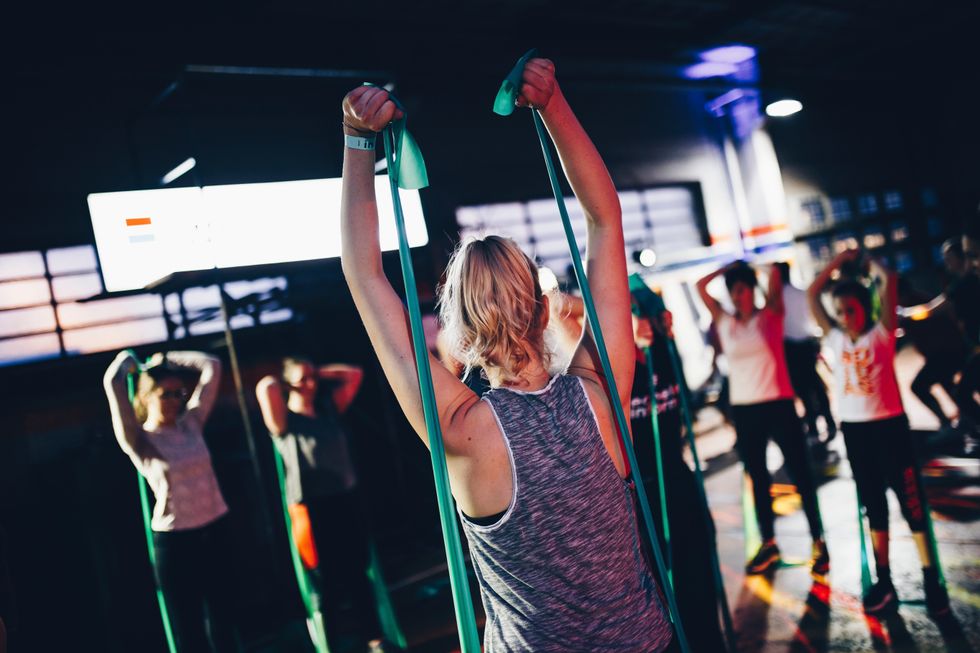 I'm the girl who invariably finished the timed mile last in middle school. I was so bad at running that all the other kids clapped when I finally got to the end of my last laps. I routinely skimped on my push-ups in P.E. In fact, I did the bare minimum in every exercise, a low standard I wouldn't have accepted of myself in academic classes. But I hated the feeling of being behind everyone else, made conspicuous by my inadequacy. I tried to minimize that shame.

Now, in my second year of college and three years removed from the last time I was obligated to exercise in front of other people for a grade, I am once again enrolled in fitness classes, but this time, it was mostly voluntary.

Having been denied any sort of innate athletic skill by the universe, I am largely sedentary. I have no natural interest in playing sports, and I only embarrass myself when I try. I don't have enough discipline to go to the gym and endure that kind of public humiliation on a regular basis, so I've never had a fitness regimen.

But my lifestyle has started raising my dress size and doctors' eyebrows alike, so here I am, fitting the adult version of gym class into my schedule and willingly subjecting myself to that classic last-person-picked-in-kickball middle school paranoia once more.

Because I can't stop thinking about what everyone else is thinking of me.

I'm already bigger than most of them—I was back in middle school, too—and my body doesn't look like theirs when we twist and bend. I'm neither coordinated nor flexible; in yoga class, I concentrate so hard on not falling over that any relaxing benefits of yoga are lost on me. In Pilates, I have to do planks with my knees down, and I'm usually the only one. In spin class, I set my bike to the lowest or close-to-lowest resistance, but I still sweat harder than anyone else.

For me, exercising has always meant being on display. Granted, as a generally anxious person, I live most of my life this way: I am always on high alert about how other people are reacting to me.

But exercising compounds this anxiety until it's suffocating. Because I have no control. I can't choose whether I come across as calm and composed, because I'm flushed and sweating and always falling just short of average. My failure is always visible. I can see it in the mirrors. Everyone else can see it if they choose to look. And my hyperactive mind persuades me that they always do.

My father, who has passed military fitness tests with flying colors for the past twenty-five years, has been trying in vain to find my athletic calling for as long as I can remember. When I was nine, it was softball, because apparently, I wasn't half bad at throwing and catching. When I was fourteen, it was tennis, because I had reported not hating badminton in P.E. and tennis was its sportier sister. When I was sixteen, we would go on morning mile-ish runs where he kindly slowed down to walk as often as I needed to—which was a lot.

He's always maintained that exercise has restorative properties, that it can release tension in the body and mind alike. I think that's a common belief among many naturally athletic people.

But I can't express strongly enough how demoralizing it is for me to exercise. I'm never good enough. And other people can see it, whether I'm running through the neighborhood or on a treadmill in the gym. Instead of being a respite from the stress of my life, exercise significantly contributes to the stress in my life.

I think that at the gym, in my freshly-purchased workout clothes with a yoga mat under my arm and a water bottle in my hand, I can pass for a sporty girl. In the mirrors, waiting for class to start, I'm almost surprised by how complete the illusion is. That's a stranger, a version of myself I have never been able to be.

Because once we get going, I'm lagging behind before we've even truly begun.

In the locker room afterward, trying to talk myself out of panic, I try to frame it differently: Isn't it courageous, to know you're not good at something and to do it anyway?

But if that's true, I've never been able to reconcile it with my life, in and outside the gym.

I know everyone else is focused on their own pace, not mine. I know we're a self-absorbed species, we only pay attention to our own mistakes, and therefore no one else lies awake at night cataloging my shortcomings the way I do.

But every time I go to the gym, I forget.