Why Televised Sex Is Bad For Your Relationship
Odyssey
CurrentlySwoonLifestyleHealth & WellnessStudent LifeContent InspirationEntertainmentPolitics and ActivismSportsAdulting
About usAdvertiseTermsPrivacyDMCAContact us
® 2023 ODYSSEY
Welcome back
Sign in to comment to your favorite stories, participate in your community and interact with your friends
or
LOG IN WITH FACEBOOK
No account? Create one
Start writing a post
Relationships

Why Televised Sex Is Bad For Your Relationship 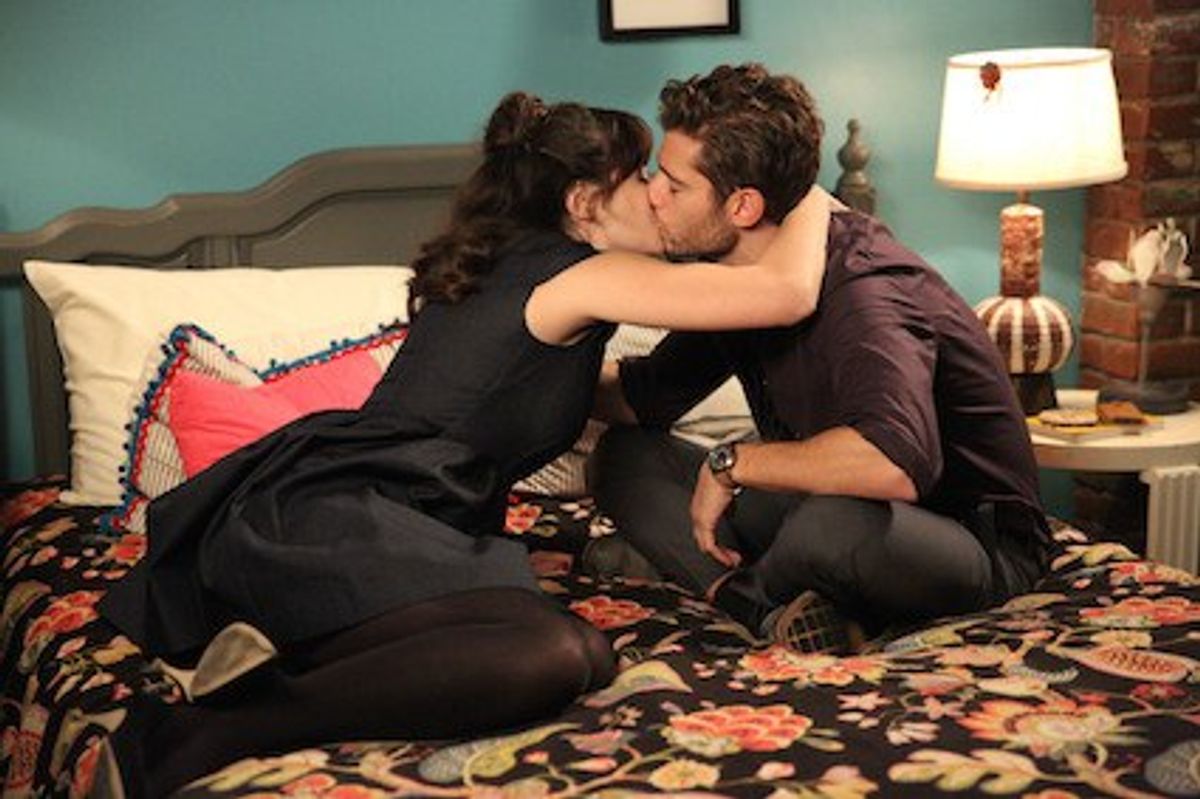 I have recently started watching the show "New Girl" and for the record, it’s amazing. It’s funny in both really witty and silly ways; the characters are engaging and sweet, and I love following this group of friends from episode to episode. However, for all its strengths, "New Girl" is clear example of what I view as a growing problem in our society and media. In the show, the dividing line between romantic and platonic love is sex. I have noticed that while characters may kiss, go on frequent dates, or even be considered a couple, the “seriousness” of their relationship is dependent on whether or not they have slept together.

The main romantic arc, as of season 2, involved the buildup of two main characters revealing their feelings for each other, but nothing ever really happened with their relationship until they ended up sleeping together. The increasing openness around sex in our society and media, I believe in general, is a good thing. Sex is natural, to many it is extremely pleasurable, and by being more open and accepting of it as a part of our society we decrease shame and increase education, which helps leads to better health and safety practices, and decreased abuse. However, the problem with our increasing portrayals of sex in the media is that we are not departing too far from the traditional narrative around sex.

While sex for a long time, and to some extent remains, been a taboo subject in western society, it has always been expected that husband and wife would actively be engaging in it; so much so If a married couple were not expecting a child within a few months after their wedding, it could be a cause for concern about the health and happiness of the couple. Though not openly talked about, western culture has held the idea that sex equals love and happiness. This, however, is a vast simplification. Relationships consist of so many parts: from long conversations to short texts, going on nice dinner dates to reorganizing kitchen cabinets, being able to spend time with one another both in public and in private. Relationships are messy, especially romantic ones, but they can be superbly beautiful. In many people’s romantic partnerships, sexual compatibility is an important part. But when shows place heightened attention on sex within relationships, it creates the idea that sex is more important than these other parts, when really it only has a small part to play.

With the increasing emphasis on sex within fictional relationships, it additionally fosters the idea that a romantic relationship cannot be happy, fulfilling, or lasting without sex. This in turn creates an ostracizing narrative for those of the asexual community. Asexuality is a sexual orientation defined by a person's lack of sexual desire. It is very little understood or even known about in today’s society. It makes sense that in a culture that continuously moving towards accepting that humans have and desire sex why individuals who do not fit this mold would be so misunderstood, but they exist. According to a scientific study done at Brock University in St. Catherines, Ontario, approximately 1% of the total population is asexual. Just like all other sexual orientations, asexuality can have a slightly different definition for each person, and asexuality itself is a spectrum. There are some people who are utterly repulsed by sex, while there are others that identify as asexual who enjoy sex but have no desire to seek it out, and there are many others who do not care for it one way or the other. The main connection between asexuals is that while they have the same desires for intimacy, connection, and relationships that the rest of the population has, sex is not a factor within these desires. Not only are asexuals nearly nonexistent in the media, by placing an increased emphasis on sex within fictional relationships, it only serves to create more misunderstanding by those who desire sex onto those who don’t, and self-questioning and potential self-hatred for those inside the asexual community.

To be fair to many TV shows, the relationships that consist only of sex never seem to last longer than a few episodes. In New Girl, relationships deal with open communication, personal goals, family planning, and many other complex topics. But central to all romantic relationships I have seen on the show is sex. This article is not to say sex isn’t important to relationships. To many people it is, and fictional relationships should reflect this. But we need more stories where it is not essential. We need more stories where when a couple stops having sex it is not a sign of their impending demise. We need more stories where when one person is uncomfortable about having sex, the other ones says it's ok, rather than convinces them everything will be ok and they have this magical experience. Sex is a part of today’s culture, and it should be recognized and represented. But there is so much more than sex, and our love stories should reflect that.

An Open Letter To My Favorite High School Senior