We all know we're going to end up binge-watching something, so why not something new? 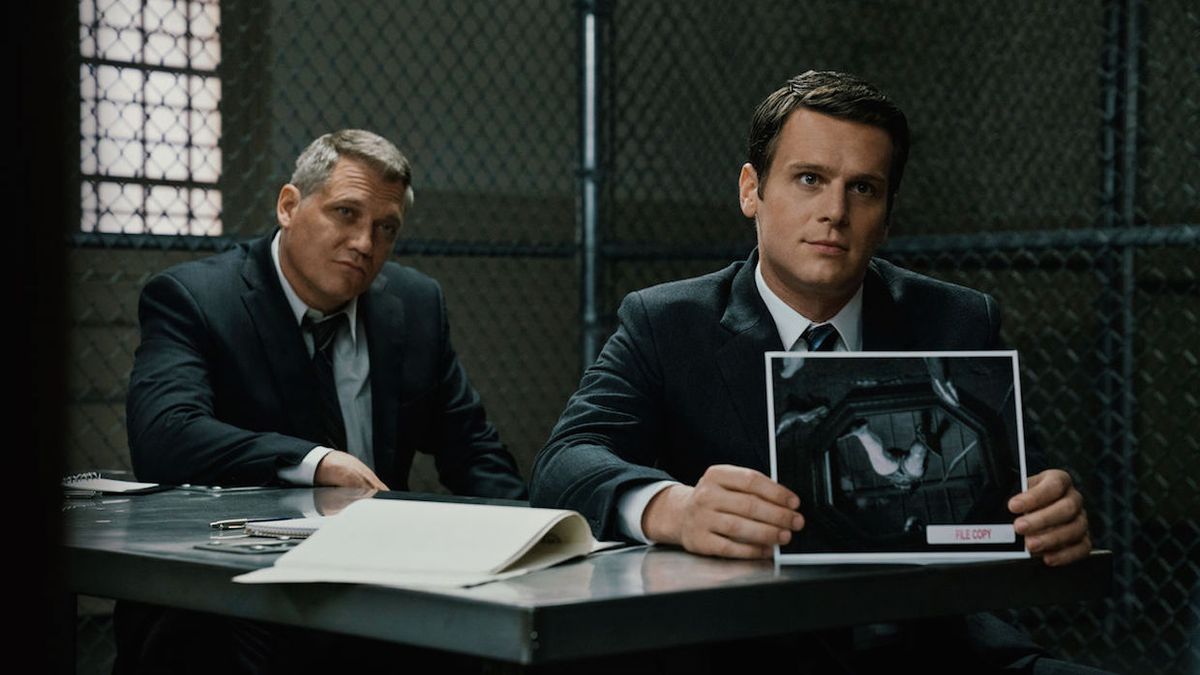 You guys, summer is here! It's going to be great. Finals are over, the stress is gone, and that feeling of utter bliss is finally setting in - just like we've all been waiting for.

I know that many of us have plans, too, whether it's going home to work a summer job, spending the day at the theme parks or the beach, going on trips, or taking summer classes, we all have things we want to do. But those things aren't going to happen every day. We also need time to recover from school and take time to chill. And when that happens, we all know what we'll end up doing: binge-watching television shows, obviously.

That's why I put together a list of 7 uncommon television series that you most likely haven't seen before (because we all know that "The Office" is great and all, but watching it over for the fourth or fifth time gets old).

This show, set in a 1990s-era White House, details all of the day-to-day comedy, drama, scandal, passion and hard work that unfurls within the Commander in Chief's closest circles. "The West Wing" features a president that knows what he wants and is passionate about his beliefs, sparking political debate all over the country, while his staff attempts to balance those beliefs with their own, alongside the realities of Washington, D.C and the rest of the government. It's a groundbreaking show that will inspire a passion for politics among those who avoid the topic, can be used as an educational tool for people who don't know much about government, features hilarious, rapid-fire dialogue that can make anyone cry-laugh and creates a love for the wonderful characters that love what they do. Despite this controversial time with politics that seem to be out of this world, "The West Wing" will definitely bring out your patriotism, passions, and ideals. This show stars Martin Sheen as president, alongside a fantastic young Rob Lowe, and a hilarious Toby Ziegler. It's simply a must-watch. Plus, Ziegler's character is literally all of us.

Okay, so good news: I've never seen any of the Dragon Ball Z series before, and I love this one! This show is actually a YouTube series by TeamFourStar. DBZA is essentially Dragon Ball Z for adults and is one of the most hilarious shows I've ever watched. Each 20-minute episode summarizes an episode from the real show, using quality voice actors and successfully making it appealing for those who haven't seen any of the Dragon Ball series before. This series features over 60 episodes of Goku, Gohan, Vegeta, Krillin and Piccolo fumbling around the galaxy as they try to fight bad guys, or in Krillin's case, try not to die. It's heartwarming, emotional, comedic and just plain stupid. Definitely a good one to watch when you have the time!

Love crime shows? How about documentaries? Then boy, do I have the show for you. This docudrama was filmed over the course of ten years, and details how Steven Avery, a man who was wrongfully convicted and then set free, made it his duty to expose corruption within local law enforcement. He then suddenly became a prime suspect in a criminal case with incredibly high stakes. It's an addicting show with ten episodes, ranging from 45 minutes to an hour. This show is designed so that you're asking questions you never thought you would and re-evaluating who and what you put your faith in.

I know most of us have probably seen the new "Star Trek" movies, and if you're a bigger fan, you've maybe even seen one of the older shows, like "Star Trek: The Next Generation." However, "Star Trek: Voyager" is one of the more underrated series. Everyone loves a good, comedic television show, and if you also like science-fiction, cheesy television shows, and good, plot-based series, then "Voyager" has exactly what you're looking for! With a crew that differs from the more generic Spock, Captain Kirk, Picard, and Uhura, this show offers a more in-depth look into the many different cultures of the "Star Trek" universe, as well as many of the hilarious adventures that they frequently encounter. Characters such as Janeway and Seven of Nine offer strong female leads, as well as great feministic role models. They know what they're doing and they aren't afraid to go for it. You should definitely give this show a watch if you're in the mood for a classic series!

If you like musicals, "Glee" or cheesy comedies in general, "Galavant" is a great, short show to watch! This show features a recently single and heartbroken Sir Galavant; his servant who applied for the job because his parents suggested it; and a princess who's playing the both of them so she can save her country. Together they attempt to win back the love of Galavant's life, who dumped him for a King with money. Along the way, they frequently break into song and dance numbers and occasionally fight some bad guys. "Galavant" has two seasons with 20-minute long episodes. Definitely a great find!

Everybody's heard of the show, "I Love Lucy," but nobody seems to actually watch it! I'm not sure why--it's such a great find. Husband and wife duo Lucy and Ricky Ricardo fumble around, make mistakes and get into comical fights every episode, resulting in either a heartwarming lesson or a great laugh-cry session. Lucy is extremely independent and stubborn (complete with a trademark stuck-out tongue and annoyed facial expression), while her husband Ricky offers a contrasting sassy and suave attitude, making the show utterly hilarious. The series offers an old-timey feel with its start in the 1950's, black-and-white colorization and its traditional promotion of family and friendship. It's a great show for a rainy day or for when you're in the mood for a romantic comedy series.

"Mindhunter" is a newer Netflix original, and honestly, it's turning out to be one of my favorite shows. Each episode is longer (around an hour) and features FBI Hostage Negotiator Holden Ford as he discovers the phenomena of serial killers. It's definitely got a "Mad Men" meets "Criminal Minds" feel to it, as it's based in the 70's and has a fantastic plot. Agent Ford functions as a professor for young FBI trainees until he stumbles across a pattern of people who kill more than once, often with a common motive. He attempts to use modern psychology (met with resistance by an FBI that wants things to stay the way they are) in order to find an answer to his constantly asked question: "Are criminals born, or are they formed?"