Who doesn't love a bad boy? As long as he doesn't try to stab me... 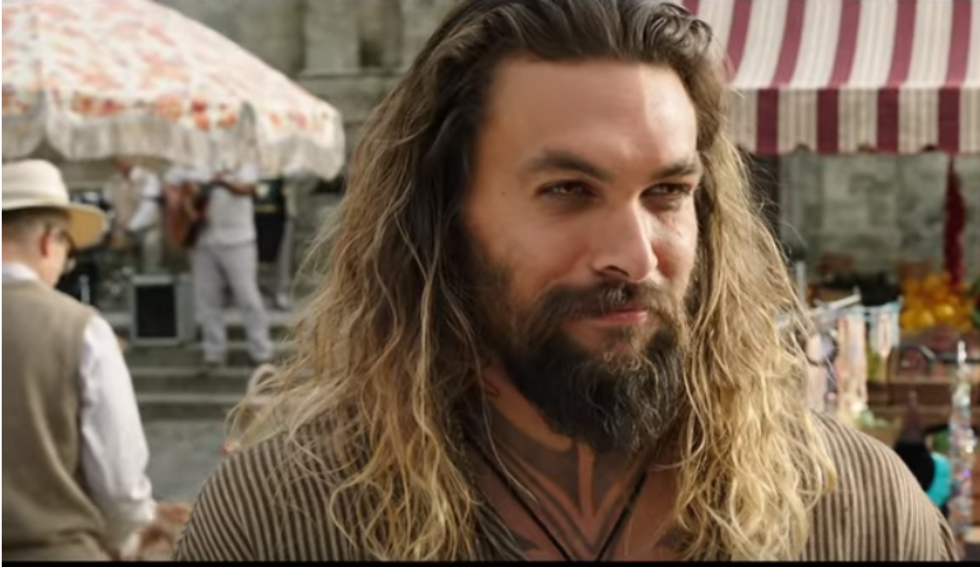 We don't all have a special someone to share Valentine's Day with, heck, I've never even had a guy ask me to be his Valentine.

I spend my Valentine's Day with a cup of hot chocolate and a good movie or favorite episode of one of my favorite TV series.

Making this list I realized even more what a huge geek I am, but hey, just imagine actually getting to spend the "most romantic day of the year" with one of these 20 hotties...

Nerdy and geeky, strong and heroic, naughty and nice, yes please! I'm more a Sam girl, but I would never turn down a night out with Dean. Guaranteed he knows the best joint in town to get a burger!

And Sammy, we'd be up all night talking literature and fantasy (specifically Harry Potter) after he gets me some flowers and makes dinner of course.

Either sounds like a perfect Valentine's Day to me!

Smart, strong, hero, handsome, selfless, and king! I'd love to be his queen this Valentine's Day. The accent and beautiful country that come with, yes please!

Maybe not in a romantic way but spending a day (maybe more) with a time-traveling alien would be amazing! How cool would it be stargazing... in space! And then visiting each one of those stars!

That would probably be the best Valentine's Day ever!

Never tell me the odds of this happening, but let's keep a little optimism here!

Here's a guy who's really going places and I don't just mean in time! He's handsome and super smart! I'd love to spend a Valentine's Day with him, jamming out to some classic rock and riding in his truck with the windows down.

I'd spend a Valentine's Day with him anytime. Bad boy on the outside, teddy bear on the inside. Heck yeah!

Cute farm boy turned sexy pirate, yes please! This is a guy whose mastered wit, sass, and unconditional love and could give a girl that perfect happily ever after. Who wouldn't want to spend a day with him?

Look at that adorable smile!!

As an animal lover, I absolutely fell in love with Newt Scamander the moment he appeared on the screen. He's willing to do anything for his creatures but he wouldn't hurt a fly. I'd spend the day with him just to explore his suitcase and meet his creatures!

Free spirited guy but who's looking for something real, I'll spend Valentine's day with him in New Orleans! But we'll be avoiding all the evil witch doctors.

Maybe they're not necessarily TV hunks but they're all sweethearts. Chandler is my favorite of the three, but I'd spend Valentine's day with Joey anytime. Maybe with Ross, just as a friend though, sorry Ross, I'm not looking for a divorce.

Such a sweet heart with the best intentions in mind. I'll let him train me to be a princess any day. And now I can legitimately have a crush on him because there's a live Broadway musical now, so ha!

Okay, maybe I just really like Jason Momoa, But, king of the sea, he's taking me to the beach and swimming with dolphins for Valentine's Day.

Who doesn't love a bad boy? As long as he doesn't try to stab me, I'd spend Valentine's Day getting into all sorts of mischief with him!

Maybe not at Jurassic World per se, but he seems like a damn cool guy! And pretty brave at that. Just as long as he doesn't introduce me to any of his reptilian friends, I'd spend Valentine's day with him.

Alright, lets get down to business... You're welcome, good luck getting that song out of your head all day. But seriously! Who wouldn't want to spend a special day with the hero of China?!

Spending a day with Indy, talking myths and legends would be a great Valentine's day. He just may not like that I've wanted to get a pet snake for several years now.

Tom Holland's Spiderman preferably. Doesn't have to be a date for Valentine's day, I'd rather just hang out and build some LEGOs or watch a movie. He seems like a fun guy!

Or just the Rock. Any of his action characters really. Yep. He's just awesome.

Valentine's would either be spent talking over dinner about all our favorite stories from mythology or off on some crazy adventure. Either way, I'd be content!

I've got a taste for adventure and I believe this man could provide. As long as I'm not the damsel in distress.