And he is trying to tell us something... 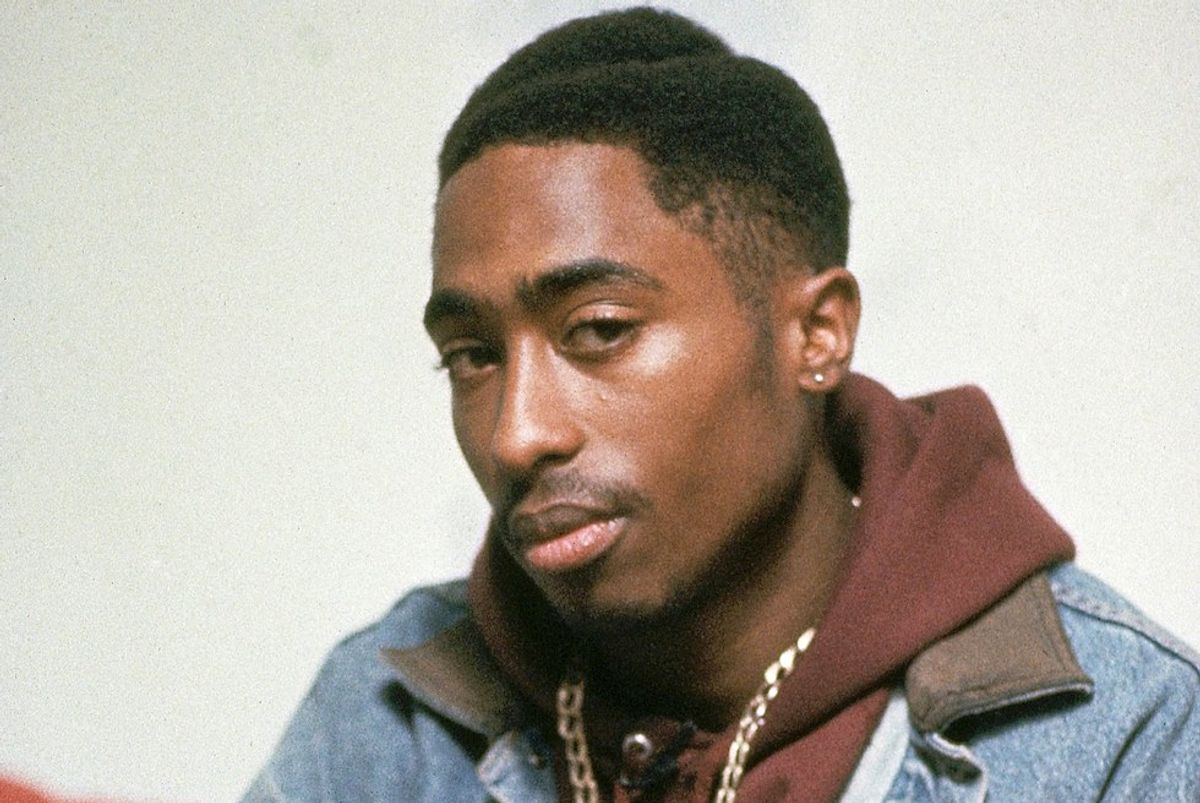 Tupac Shakur is alive and is trying to tell us something. That something is what we should be doing as oppose to what we used to be doing.

"I think that we need to do as a community is to start taking control of our communities," Tupac said, during a prison interview at the Clinton Correctional Facility, where he was serving time for an alleged rape charge. "I understand there's always going to be drug-dealing, violence, but we just need to regulate it, so we can at least have, like, a peaceful zone, where we can all be cool. Or else, we're gonna all die... we're gonna all be destroyed. Because soon, the government is going to make the young black males and the young Hispanic males the prime target of all of their resources."

The unfortunate reality, as most of us know, is that it has never been the case of "soon," as if our total annihilation is some sort of an eventuality, and that the government will make the young black male or the Hispanic male a prime target of all of their resources. It's more like something that's been happening for a very long time. if we do not organize, plan, and take back our communities, like Tupac suggested, we will indeed be at grave risk of being "destroyed."

For those who wish to live the "thug life," a euphemism for an artificial lifestyle that is frustrated with the current state of affairs, but at the same time benefits from it by being complacent and docile, Tupac suggests that they should stop pretending and actually be serious about taking back and doing good for their communities. "But we don't want to do that," Tupac admits, "dudes just want to live a character. They want to be cartoons. But if they really wanted to do something, if they were really that tough... Alright, let's start our own country, let's start a revolution, let's get outta here, let's do something!"

As I sat on my bed, watching the lost prison tapes of Tupac Shakur, what struck me was how relevant and urgent his aforesaid message was, not only to the Black community but to everyone engaged in the global struggles of change and the demanding of transparency and honesty in our society.

Furthermore, I thought about what we typically do; re-post, tweet, or make our own commentaries, when someone, say, like, Louis Farrakhan, Dr. Cornel West, or more recently, Jesse Williams, urges us to unite, organize, and do right by our communities----as opposed to actually taking action towards their recommendations. Such thoughts infuriated me. Because, as we may already know, the perfect way to keep the idea of someone dead is to do nothing. If we continue on this customary path of doing nothing, our millennial generation will not only disgrace those who wish to awaken us, but to those, like Ernest Gaines, who once said "words mean nothing" and that "action is the only thing."

When Tupac mentioned about those caught up in the "thug life," in a way, he was talking about the rest of us too, especially those in the social media-sphere, with their passive activism. Soon after though, and because he, too, wasn't helping the situation by perpetuating the thug life, he said something that really impressed me, and in a way, something that we should consider as we continue our struggles for change, transparency, and honesty. "Damn, it is my fault. It's not my fault, like, I made it happen, but it's my fault because I'm smarter than that."

The same thing goes for us. If we truly want change, transparency, and honesty in society, then we need to stop perpetuating this artificial lifestyle of passive activism. Why? We're smarter than that.

But, you know what, rather than complaining about the inaction of others, I will start to do the opposite of what's customary of my millennial generation and put into action what Tupac suggested. With the saying of Gandhi, "be the change you wish to see in the world," held tightly in my mind, I will strive to keep Tupac alive by acting on his revolutionary and yet fundamental ideals.

Madison Franz
The Narrative
1117510
Photo by Brooke Cagle on Unsplash

Madison Franz
The Narrative
654354
Photo by Manny Moreno on Unsplash