Trump’s America: The Separation Of Science And State
Odyssey

Trump’s America: The Separation Of Science And State

It seems more and more apparent that our next President lives in a world of science fiction and not science facts. 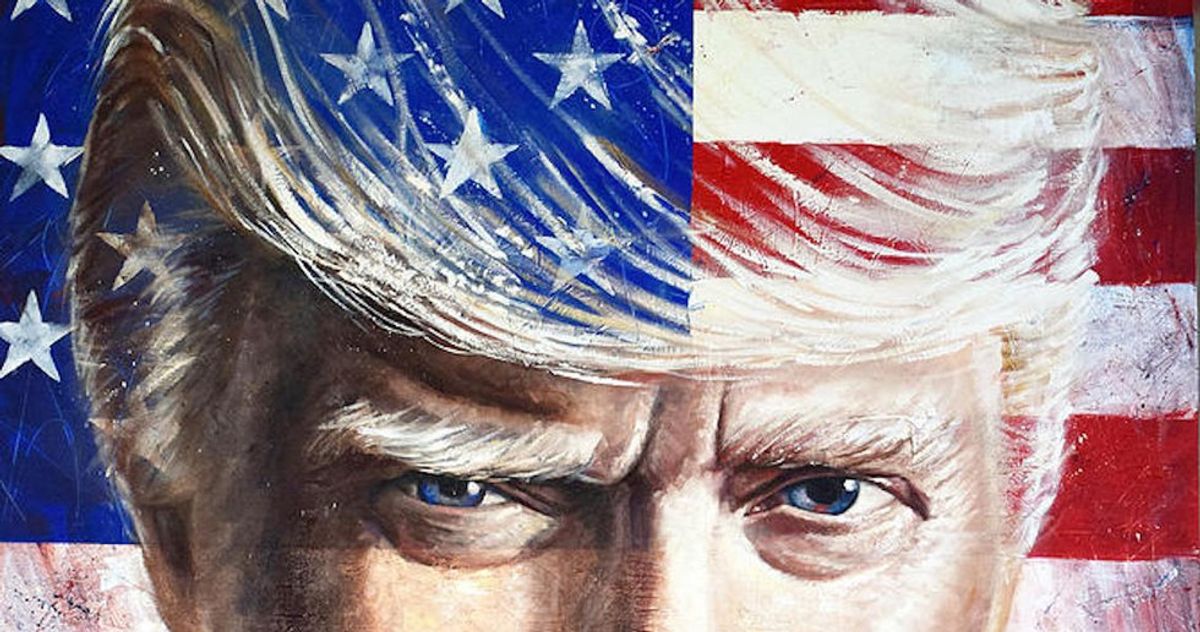 I had originally penned out a thoughtful and retrospective article about President Barack Obama’s scientific legacy to be the subject of this article. But that must be the subject of another day. During research about Obama’s administrative history in the sciences, I encountered a topic far more alarming: President-elect Trump’s stance on scientific research and its broad implications.

It seems evident now that for Donald Trump, science and facts were tools to be manipulated and distorted to garner more emotional appeal and votes. His position on vaccines, for example, seems to suggest a fundamental lack of understanding of how they work and their cited (and tested) benefits1. His stance on climate change is far more dangerous, and has been extensively reported — he refutes the overwhelming consensus of scientists worldwide2, and plans to appoint a known climate change denier3 (who intends to “keep banging away at the science”) as the head of the Environmental Protection Agency. Furthermore, recently Trump has announced his intent to scrap climate change research from NASA altogether4, citing that it is “too politicized,” and that his policies will be “based on solid science, not politicized science.” Oh, should we be so lucky!5

Although there was extensive reporting on the possibility of Trump appointing radio host and pseudoscientist Michael Savage as Director of the National Institutes of Health6, that claim has largely been debunked7. However, Trump’s policies would have significant effects on research funding, even though the annual NIH budget is approved by Congress. The NIH has, historically, received greater funding under Republican presidents, interestingly8, although a strong argument can be made that Donald Trump is hardly a conventional Republican president. Personally, I find it hard to put much faith into an administration whose figurehead has repeatedly and loudly denounced science as part of his campaign, going as far as demonizing scientific evidence as a "hoax9.” Furthermore, Trump has made glaringly few references to his stance on public health research as a whole, with only a brief mention in regard to hiring freezes on public health employees10. Currently, there is a report generated by a group of prominent scientists encouraging Trump to appoint a new NIH director immediately, and recommends a shift in administrative paradigms within the NIH11. Although the content of the report may be debated, at this stage I hope Trump’s decisions are even slightly influenced by the consensus of a few experienced scientists rather than right-wing bureaucrats.

It seems more and more apparent to me that our next President lives in a world of science fiction and not science facts, much like a child who is swayed more at the prospect of spaceships than the not-so-exciting realms of public health and climate change — which, arguably, are more urgent research areas. I am a huge proponent of deep space exploration, and I think innovation in that area needs to be ramped up, but not at the cost of climate research. I don’t believe for a moment Trump genuinely believes any one way regarding any of these topics. He has by and large demonstrated that he is a master manipulator of public opinion and the media, so all of his claims must be seen in the context of populist appeal. Sticking it to those bicoastal elites (like myself) with their fancy science and liberal agenda (also like myself) seems to have gained tremendous popularity during the past election cycle, and in hindsight sadly makes perfect sense as a political weapon. Trump himself has already reneged on several campaign promises made to his voters already, so perhaps his influence on science policy will remain less obtrusive than anticipated. But I'm not going to hold my breath. That said, research funding has always been a cornerstone of American superiority globally, and I cannot think of a single reason how reducing or redirecting research funding could play as a Trump advantage. Besides, agencies like the NIH and NASA has had historically bipartisan support in Congress (admittedly with fluctuations)8, because they serve a more pragmatic role as massive employers and investors in their respective states. All in all, I am keeping an extremely cautious eye on our new President-Elect to see how he responds to growing needs in federal research support, and I urge you all to do the same.

1. "The origins of Donald Trump’s autism/vaccine theory and how it was completely debunked eons ago." Ariana Eunjung Cha. The Washington Post. September 17, 2015. https://www.washingtonpost.com/news/to-your-health.... Accessed November 23, 2016.