Cutting Off Trump From Social Media Is Bad For Democracy
Odyssey

Cutting Off Trump From Social Media Is Bad For Democracy

Corporations are becoming more powerful than the government. 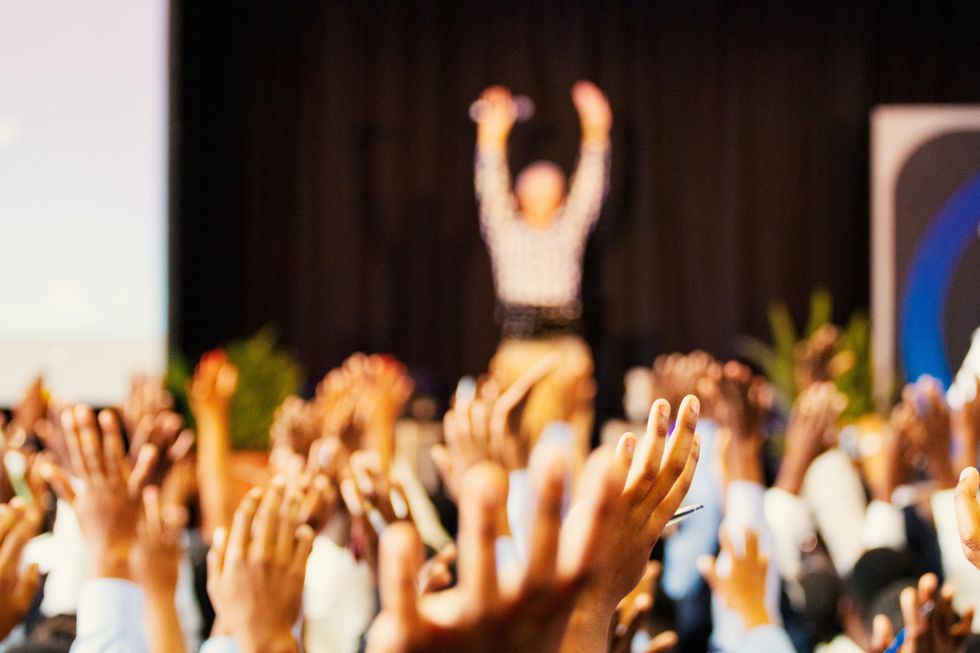 Photo by Jaime Lopes on Unsplash

Following the attempted insurrection by former President Donald Trump's supporters on Jan. 6, many Americans welcomed his suspension from Twitter and Facebook. The social media giants made a decision that was popular at the time, but those who welcomed it probably did not think about its gravity or the precedent that it set: The leader of one of the most powerful offices in the world was denied access to a powerful communication medium shared by other world leaders, and he could not do anything about it! Let that sink in for a moment.

Twitter CFO Ned Segal confirmed in an interview on CNBC, that aired Feb. 10, that there is no possibility of Trump returning even if he were to get elected to office again.

However, the decision to remove Trump from the social media platforms was not necessarily the best for their business. Both Twitter and Facebook stocks took a big hit in the days after the decision, losing over $50 billion combined, according to Business Insider. Though both have recovered, with Twitter's stock closing at a seven-year high earlier this month, as reported by MarketWatch.

Trump's suspension from Twitter, per their statement, was for violating their rules by sending Tweets that could incite violence. While Trump has sent numerous inciting tweets in the past, the specific tweets Twitter selected as the cause for his suspension did not directly incite violence. They had to perform complicated mental gymnastics to explain how it could "inspire others" to violence if construed in a certain way. Twitter's reasoning was of such broad definition that practically anything could fall out of what is deemed acceptable, leaving room for greater control of their users.

Now that this precedent is set, what is to prevent Twitter or Facebook from suspending an account that exposes wrongdoing or corruption by one of their investors? Or suspending activists against a foreign government that has a corporate stake in their company?

Americans are accustomed to hearing about the negatives of big government, but what about big business? While there can be negatives to having overarching government control, at least the government is accountable to the people through checks and balances, as well as the ballot box. Something that corporations lack. The U.S. government is also bound by First Amendment rights, but businesses can have their own rules and regulations that we must agree to in order to use their services. Thus, they are not held to the same standard of accountability, allowing them to wield greater power over the people.

Corporations would not have been able to reach this level of information monopoly if it were not for the support from lawmakers who helped remove regulations and some of their constituents. The same people who supported the idea of businesses and corporations having absolute power, and personhood, are the ones who were angered when those corporations used their power to silence them. After Twitter suspended Trump, right-wing blogger Matt Walsh used the platform to decry "big tech monopolies using their power to silence all dissent." Though he previously said on Twitter that business owners "should have the right to refuse service to ANY person or group for ANY reason."

Let's simplify. ALL business owners should have the right to refuse service to ANY person or group for any reason: http://t.co/aJhEg27kJm
— Matt Walsh (@Matt Walsh)1393449853.0

Thanks to lax regulations, Twitter, Facebook, and other platforms they own essentially hold a monopoly over the social media sphere. No other social media platform in the world comes close to a number of users and recognition. Following Trump's social media suspension, Amazon, citing violent content, pulled the plug on Parler, a social media platform created as an alternative to Twitter and primarily used by right-wing conservatives and Trump supporters. Apple and Google also banned the Parler app from their app stores. In fairness, there were a lot of messages inciting violence on the Parler site that Amazon stated were not taken down despite warnings. But this demonstrates the shift of power and control from the government to corporations. Parler is suing Amazon, but so far, they are not winning.

The pandemic has increased our dependence on social media and alternative communication methods. Now more than ever people are dependent on their phones, the internet, and social media for everything, giving greater power to corporations that have very marginal oversight.

The assault on the Capitol shocked many Americans, who subsequently saw the decision by Twitter and Facebook to suspend the former president as a step in the right direction. In this case, it was easy to support a decision seen as defending our democracy, thus many of us overlooked the significance of it or its possible ramifications.

There is a fine line between free speech and dangerous rhetoric that can be exploited by both the users and those controlling the platforms being used. Barring a change in regulations, the public has minimal recourse to ensure corporations do not exploit their rules to infringe on people's free speech. The question is, will these corporations be beholden to our values of freedom or will they be led by their interests in going against what we stand for?