To My Loved Ones Who Support Trump

To My Loved Ones Who Support Trump

I make no assumptions as to why you support Trump and I still love you the same, but I do not agree with you--and here’s why. 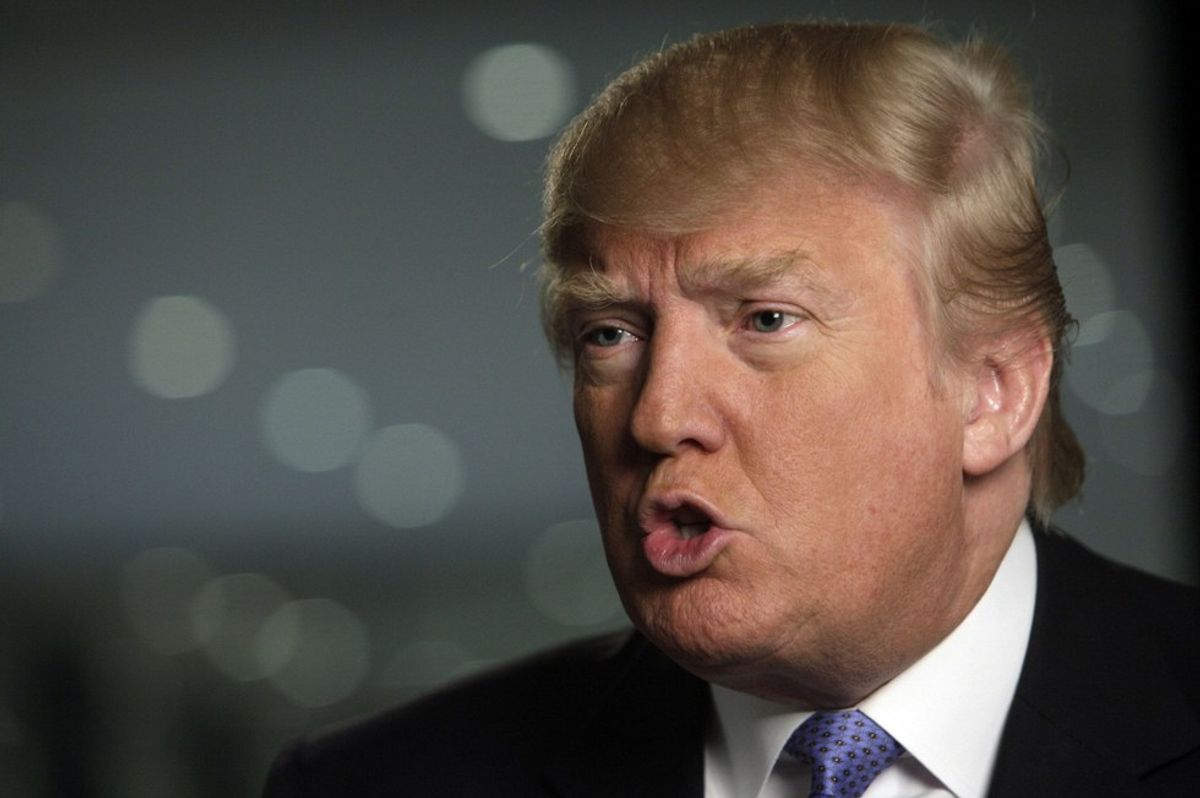 To my loved ones who support trump,

I love you. I really do. But if being in college has taught me anything, it’s that being honest in exactly who I am is something to be supported. So I’m hoping you’ll treat me kindly when I say the words that are about to follow.

I do not support Trump.

As a Native American, a female, a young college student, someone who is debt, someone who believes in equality and equal opportunities, someone who works my butt off, someone who has made sacrifices to be where I am, I wholeheartedly do not support Trump.

I make no assumptions as to why you support Trump and I still love you the same. However, know that I do not agree with your political decisions--and here’s why:

1. He attacks people based on their physical appearances rather than their political ideology.

Megan Kelly. Jeb Busch. Serge Kovaleski. Carly Fiorina. What do all these people have in common outside of simply being involved in political issues? All of these people have, in some way or another, backed Trump into a corner politically and got ridiculed on their personal appearance in return. As someone who was always taught that someone’s physical appearance does not determine their worth, this a particularly large issue for me. If it’s not an issue for you, think in a political stance. If President Trump was meeting with the president of another country who disagreed with a Trump opinion and Trump lashed out in the same inappropriate manner, would you still want this man to be representing your voice and your country? I certainly wouldn’t.

2. He doesn't have any actual, concrete plans.

If I went to the bank and asked for a loan, they’d probably ask what I needed X amount for. I would tell them I plan to buy a house and give them layouts, 3D renderings and dimensions. Say they think this is an appropriate use of the X amount needed and then proceed to ask me how I plan to pay off the amount borrowed. “Oh, I’m just going to bill my relatives.” This doesn’t sound reassuring at all. How would I make my relatives pay for this house and if they can’t, what is my back up plan?

In the real world, this is a no brainer. It wouldn’t work. However, for Trump’s biggest plan, the wall between Mexico and the United States, this is exactly what he is telling the American people. Mexico, like my relatives, are not going to pay for the wall and Trump’s response is, “Oh, well it just got 10 feet higher.” The fact that the height just changed still doesn’t address the fact that Mexico has no intentions to pay for a wall. Is Trump just going to bill them and hope they pay? Is he going to start a (very expensive) war to get them to pay? Is he going to close the border until the US receives payment? Or is he just going to waste millions of taxpayer money to build a wall that will not be paid for? I honestly don’t know… and neither do you.

3. Whether or not you'd like to admit it, Trump has created a cloak of discrimination and it's not going away anytime soon.

Did anyone see the video of the Muslim woman who was peacefully protesting at a Trump rally being physically escorted out? It was well within her civil liberty to be doing so by the way, in the same document that protects our right to bear arms. In all honesty, I’m glad she was escorted out when she was. In the video, found here, the crowd was getting crazy and when security came to escort the peacefully protesting woman, a man got in her face, blocking her path. I've always been taught that humans are supposed to stand up for other humans if they are outnumbered in a fight. And if not stand up for them, at the very least, put a stop to it before the situation escalates. However, what was the presidential candidate Donald J. Trump doing meantime? Making childish facial expressions, shrugging and letting the crowd go unchecked. Again, this is not someone I wish to see in the White House.

I'm not judging you. I still love you. You're still the ones who have help to raise me into a person I am proud to be. Because you did such a great job though, I can't help but wonder where all of these beliefs and ideas of what a good president came from, but it certainly wasn't what I learned.

Vote for Trump if you'd like, but I think I'll choose another candidate.