While the 2018 midterm elections are still a while away, statewide and special elections have been underway, giving Democrats and Progressives a chance to start winning seats. 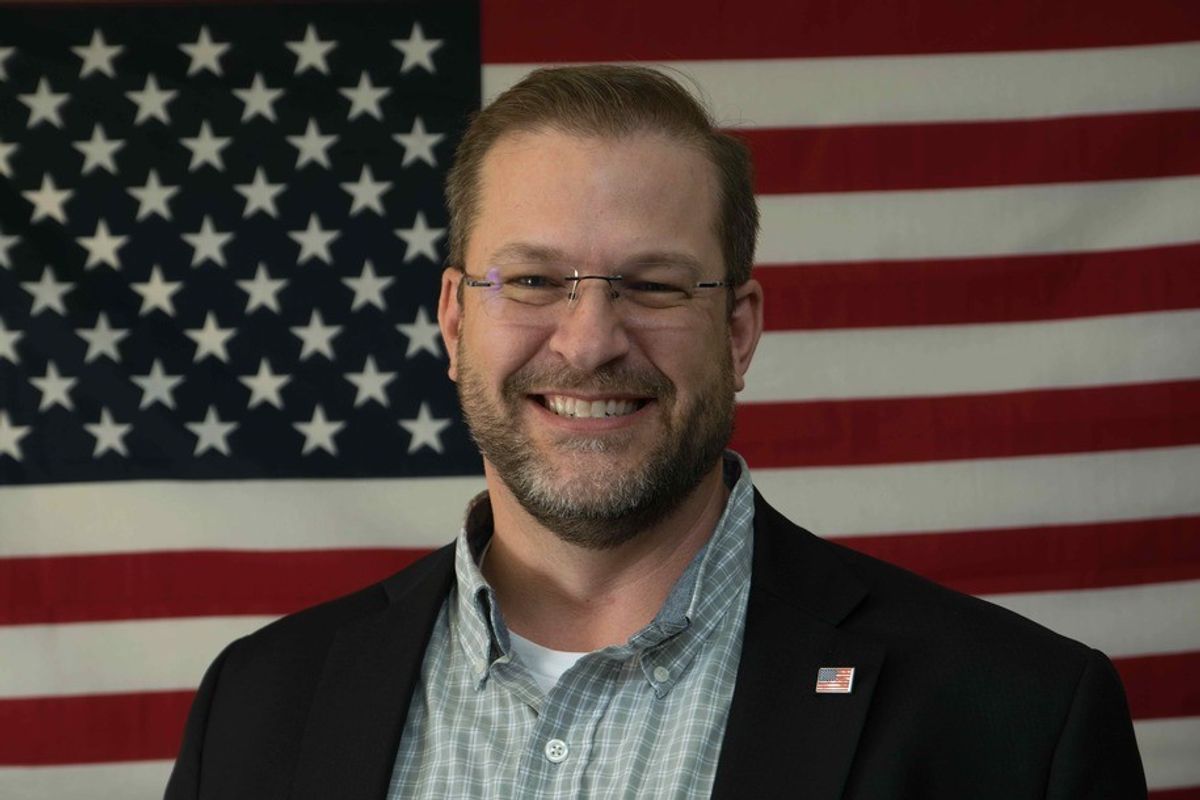 On Tuesday, April 11th, a special election was held in Kansas' 4th congressional district between Ron Estes (R) and James Thompson (D), a Sanders progressive. Kansas district 4 is a traditionally safe Republican district, where the GOP candidate typically wins over 60% of the vote. However, the Trump resistance has certainly changed the landscape. The district was no longer safe for the Republican Party as internal polls indicated that Thompson was within striking distance of Estes.

President Trump, Vice President Pence, Ted Cruz (R-TX), and Speaker Paul Ryan (R-WI) had to make unexpected efforts to aid the Estes campaign in a district that went to Mike Pompeo by 31 percentage points just five months prior. How did this district in the southern heart of Kansas become competitive?

For starters, there is a Trump resistance movement sweeping across the entire country. The President's approval has rapidly descended as former voters are beginning to realize that President Trump is not acting in their best interests as previously thought. It's not only former supporters either. People are getting involved, mobilizing, campaigning for grassroots candidates, and it is worth noting that this was the first U.S. House race since the Presidential Election.

Then we have James Thompson, a civil rights attorney, veteran, and grassroots candidate inspired by the Bernie Sanders campaign in 2016. Sanders won the Kansas caucus by just under 68% of the vote, taking every congressional district along with him in both urban and rural areas. If there was a Democrat to send into this congressional race, it might as well be a progressive candidate.

Thompson eventually lost the race with a 53-46% split, a 7-point loss that would normally be unheard of in Kansas district 4. What could have pushed Thompson over the edge to victory? For one thing, this was a grassroots campaign with little help from the DNC. If you talk to members of the Kansas Democratic Party, you will hear about how they have lost hope in the DNC allocating resources into statewide and congressional races. Kansas Democrats typically feel ignored by the national party.

The DNC's general feeling toward winning in red states has too often been a fantasy, a waste of time, money, and resources. Results like this have proven the DNC wrong before and will continue to. The DNC did not get involved in this race until they started realizing that Thompson actually stood a chance, but would their assistance push him over the edge to victory? It's possible, but still very subjective.

In the progressive wing of the party, we could not believe that we came this close either. Many progressives find themselves disagreeing on where we could possibly win in 2018. There are advocates for a strong 50-state strategy and advocates for being a bit more realistic on where to spend our time. If Kansas district 4 has shown us anything, it's that we can become competitive in the most unlikely places. This should be a warning sign for the Republicans heading into 2018. In fact, James Thompson already plans to try again in the midterms. If Thompson could overcome a 24% deficit compared to November 2016's results, what's stopping him from gaining another 7% in 18 months?

Thompson's announcement, which came right after his loss became likely, is good news. Yes, the Democratic Party lost yet another race, but now they have another competitive district in a strong red state. Time and energy will tell if the DNC will do more to help in 2018. The party cannot keep looking at these victories as "moral victories" where "we'll get 'em next time". Achieving actual results is long overdue. This was a moral victory, but that should not be the standard. Instead of trying to hit the ball to first base, the goal should be knocking it out of the park.

Former DNC Chairwoman, Debbie Wasserman-Schultz (DWS), came under fire in March for saying that the Democratic Party is "already a grassroots party". This was clearly criticized by progressives who remember DWS claiming that superdelegates were meant to stop grassroots candidates from winning the Democratic primaries. It appears that DWS is right in one respect, but not in a good way. The DNC is more of a grassroots party in red states because if you run in a red state, you are essentially on your own.

It is a sad reality, but helpful to know what Democrats must do to win statewide and local elections heading into 2018. The party must identify competitive districts and expect the unexpected competitive districts. However, money alone does not win elections. We need honest, qualified, and dedicated candidates with a background in standing up for the working and middle-class families of this country.

It is no longer enough to simply stand for progressive values but to act on them in public service. The grassroots will also need to work harder than ever before. Making phone calls, knocking on doors, donating, volunteering at campaign offices, talking to their neighbors. This is really what makes a difference.

People are waking up. People are getting involved and voting. Since this was a special election, voter turnout was a bit low. But even then, Democratic voters have done something incredible on April 11th. They are the ones who came out and voted to close the gap. The energy and hard work of the people in Kansas district 4 have made a difference and have sent a profound signal to the DNC.

The next obstacle is to witness whether or not the DNC will start investing in unexpected swing districts or if those races are entirely up to the grassroots. Head over to OurRevolution to see which candidates are endorsed by the political revolution, and remember to keep up with your state's politics and elections.

The grassroots, the ordinary people of this country, have historically done amazing things when they are united, organized, and constantly moving forward.