Trump vs. Hillary- The Battle of Both Evils
Odyssey
CurrentlySwoonLifestyleHealth & WellnessStudent LifeContent InspirationEntertainmentPolitics and ActivismSportsAdulting
About usAdvertiseTermsPrivacyDMCAContact us
® 2023 ODYSSEY
Welcome back
Sign in to comment to your favorite stories, participate in your community and interact with your friends
or
LOG IN WITH FACEBOOK
No account? Create one
Start writing a post
Politics

Trump vs. Hillary- The Battle of Both Evils

For the first time, our country faces a controversial election choice 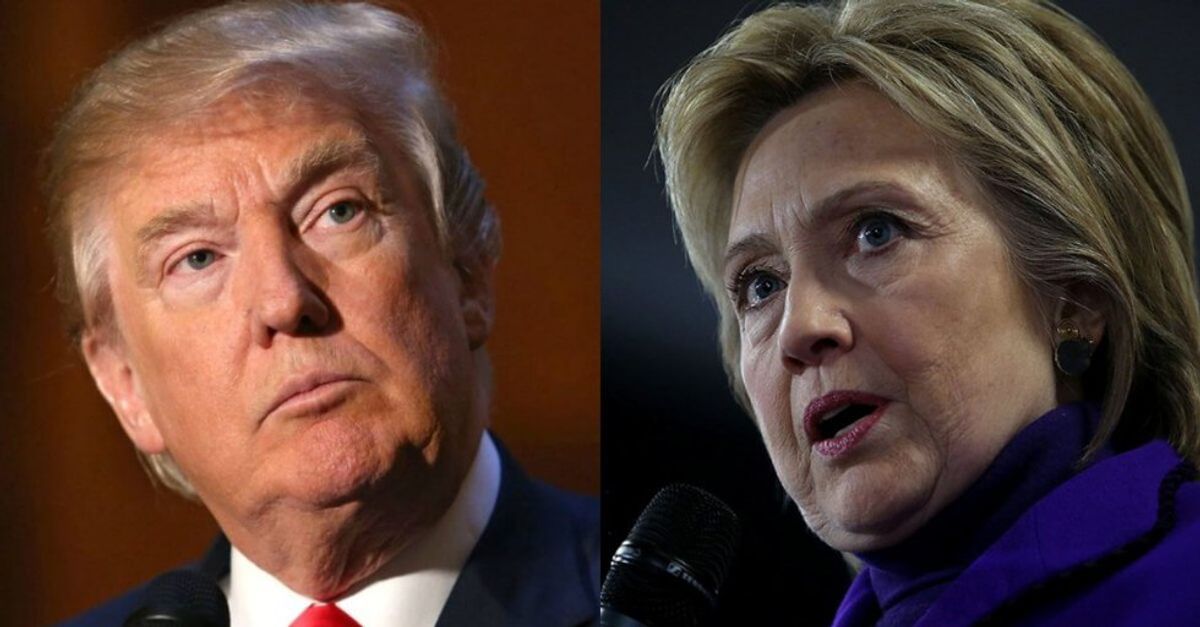 In a little over a month, the decision that America has been waiting for will finally be made. Who will take over Commander in Chief, Barack Obama when his 8 years of presidential duties are complete? What started off with many many candidates including neurosurgeon Ben Carson, Ted Cruz, Marco Rubio and Bernie Sanders has slowly faded away one by one until the remaining two candidates: Donald Trump and Hillary Clinton are the only two election candidates representing large parties.

Take a shrewd businessman-who has a casino and business empire like Donald Trump and mesh it with Hillary Clinton, the former first Lady of the United States to Bill Clinton and we got ourselves into a sticky situation. Especially for the new voters including teenagers that just registered to become a voter. Both candidates have their obvious flaws but also both candidates have somewhat good intentions for the progression of our country.

However, voting is not a joke, it is a serious privilege that we as American’s are lucky to have. Many countries including England do not have a voting democracy. Instead they are ruled by the parliament and a monarchy in which the people of Great Britain have absolutely no say in whatever the government chooses to do.

Which leads me to my next point of so many people not taking the election seriously? When you turn 18, you have the legal responsibility according to the Constitution that you are permitted to vote. With the candidates being so diverse this year, it is so easy for citizens, especially teenagers and new voters to say, “Oh I’m going to vote for Clinton/Trump blah blah blah.” When you cast the ballot, it is important to make an educated decision about who you genuinely want to run the country and take residence in the White House. Who do you think will be the better fit for America?

With the controversy of having a politician and non-politician running for president, it really makes it seem like our country is not competent to even hold an election seriously. Every four years, this big event rolls around and this year, and it truly is not as seriously as an election should be. The debates are not even logical; they are more comical which makes our country look like one big joke.

So, while you cast your ballot this year, please take into careful consideration who would legitimately be the best fit for the needs and desires for the progression and growth of America. Do we need a strict business man? Or do we need someone who will have the experience of being in the forefront of the political world for quite some time now?

On November 4, the wait will be over and we will finally find out who will best be suited to run the United States of America and take that oath to become Commander in Chief.