What the actual HELL was "Return to Oz"? 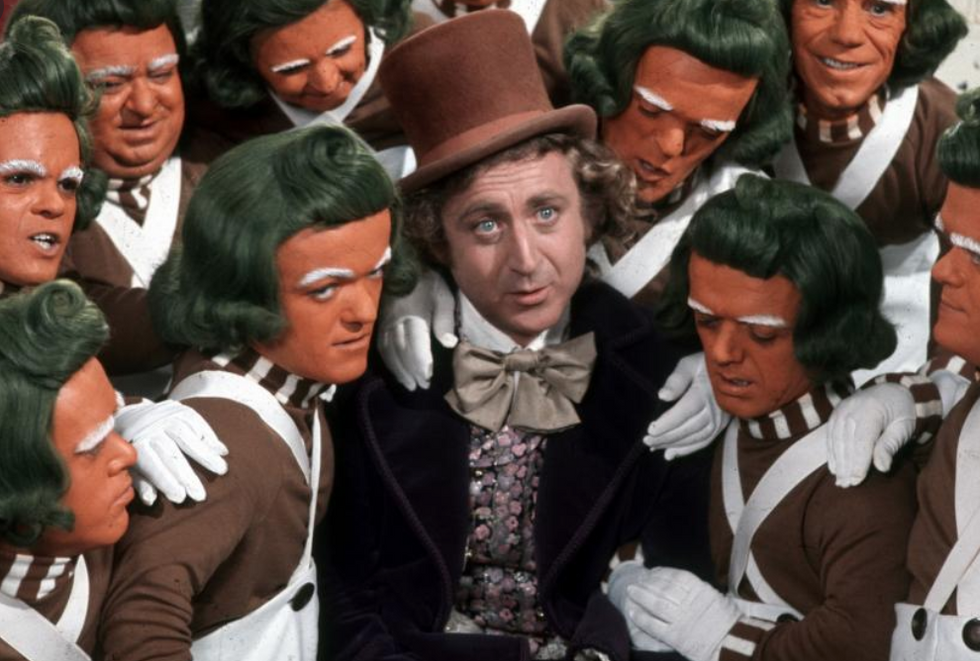 As the semester starts to slow down, (or blow up in my case), most students will find themselves with a lot of extra time on their hands.

Since quarantine isn't predicted to end anytime soon, chances are you're as bored as I am, and you've found yourself going down the YouTube black hole... where there is some really bizarre stuff.

I call that black hole "movies my parents thought were appropriate but caused nightmares all throughout my entire adult life."

Unfortunately, I couldn't list EVERY bizarre kids' movies in existence. So if I missed one or ten, please let me know so I can make part two. Other than that, without further ado, here is the weirdest listicle I've ever written for Odyssey.

That tunnel scene though? It's the stuff of nightmares. Why the narration? Why the bugs? Gene Wilder has an amazing voice but that creepy lullaby? It still gives me goosebumps.

Back in the dark age of Disney before sensitive people existed, Disney came out with a lot of interesting movies that wouldn't be approved today.

One of those movies was a fantasy tale called "The Black Cauldron," released in the mid-80s and receiving Disney's first-ever PG-rating. The story focuses on a pig keeper named Tarren, whose pig has psychic powers. The pig gets kidnapped by the horned-king (yes, just as scary as it sounds) who wants to use the pig's gifts to find the black cauldron - a weapon that can bring the dead back to life - so he can raise his own army of the dead and conquer the world. The movie has a pretty awesome plot... if you can get past the creepy animation, of course.

Um, what the actual HELL was "Return to Oz"? There's a guy walking around with a pumpkin for a head, a headless woman with a room full of HEADS, sleep paralysis demons called "wheelers," and the claymation monstrosity which was the Nome King and his gnomes that should have his own boss music. Oh, and did I mention all of this started with Dorothy getting sent to an asylum and put through electric shock therapy? F that.

Do you remember the first time you felt betrayed? For some, it was finding out Santa Claus wasn't real or that "free" doesn't always mean "at no cost whatsoever." "Watership Down" is exactly like that because, although the movie has cute fuzzy bunnies in it, there's also an immeasurable amount of MURDER, BLOOD, and GORE.

That cute little warren full of adorable little mommy bunnies and baby bunnies that were so fluffy and squishy, well, ALL THE BUNNIES FREAKING DIED BECAUSE HUMANS MURDERED THEM - DEATH IS INEVITABLE, HOPE YOU ENJOYED YOUR BUNNY FILM BECAUSE NOW YOU'RE TRAUMATIZED.

Storytime: When I was a kid, I had like a hundred VHS tapes and a big bookcase my parents put them all on. At the top of the bookcase were all the scary movies I couldn't watch at night because they'd give me nightmares. This was one of the movies. That scene when all the women shred their skins and became grotesque warty horrors... UM NO.

Netflix recently added a few Scooby Doo movies and TV shows right at the beginning of the year, and as I was heading home from one of my recent trips, I decided to watch this movie on my phone. I still can't believe this is supposed to be a kid's movie. From the realness of the zombie designs to the arms and the animation, it's still a pretty scary movie.

I've received mixed reviews for this movie. People either love it, hate it, or don't think it's creepy. As someone who loves Tim Burton films, I thought it was still an awesome movie, but as kids movie? This would definitely be a movie to watch during the day and not near bedtime.

This Japanese-American animated movie is full of bizarre moments such as encountering a stoned butterfly, a witch who kidnapped a harpy, a demonic skeleton, and the all-too-terrifying giant red bull who forced every unicorn in existence into the ocean.

I love this movie; I really do. But that one scene with a cat-version of Lucifer depicting "dog hell" is something that will never leave my brain.

You'd think a child going on a claymation adventure with several huge bugs would be my issue with this film, but it isn't. Actually, that's probably the most enjoyable part of the movie.

No, the part I can't get over is how a giant cloud in the shape of a murderous rhino killed James' parents before the start of the movie and continues to terrorize him throughout the film.

11. And Finally, "The Adventures Of Mark Twain"

Okay seriously, who the actual F wrote this? And WHY? How about the mysterious stranger scene where a creature, identifying himself as Lucifer (the devil), created a real-life human village and destroyed said village to prove to three children that death is inevitable. OH, and did I mention this entire movie is in creepy claymation style?