The Most Toxic Relationships In Pop Culture

From verbal abuse to straight up cat-fishing. 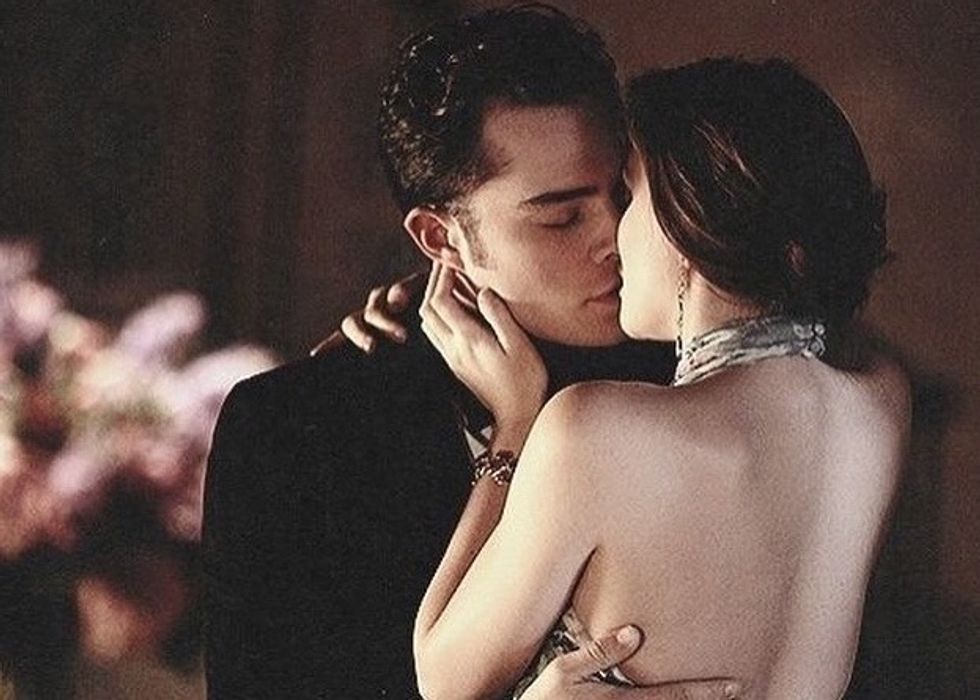 We often idolize what we see on TV. We come to understand what our lives should be like from the lives of fictional characters on screen, from our friendships, our personal and work lives, and our relationships. But often, these relationships that we "ship" and love can be extremely toxic, and horrible examples of love.

Here are the worst couples in pop culture history:

1. Allie and Noah in "The Notebook"

Allie and Noah are often cited as the epitome of true love. But one has to question whether what these characters have is truly love, or just an intense form of lust. There are some actions that are just red flags and borderline harassment. He threatens to kill himself to get her to go on a date. He repeatedly ignores her wishes and acts in a seriously aggressive way towards her, which is basically just encouraging verbal abuse to a whole generation of men.

They just couldn't stay away from each other. But maybe they should have. There are so many things wrong from either end of the relationship. Big wasn't ready for commitment and consistently screws over Carrie throughout the show. To give Big credit, he was pretty upfront about his noncommittal nature, but regardless, Carrie refuses to acknowledge that Big wouldn't commit to her and attempts to change a man that is set in his ways.

3. Chuck and Blair in "Gossip Girl"

Despite the countless montages of searing sexual tension and seasons of drama between New York City's elite duo Chuck and Blair, there were a lot of problematic aspects of their relationship that often go ignored. Chuck, though often glamorized by audiences, exhibits seriously concerning behavior in and out of his relationship with Blair. He attempts to rape two women, he's a player, and he's just sleazy. To Blair, he's not much better. He's extremely possessive, and emotionally abusive. Blair is also manipulative and controlling, towards the characters, including Chuck. Despite their soft spot for each other, the pair act extremely abusive to each other.

4. Rachel and Ross in "Friends"

Whether or not you believe they were on a break, the entire relationship between Rachel and Ross throughout the 10 seasons in "Friends" is concerning. They were very unhealthy and immature in the way they worked out and dealt with their issues, which usually just ended in an explosion.

5. Kathleen and Joe in "You've Got Mail"

Though some healthy relationships on and off screen start off with indifference or even some dislike, Kathleen and Joe were never compatible offline. He drives her out of business, which isn't a great start to a lifetime of happiness. Also, this whole movie is just 90s cat-fishing.

6. Anastasia and Christian, "50 Shades Of Grey"

The relationship between Anastasia and Christian in "50 Shades Of Grey" is undoubtedly one-sided, with Christian holding complete power. And the characters don't really want the same thing. Anastasia clearly doesn't want this one-sided power set up, and wants to change Christian into a relationship man that she wants to be with. Christian continually pursues Anastasia, even though he knew that she wasn't really cool with his contract. Beyond that, he's just really possessive, jealous, and kind of creepy. Not a great example of a happy, healthy, relationship.

7. Gatsby and Daisy, "The Great Gatsby"

Remember the saying that true love is letting someone go? Gatsby definitely didn't hear that one. He devotes his entire life to attract the attention of the one who got away, which is some serious toxic behavior that should make audiences go "yikes" instead of "aw." But from Daisy's perspective, it's not much better. When she finds out about Gatsby, she helps string him along instead of establishing clear boundaries.

She was a minor. And his student. Their relationship was definitely inappropriate, and literally illegal.