Too Much, Too Soon:
Odyssey

Too Much, Too Soon:

An Outlook on Roman Reigns Win at Wrestlemania 33 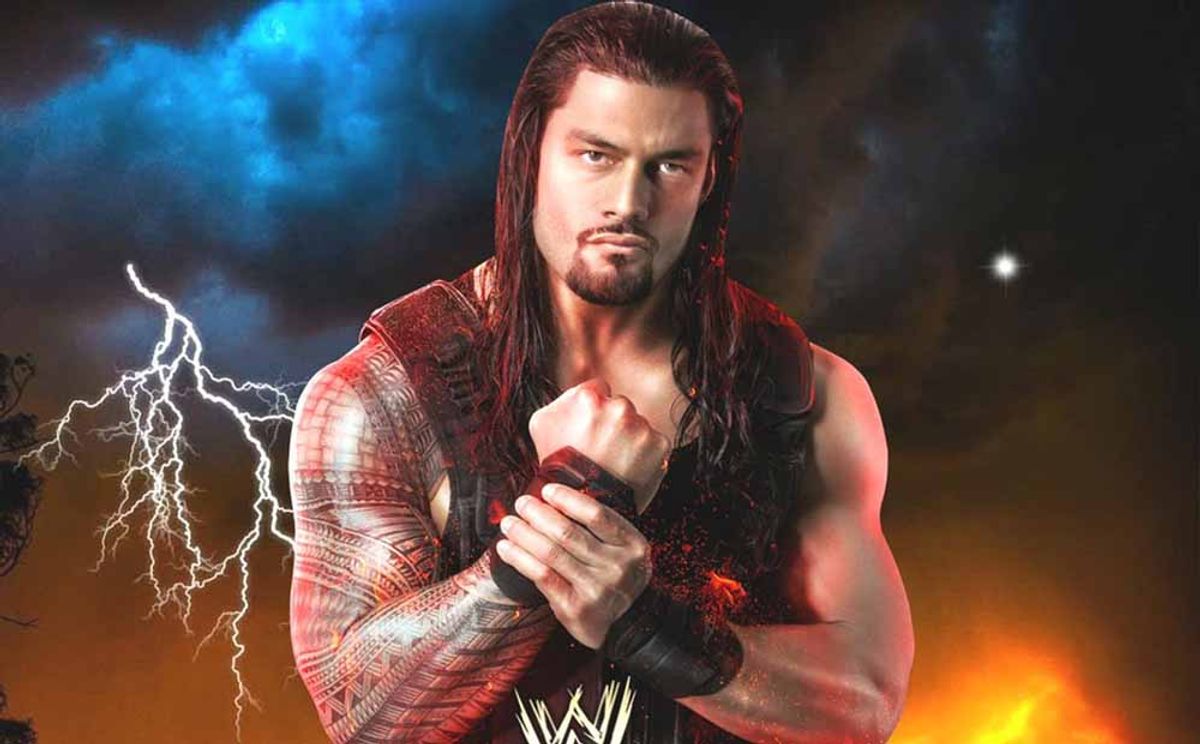 A few nights ago WrestleMania 33 took place in Orlando, Florida. The pay per view coined as “The Ultimate Thrill Ride” ended the night with its last match, Undertaker vs Roman Reigns. In that moment I had realized one thing. WWE was really going to let this be the Phenom’s last match. The more I said it over and over in my head, the less I wanted to believe it. The Undertaker had given up his life for this business only to have his last match be against a subpar talent named Roman Reigns. Now I realize that Undertaker was a man already past his prime, some might even argue that he should have retired earlier. But what remains a fact is this. Undertaker is and will probably be one of the best talents to ever grace a wrestling ring. Someone of his stature did not deserve a lackluster 10pm, run-of-the-mill Monday night Raw match on one of the biggest stages wrestling entertainment gets to grace once a year.

As a fan of WWE since the Attitude Era, I feel the legend deserved more out of this ‘Mania than what was given to him. Sure, Taker had said that whatever the match was going to be, this was going to be the last match he ever wrestled. But honestly, I do not feel Reigns really deserved to opportunity to take out one of the greatest legends and characters WWE has ever known. Roman Reigns is still young and with respect to him as a wrestler, still as a lot of growing up to do and perfecting of his craft as a wrestler to achieve.

Roman, unlike most wrestlers did not come into this with prior wrestling experience. I have said many times that Roman should have done his time at NXT to get his time in wrestling wise before moving to bigger pastures. Compared to his other counterparts Dean Ambrose and Seth Rollins, they had already come into the realm of NXT with experience to back them. So naturally when the time came to move them up to the Raw and Smackdown ranks with other big time superstars, it actually made sense. However, in doing this they made the mistake of keeping Roman Reigns with Seth and Dean as he clearly was not ready for such a task. It is even apparent now after the few years of distancing himself from both Seth and Dean that he was the weakest link to the team. Even with acting classes and putting him in bigtime feuds that could have put him on the map as a true superstar, he still hasn’t lived up to the expectations that proceed his character and supposed “brute strength”. He clearly wasn’t even able to prove he had this brute strength at last week's ‘Mania when he botched an attempt at a Tombstone towards the half point of this match. Despite all these setbacks Roman has been given accolades that most wrestlers that have been there longer than him have only dreamed of.

To put it lightly, it seems that out of new talent that has debuted from connections to The Rock’s success, somehow Roman fell into the shallow end of the gene pool of natural talent when it comes to wrestling. With that being realized, it is not to say that he doesn’t have the potential to move up in his career to being someone truly great, what I am merely saying was that he was brought up way too soon for such opportunities to be given to him. The only thing that Reigns is currently using to buy these opportunities at the moment with the big cats of WWE are his looks and his height. Knowing this fact, Undertaker was most likely knowingly put into this match to further Roman’s gains knowing also that this would also be his last match. This is something that as a fan has left a sour taste in my mouth and I’m praying that the negative backlash to this is realized.

Bray Wyatt would have clearly been the best choice if one were to have ended the legend's career at Wrestlemania, seeing that it would have been a new form of supernatural evil that would have taken his place. That torch would have been respectfully been put in more capable hands seeing as Bray Wyatt has the gift of gab and the talent to back it up. Regardless of this pipedream theory of mine, reality has already taken effect and has left the Undertaker with a black stain that can’t be washed out of his career, unfairly leaving Roman years on his own career to potentially fix this mistake.