An analysis of just how toxic she really is 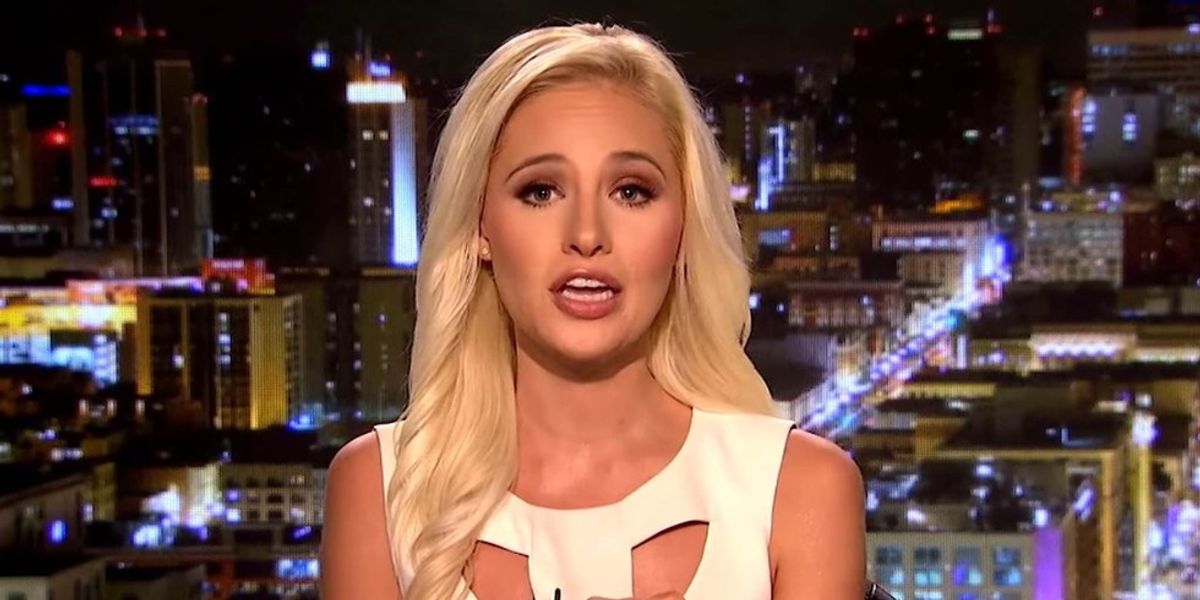 We all knew what our mom was talking about when she told us to stay away from that one girl. The one that blamed everyone but herself for the world’s problems; the one that found joy in bringing down those around her; the one who thought that calling people names was cool. Well, ladies and gentlemen, whether you’ve realized it or not, that girl is Tomi Lahren - and she is toxic.

If you’re at all familiar with Tomi, you know that she prides herself on being blatantly honest. This usually isn’t a problem, given there is at least a hint of respect shown for others. The problem is, she doesn’t even seem to know what the word means. She blames quite literally everything negative in America on Democrats, or “the left,” and gives Republicans or “the right,” credit for all things positive.

This is dangerous. It would be just as bad if it was the other way around and she was a Democrat blaming Republicans. Her party affiliation is not the problem; it is the fact that she refuses to be open to any opinions that aren’t her own. This kind of narrow minded thinking is the very reason there is such a drastic political divide in America. The last time I checked, both parties have their own set of problems. One party is not to be credited with all good things and the other blamed for all bad things that happen in our country.

Millions - yes millions - of people look to this woman daily for political news and commentary. She empowers conservatives in an unhealthy way, giving them the idea that they can blame everything on liberals, and she angers liberals, making them frustrated with getting blamed for everything. This behavior is detrimental to our society, for it will only bring more division.

I personally, am envious of Tomi. She is so young, yet has so much power. Most of her videos are shared via social networking sites such as Facebook, and according to the Pew Research Center, nearly two thirds of American adults use social networking sites. That is a massive potential audience that she is able to reach in a very short period of time. It frustrates me then, that she abuses this enormous power. She has the ability to decrease the divide between Democrats and Republicans, but instead chooses to add fuel to the fire.

I often wonder, what exactly is she trying to accomplish by spreading these messages? What is her goal? Is she trying to create more tension between parties? Because it sure seems like it. She loves to call liberals, “snowflakes,” yet is constantly complaining about things that don’t affect her at all. Does this overused “insult” really bring her that much joy? Because I don’t know about you, but I think it’s a bit elementary.

Now make no mistake, the fact that she continually calls me and people who share my same beliefs, “snowflakes” does not make me want to run home crying to my mom; quite the opposite actually. It makes me want to stand up for what I believe in and attempt to understand those who don’t share my same beliefs. I have friends who are Democrats, Republicans, Independents, and some who really don’t care, and guess what? We all get along just fine. I’m sure Tomi would be wondering, “how in the world are you able to do that?” To which my response would be: We listen to one another. We respect one another. We ask questions. We talk to one another with a goal of gaining insight instead changing the other person’s mind.

I’m sure Tomi cares little to none about what a measly “snowflake” like me has to say, however I hope that everyone can understand my message here: Hate creates more hate. Division creates more division. Stop blaming one another and attempt to listen. And last but not least, remember what your mom said about that one girl. After all, mother knows best.
Report this Content
This article has not been reviewed by Odyssey HQ and solely reflects the ideas and opinions of the creator.
Swoon