Why I'm A Tolerant Christian
Odyssey
CurrentlySwoonLifestyleHealth & WellnessStudent LifeContent InspirationEntertainmentPolitics and ActivismSportsAdulting
About usAdvertiseTermsPrivacyDMCAContact us
® 2023 ODYSSEY
Welcome back
Sign in to comment to your favorite stories, participate in your community and interact with your friends
or
LOG IN WITH FACEBOOK
No account? Create one
Start writing a post
Politics and Activism

Why I'm A Tolerant Christian

I believe in a judgement-free love. 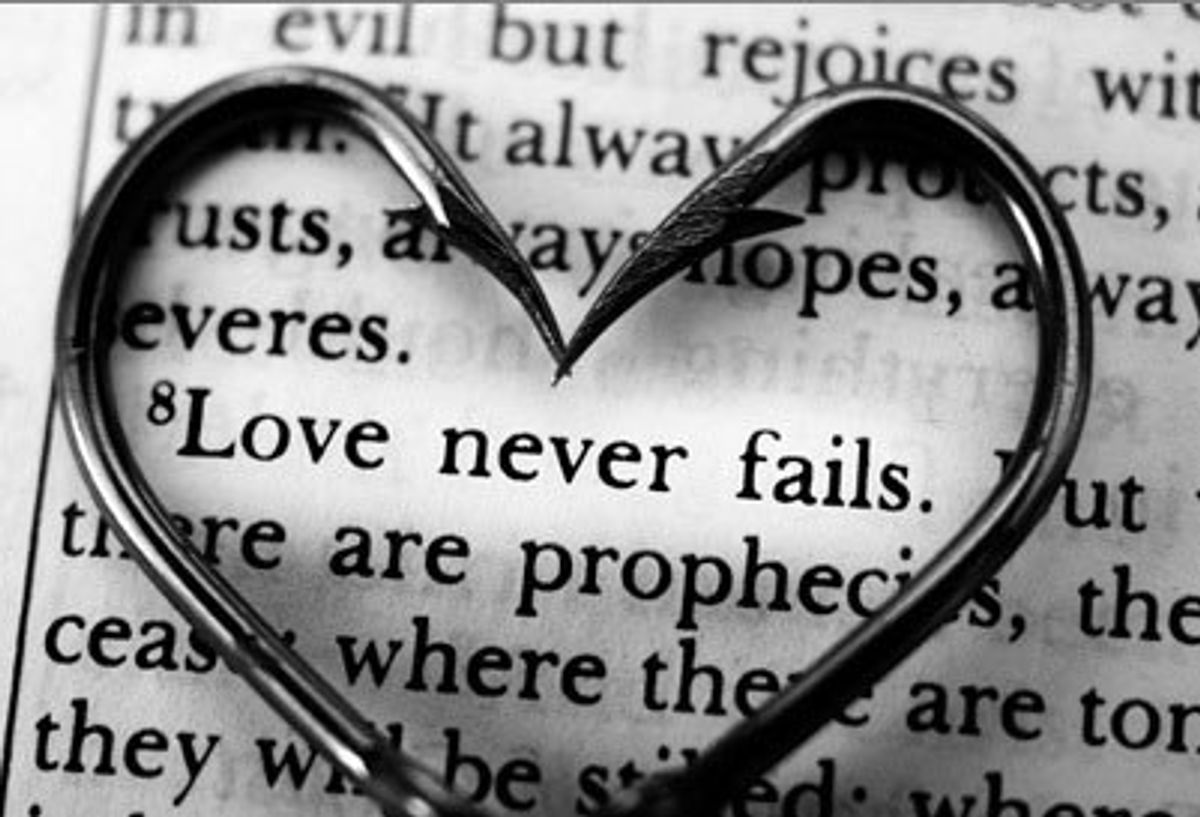 When other Christians talk about politics, I tend to keep my mouth shut, because I know backlash will ensue, and I am sure that will happen with this article. I have a very hard time being open about my political views because they are very different from those of my fellow Christians. If you are like me, I hope that you find comfort and encouragement as you read this. If your views differ slightly, or greatly, from mine, I ask that you keep an open mind and allow me as much political freedom as I have allowed you.

Last June, I was teaching at Vacation Bible School when homosexual marriage was legalized. The men and women I was working with were distraught and torn to pieces, and I felt awful because it didn't bother me. In my mind, the government is supposed to present an equal opportunity for all people, not just heterosexual and heteronormative people. I was actually sort of glad of this ruling, because my friends, who were so angry at the world, were more accepted. They aren't angry anymore, and they actually listen when I share my faith. Because they are free to be whoever they choose, I have been able to introduce them to Jesus. It is not the government's job to turn people to God by preventing them from being married (that sounds pretty ridiculous to me), but it is the church's job, my job, to lead people to the Savior.

Why am I tolerant of homosexual marriage? Because I believe that loving people wins people to Christ, not reminding them of how wrong and lost they are. I am not saying that I think homosexuality isn't a sin because the Bible says it is. However, I am saying that my lifetime of sin will weigh no differently than a gay man's when we stand before the throne of God. I have no right to try to control someone else's sin when I cannot even control my own. I have no right to prevent two men from marrying each other in sin while I watch one of my friends marry into a relationship of lust without saying a word.

One of the biggest ways politics makes its way into Sunday sermons is abortion. Do I think abortion is right? No. Would I ever have an abortion? No. Do I have friends who have had abortions? Yes. Some of those friends regret it, and some don't, and I love all of them. Just like the marriage issue, I don't feel that I have any right to restrict a woman in what she can do with her child. It breaks my heart that anyone would take an unborn life, so I should say something. It is up to me, us Christians, to show women the beauty of their child. It is up to us to help them learn to value that little life. The government cannot do all that, and if they tried, would anyone even listen?

I feel as though we, as Christians, have gotten lazy and have passed our outreach program onto the government. We vote to restrict people's decisions because it scares us to have to deal with these issues. It is difficult to love people you don't agree with, so it makes our jobs easier when the government tells them that they cannot do whatever it is they are after. I am a tolerant Christian when it comes to politics because I was to be able to show others what non-judgmental love looks like. I want to address the hard issues with people because it gives me a way to point them to Christ. I want to drive my friend to the abortion clinic only to turn around halfway because she realizes how beautiful that baby is. I want to love people the way Christ loves us, unconditionally.

QueenRadhi
The State University of New York at Stony Brook
1845