To Everyone Who Isn't Voting
Odyssey

To Everyone Who Isn't Voting 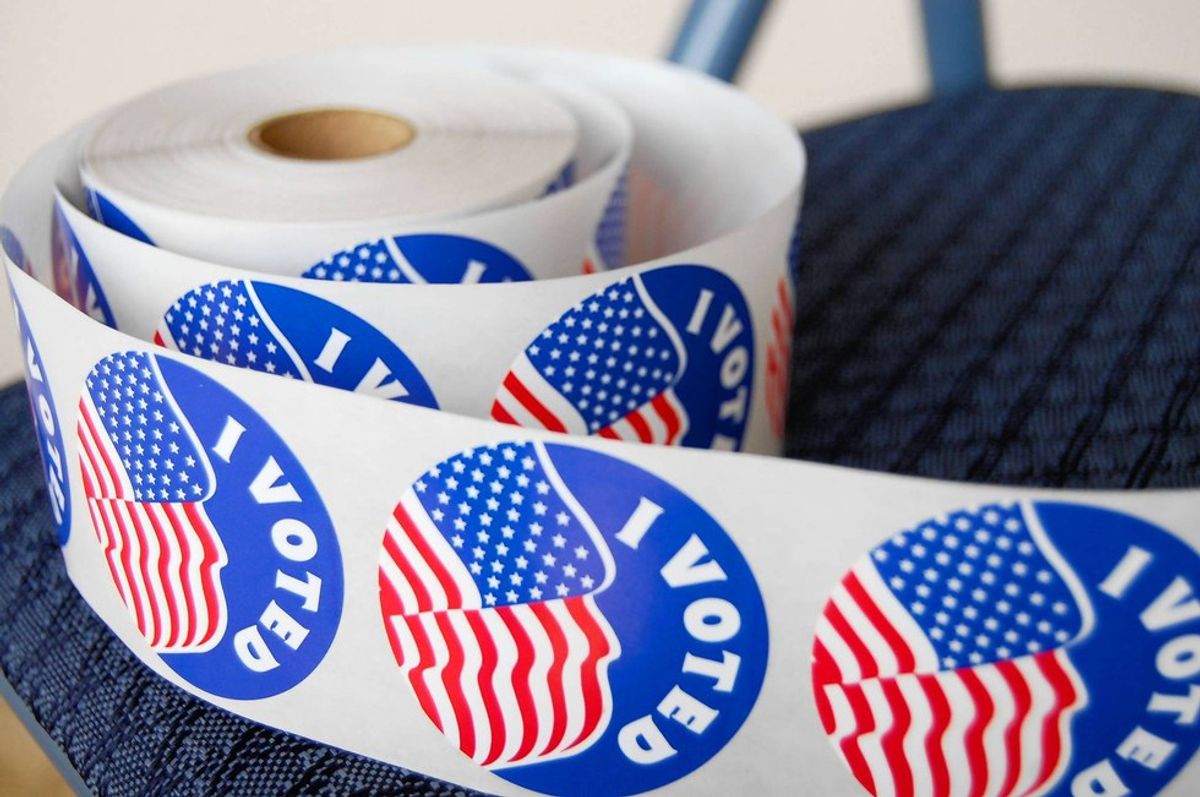 I don't understand people who claim they don't care about politics. Do you have to be up-to-date on them 24/7? No. Do you have to like them? Absolutely not. I don't particularly enjoy politics; but I do know they're important. Saying that you don't care about politics is basically saying you don't care about your future life. You see, we've been born into this thing called a democracy. And although our government isn't perfect, we've been given the liberty to elect the people that govern our lives. Unfortunately, a lot of people aren't planning to vote in the upcoming election. To everyone out there that isn't planning to vote, I have something to say to you.

My vote won't make a difference. "So and so is going to win anyway, so why bother?" A democracy is representative -that's the whole point. It is representative of the majority of the country's votes and beliefs. But it isn't going to be representative if you don't cast your vote. I frequently hear young adults saying that they aren't voting because it won't make a difference, when in fact, there are 44 million Millenials that are eligible to vote. My generation is also the most diverse group of voters thus far. If you still think your vote can't make a difference, just talk to Al Gore about the presidential election in 2000. Had the votes been counted properly in Florida for the 2000 election, it is highly likely that Al Gore would have won Florida, won the popular vote, the electoral college vote, and been appointed to office instead of George Bush.

A few hundred votes is all that it took to change the course of history.

I don't like any of the candidates. I hate to be the one to break it to you, but it doesn't matter whether you like any of them or not, because one of them is going to end up in office. You can either have a president that will completely screw everything up, or you can vote for the one you hate the least. It seems like most Americans don't know this based on the latest poll numbers, but we don't just vote for the president. You also have the power to vote for Congress, and the president can't get much done without working alongside Congress. With less than 40 percent of eligible voters showing up for the last midterm election, your vote can really make a difference.

It doesn't affect me. If this is your reasoning, you should probably go back to your high school government class. No matter what your age group, decisions made up on the hill are going to affect your life in one way or another. From student loans to Social Security, gay rights or gun control -- politics impact you. Politics impact you, me, your grandma, and your future children.

I haven't been following the race. I don't know whether or not you've heard of it, but there's this wonderful tool out there called the Internet. Even if you haven't been keeping up with the debates on TV, it's not too late to get up-to-date on the nation's current politics. In fact, now is the perfect time, because there are fewer candidates in the mix. I'll even help you; that's how much I care. If you're looking for something easy, there's this quiz that will tell you which candidate aligns most closely with your values (it will rank all of the others as well). If you'd like to learn about all of the candidates before making your decision, try here. Or get on Google and do a little bit of research on your own.

I'm too busy. This one sounds ridiculous, I know. But it's one of the top reasons that people don't come to the polls. You're telling me that at the very least, you can't take the time out of one day of the year to vote for the next President of the United States of America? If you're not going to be in the county (or even in the state) on election day, you can apply for an absentee ballot to be sent to you in the mail. All you have to do is apply online, wait til it comes in the mail, fill in the circle by your candidate's name, and mail it back.

At the very least, it's your duty as a citizen of this country to vote for the public office. You shouldn't be enjoying the benefits of our representative government if you're not going to participate in it. If you or someone you know hasn't registered to vote or isn't planning to vote, I urge them to reconsider.

We've been given a voice, and the power to express that voice.