If You Think Meat Is Necessary For Dietary Protein, You've Been Lied To
Odyssey

If You Think Meat Is Necessary For Dietary Protein, You've Been Lied To

You don't need meat in your diet, at all. 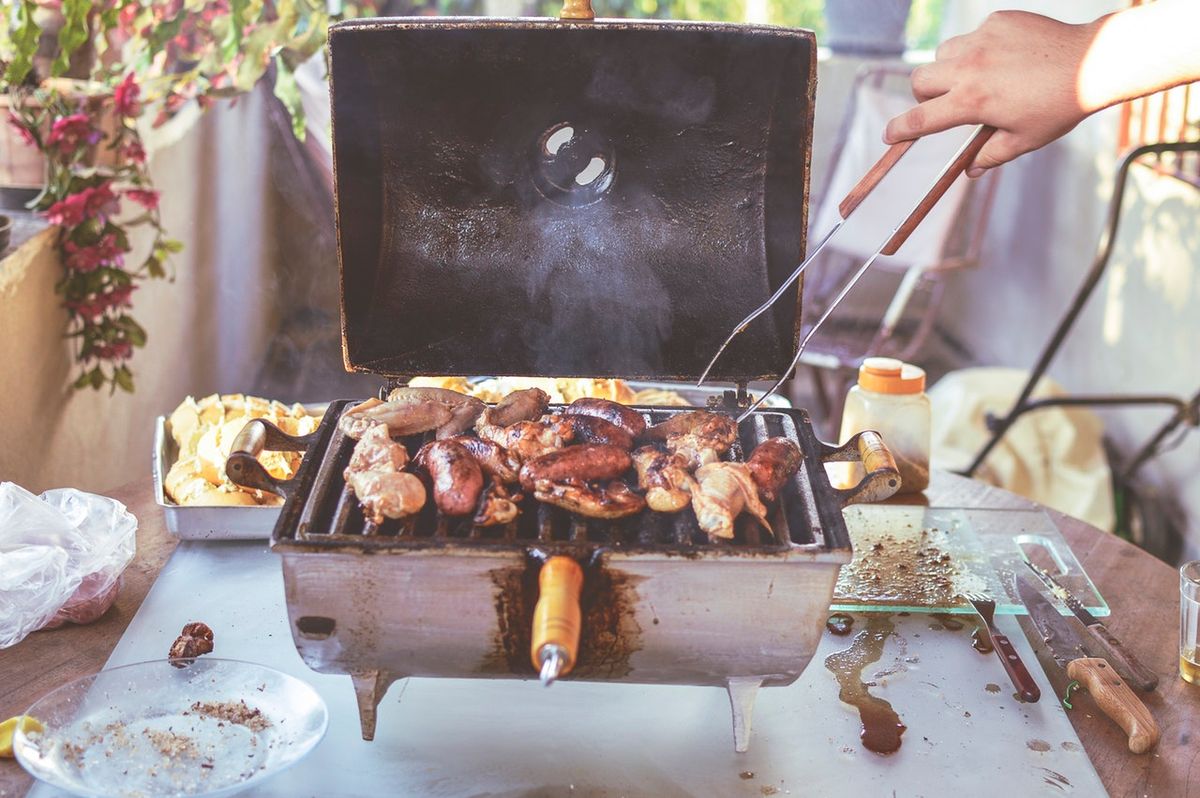 Here’s the thing about protein deficiency: it’s a myth.

In fact, most deficiencies, unless you are sucking down nothing but gas station buffets, are very rare. The only nutrient Americans may be missing more than fiber is potassium, which actually is kind of a big deal here in the states, so take 5 from reading this and go grab yourself a banana, maybe a yogurt, or hell, a potato if you’re feeling vivacious.

You can easily obtain, on a moderate budget, with proper education, a balanced diet with little or no meat in your diet. The main problem that lies here is the coinciding shitstorm of excessive lobbyism by corporate strongholds of the cow industry and all its delectable treats.

Because after all, athletes drink cow pus juice, you should to. The other half of the problem lies in the lack of education of not only eating healthy but also which foods we can simply go without, all clearly due to a continued lack of understanding of the true benefits of “healthy” food in its effects to our bodily functions.

When conversation of vegan/vegetarian conversion is brought up, many of us find ourselves in the same response: “Meat and eggs are my protein sources. Starches, vegetables, and fruits have too little protein, plus these are incomplete proteins, missing essential amino acids.”

“Vegetarians and vegans can consume soy protein, which is the only plant-based source of complete proteins.” In the face of these many merely change the subject or prepare for shit worse than siege on King’s Landing, only to run home to our computer to seek sanctuary in medical typing pools, our online sources.

In 1971, Frances Moore Lappé, authored Diet for a Small Planet, in which she advocated a plant-based diet in her book which first came out in 1971, but said plant-based protein sources must be combined at each meal. This had an adverse effect in giving people a pass to dismiss a vegetarian diet as requiring too much effort with little benefits.

A few years later, Lappé reversed her decision, the 1982 edition of Diet sets the record straight, stating plant-based protein requires no eye-crossing combination or calculation, it’s great by itself. Even the American Dietetic Association is on board and released a statement to back up these findings, the even the government has made little progress in encouraging meat-less diets.

In 1977, a senate committee report recommended to Americans that they downscale their meat/eggs consumption, only to be met with heavy debates from industry representatives. The picture above is an excerpt of a documented exchange from the American National Cattlemen’s Association and senator Bob Dole of Kansas.

And it gets worse:

That winter, the same committee released a “second edition," winding back the wording of legitimate truth of meat with more lenient wording and encouraging not a complete withdrawal of meat from one’s diet with a “reduced consumption” with the justifications stemming from not wanting “… to disrupt the economic situation of the meat industry and engage in a battle with that industry that we could not win.” Wow. Awesome. Remind me when American has ever been great again?

The Meat & Dairy industries, combined almost a trillion-dollar industry, (NAMI 2014). According to Quartz Media: “In 2014, the industry spent approximately $10.8 million in contributions to political campaigns, and another $6.9 million directly on lobbying the federal government.” This on a yearly basis, their meaty fingers in everything.

It's a losing battle, as the ever-shrinking meat and dairy categories continue to struggle to keep their place on the pyramid, though still a heated battle to present the truth the general public on proper diet.

In general protein deficiency is pretty rare in healthy adults, according to the Centers for Disease Control and Prevention. In fact, most studies state most Americans consume more protein than their body needs. It can be unhealthy to consume too much or too little protein. Protein deficiency is most prevalent in vegetarians or in those who don’t consume enough calories to satisfy the body’s nutritional needs. By monitoring your daily intake of protein, you can be sure you’re getting enough of the nutrient.

The CDC says adult women and men should consume about 46 g and 56 g of protein per day, respectively. Physically active adults may need more than this amount. In the American diet, it’s tough not to reach this amount of protein over the course of a day.

For example, you can get over 50 g of protein by eating two eggs for breakfast, a turkey and cheese sandwich for lunch and a 3-oz. portion of meat with veggies at dinner.

Here are examples of unprocessed plant based proteins:

The body needs 0.6 grams of protein per kilogram of body weight, though many recommend 0.8 grams to add a fudge factor. For the average male/female, according to the CDC, here are their specifics:

This means you need about 42-47g of protein per day.

We know that most meats (even chicken and turkey bacon) and eggs (yolk) are full of saturated fats and cholesterol, which, at the very least, cause heart attacks and strokes; so why go beyond a personal enjoyment for animal meat and make it such a crucial pillar to our dietary temple?

Plants have sufficient protein to grow giraffes, elephants, and cows, so obviously they have enough to grow relatively small people. All twenty amino acids, including the 10 essential ones, needed for good health are abundant in plants:

In real life, there is no such thing as protein deficiency, yet the meat and dairy industries generate tons of profit with these universally accepted lies.

“Fish have a unique metabolism that allows them to make essential omega-3 fats. These fats act like powerful drugs to prevent heart disease and more.”

Only plants can make omega-3 fats. A diet of starches, vegetables, and fruits always meets the omega-3 fat needs of men, women, and children. Fish get their omega-3 fats from the plants they eat, and they then store the plant-synthesized fats in their bodies in high concentrations. These fats can act like powerful medications to humans.

They think the blood and, in this way, may prevent a heart attack from a blood clot. But with “thin blood,” consumers are more likely to bleed to death following a car accident. Omega-3 fats suppress the immune system and thus may quiet arthritis symptoms.

But the same suppressed immune system is less effective at fighting off cancer and infections. These essential fats are safely consumed in their natural plant packages.

Walter Willet, MD, the head of Harvard’s Department of Nutrition:

“There are no nutrients in animal foods that cannot be gotten better from plants.”

On top of that, a 2010 study published by our pals at the Potsdam Institute for Climate Impact Research was included in an article on Science Daily.com, showing awesome results from a mock test. By cutting meat & dairy consumption by 25%, we could reduce methane and nitrous oxide levels by almost 80%, reversing effects by almost 25 years of excessive emissions by the year 2055.

“Meat and milk really matter,” says Alexander Popp of PIK. “Reduced consumption could decrease the future emissions of nitrous oxide and methane from agriculture to levels below those of 1995,”

“…Besides the conscious choice of food on the consumers’ side there are technical mitigation options on the producers’ side to reduce emissions significantly,” says Popp.

Diets that are not well-planned out can put you at risk of becoming protein deficient. Although protein deficiency as a whole is extremely rare in the U.S., the University of California Los Angeles states that people on a weight-loss plan may exclude protein from their diets to avoid the calories and fat.

This can lead to loss of muscle, called atrophy, as well as several other potential health problems. Protein keeps you upright, the chi (life force) to your soul, you can’t generate it yourself. You probably shouldn’t jump into a potentially dangerous or extreme diet change without first consulting your doctor. The one diet that has held true over all others: Include fruits & veggies, plenty of water, and exercise; if you want to step it up a notch, slowly cut out meat, maybe help save the planet.

For more information on a diet in crisis across the nation and bullshit of the meat industry: