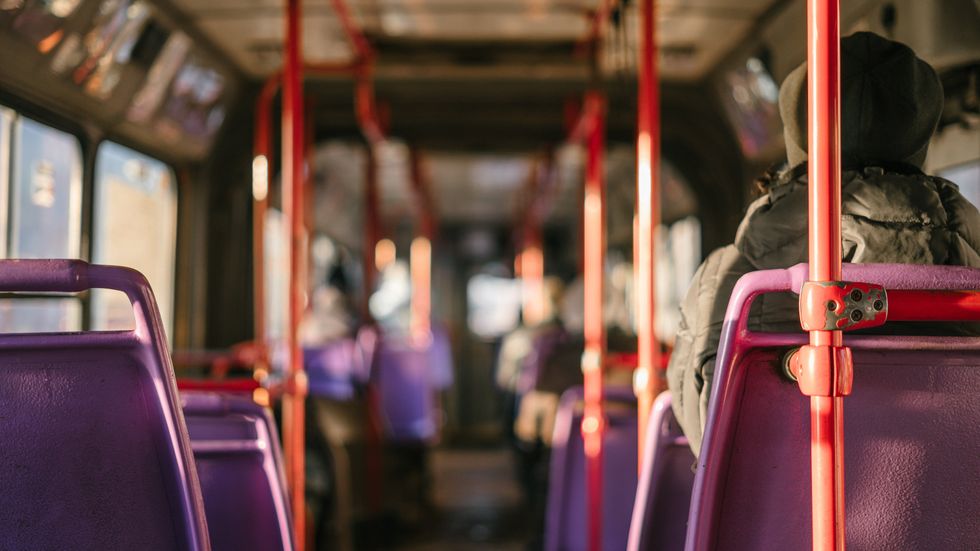 Air puffed my face as the yellow-red bus pulled up to the stop and stalled. I fixed my glasses and lifted my bag. The door opened, and I paid my fare when I boarded. I was tired.

The faces of the white folks varied in expression. Some held indifference as I walked passed. Frowns wrinkled the foreheads of others. Even one or two shone with curiosity, but I shuffled passed, swaying as the bus began to move again. I wouldn't bother any of them, and they wouldn't bother me.

The first row of the colored section had two empty seats. I sat in the middle one. The colored section sign was to my left. The bus stopped again, and I looked up when a colored man sat next to me. We shifted, shared a smile, settled. The bus moved on, stopping every few moments and filling up.

Soon, the 10 white people seats in front of me filled. Some of the white folks were standing. When the bus stopped again, the bus driver parked and stood up from his seat. He was walking towards us. I watched as he picked up the colored section sign and moved it a row behind me.

The four of us sitting there looked up at the white driver. I could tell some of us were confused, but I could figure out what was happening. And I was tired.

The driver waved his hand at us.

"Y'all better make it light on yourselves and let me have those seats."

We all hesitated at first. Then the other three stood. I didn't want to stand. I thought of Emmett Till, the colored boy who was lynched in Mississippi, and I was tired. Instead of standing, I moved to the window seat. I felt determination lock down on my legs so strongly that I wouldn't have even been able to stand if I had wanted to after that.

I shook my head. I was tired.

Folks were looking, but I didn't move. Let them look. I was tired, and I wasn't going to move.

The white driver looked like he didn't know what to do with me.

"Well, if you don't stand up," he said, "I'm going to have to call the police and have you arrested."

I nodded. Yes, he would have to. I wasn't going to move until someone made me. I was tired.

I looked out the window. I was tired — tired of giving in.

short story
Report this Content
This article has not been reviewed by Odyssey HQ and solely reflects the ideas and opinions of the creator.