How To Ask Someone Out

7 Ways To Ask Out That Special Someone 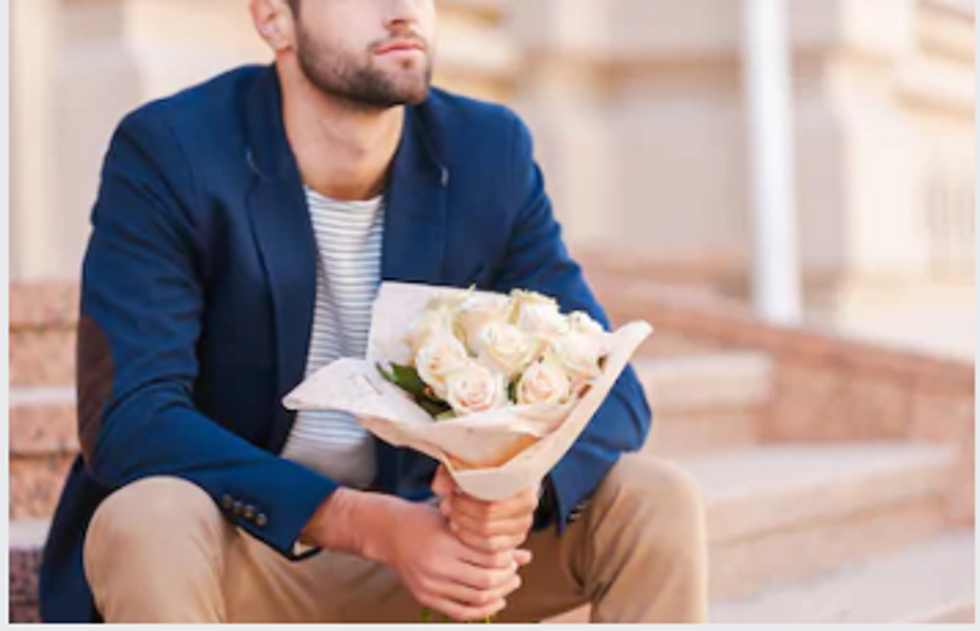 We've all been there. There is someone that we like and who makes us laugh, someone we just feel a connection with. But, who takes the next step. Do you ask them out, do you see if they ask you out? It can be scary af, especially the looming thought of rejection. But, it doesn't have to be scary!

It just takes a little confidence. So whether it's a cutie at the bar or a cutie in your class, here is some advice that will hopefully make asking them out a bit easier.

Being direct is always better than beating around the bush. Don't just ask to "hang out sometime" because that could throw the other off and leave them questioning, is it a date or are they just being friendly.

2. "I've really enjoyed getting to know you, here's my number if you'd like to grab dinner sometime."

Try to avoid asking for their number. Then they don't have to feel like they are obligated to give it to you (which they aren't btw) and it lessens the chance of an awkward rejection. By giving them your number, the ball is now in their court and if they're interested they can text or call. If their not interested, at least the rejection is less awkward.

Also, I suggest dinner over anything else, because it is obvious that you'd like to go on a date, and dinner is the best way to get to know a person. Movies, you sit in silence. Coffee is another option if you're trying to be more casual, but dinner tends to be more date-like.

Pick-up lines can be very dangerous or very helpful, depending on the person. I think cheesy and geeky pick-up lines are cute, unless they're about asking to get in my pants.

If you're going to use a pick-up line don't use one that makes you come off like dick. It's usually best to avoid ones that insinuate all you want from them is sex.

And once again, this only works on certain types of people. So, if you don't feel 100% confident and don't mind getting rejected if it doesn't work, just stick with this next one...

A polite introduction is one that will be remembered. You don't have to add the "may I ask yours?" because it's usually polite for them to then introduce themselves. Offer your hand for a handshake as well, but don't force it upon them. Don't force anything upon them.

If they introduce themselves back, then you can start a nice conversation with them. If at a restaurant/bar offer to buy them a drink, mentioning it doesn't have to be alcoholic if they don't want.

Politeness shows respect and respect goes a long way as long as it's truly genuine.

5. "I noticed your (insert fandom accessory) and was wondering (insert relevant question)?"

It could be anything, sports jersey, "Game of Thrones" shirt, TARDIS backpack, Infinity Gauntlet rings, Hogwarts House gear, etc. Even throw in a compliment like: "which is really cool by the way" or "which are gorgeous by the way"

Then ask a question which could be as simple as: "are you caught up on the latest season?"

Finding something in common is a great way to start to get to know a person. If you have a nice conversation you're then free to introduce yourself and potentially give them your number when it's time for you to part ways. Don't be too rushed with trying to make a move (by giving them your number) because then it will appear that is the only reason you started the conversation.

If you give it to them before one of you is ready to leave, then there is an awkward pause or it makes it awkward to just walk off in another direction. If you're genuinely interested then spend time getting to know them. This also helps you decide if they're someone you want to continue to get to know.

6. "I think you're really (insert appropriate compliment), and would like to get to know you better, would you like to go out?"

Being SUPER direct is a way to really put yourself out there and only works for some people. This may come off as kind of weird or they could find the boldness attractive, wearing your heart on your sleeve.

Either way, if you're going to use this way, be prepared to take rejection. A graceful acceptance is the best way to avoid embarrassing rambling and stumbling exit.

If rejected you could simply smile and say "okay, well now I know, I look forward to getting to know you as a friend" and leave it to them to say something or take your leave.

7. "Did you hear about the guy who's addicted to break fluid? He says he can stop any time"

Opening with a joke is a fun route to take. "Did you hear.." jokes are the best ones because it comes off like you're about to tell a story but it turns out it was a joke. Hopefully, you'll get a smile or polite laugh out of it.

Now that you have their attention introduce yourself as a way to see if they're interested. People tend to like others who have a sense of humor or can make them laugh, so this is always a good way to show off your funny side.

Overall, no matter how you decide to ask, be polite and respectful if you sincerely want to go on a date with this person. Don't rush things either. Dating is about getting to know each other, you're not in a relationship until you talk about starting a relationship. This can be after the first date or the second or the tenth.

Getting to know each other before diving into a relationship is important and what dating is for.

So, keep an open mind, have confidence, and good luck!