Tinder gets a bad rep, but here are some success stories at each step of the way. 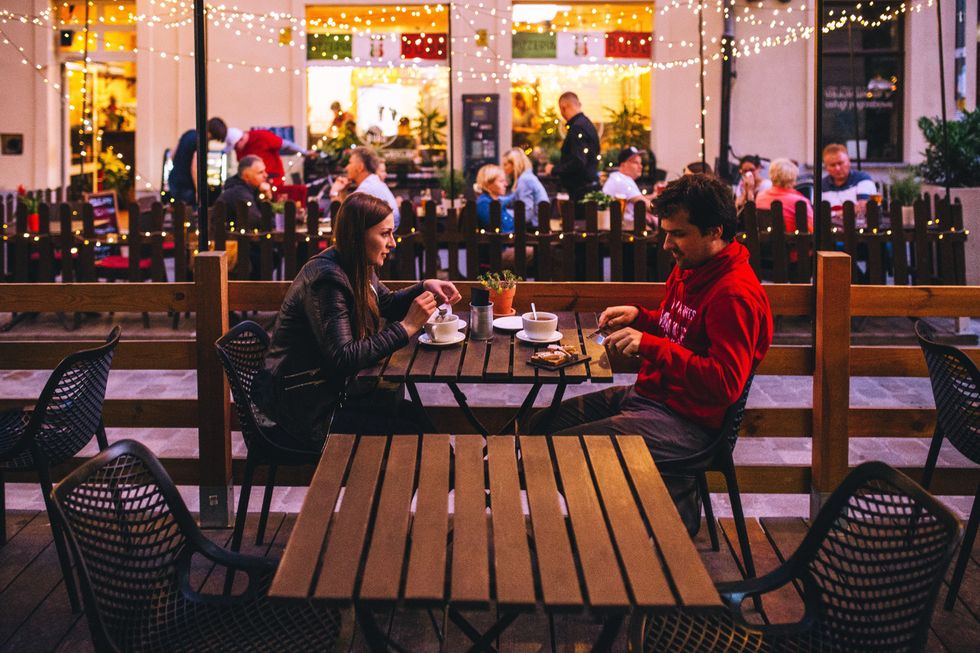 There's a lot of talk about the current dating scene, how it is killing dating, hookup culture, lots of stuff really. And a lot of the blame gets put on dating apps, and the one that gets the most flack is Tinder.

I get it, there are a lot of shitty people on the app, there is no secret about that. But are you actually able to find cool people on there? Whether or not you want to or actually date them?

I talked to four individuals who wanted to remain anonymous who have had success on Tinder, and asked them four questions.

1. How long have you been dating/talking to or whatever your current situation is with your person?

Respondent 1: "Two and a half years of dating, and we 'talked' for about two months before that."

Respondent 2: "We've been talking I think for nearly a week."

Respondent 3: "Dating four months, talking for a month before."

Respondent 4: "We've been talking for three months and actually dating for two of those."

2. What is your biggest tip for using Tinder the most effectively?

R1: "Allow for yourself to swipe right on people you normally wouldn't swipe right for, and put yourself out there. You'll definitely have to go through your own slew of sh*tty people but once in a while, you'll find a cool guy that you'll want to actually hang out with. Sometimes it goes into more, sometimes it doesn't amount to anything, but it's just a cool experience. You have to just be fearless."

R2: "I think just decide right away what you're going to use it for. If you're looking for hookups, that's fine, but if you match with a guy, don't be afraid to say off the bat what you want: relationship, sex, friendship, etc. And if they unmatch, it might feel kind of embarrassing, but you're better off."

R4: "Well, it definitely took a lot of sh*tty guys to get to a good one, but I think a big thing is having a realistic outlook on how it will turn out. I guess that means don't push things super fast because people get overwhelmed, but also recognize when a guy who seems like a funny douchebag is probably just a douchebag and not worth your time. I also think it's important to be clear and honest about who you are and what you want. It eliminates many unnecessary matches."

3. What is your best tip on sorting out sh*tty people when you start getting to know them?

R1: "Listen to your friends. One of the guys I matched with and kind of had a thing with is now getting suspended for rape and apparently has raped a number of women, and my friends told me that he was weird but I didn't really listen to them. Also trust yourself, if your gut is telling you that either your friends are right or that something that the person did made you uncomfortable, don't let them continue on thinking that everything is fine between you. Stick up for yourself."

R2: "Just like the way Tinder forces you to be superficial by swiping based on looks, you have to be equally as selective when you start talking to them. The moment they say something that's mildly a red flag, just unmatch... you're in college where you're surrounded by tons of people, so there's no point in forcing yourself to 'make it work' off the bat when there's someone out there who's probably much more compatible with you."

R3: "If they give red flags, drop them right away."

R4: "If you get a bad vibe, you're probably right about it. Most sh*tty people aren't hard to find, they're just charming so they're hard to ignore."

4. What is the best pick-up line/meme/funny story that you have had while on Tinder?

R1: "Thanks to Tinder, I have had the pleasure of making someone not believe in finding love in college anymore, was told that I had 'the most perfect p*ssy humanly possible,' was told that I was a positive impact on someone's life and made them able to start their next relationship (even though I'm now pretty sure that he cheated on that girlfriend with me — or at least tried to), and made someone believe in love. None of these are from my boyfriend either, which makes it that much more of a wild ride."

R2: "I've been learning about important dates in history. Wanna be one?"

R4: "I guess a funny but kind of sad story is that there is this one guy that messages me at least once a month but I've never replied because it's always something crude. So he's sent like at least 15 messages with no reply. After the third message with no response, give it a break, she's not gonna reply! (It makes great content for my Finsta, though)."

Overall, the takeaway here is that there are a lot of sh*tty people on Tinder and dating is hard, no matter what year or time. But if you are smart about it, then you can make some really great relationships, romantic or otherwise!

dating apps
Report this Content
This article has not been reviewed by Odyssey HQ and solely reflects the ideas and opinions of the creator.