It's Time To Unite These Divided States Of America
Odyssey
CurrentlySwoonLifestyleHealth & WellnessStudent LifeContent InspirationEntertainmentPolitics and ActivismSportsAdulting
About usAdvertiseTermsPrivacyDMCAContact us
® 2023 ODYSSEY
Welcome back
Sign in to comment to your favorite stories, participate in your community and interact with your friends
or
LOG IN WITH FACEBOOK
No account? Create one
Start writing a post
Politics and Activism

It's Time To Unite These Divided States Of America

Now that it's all over, let's take a deep breath and make up. 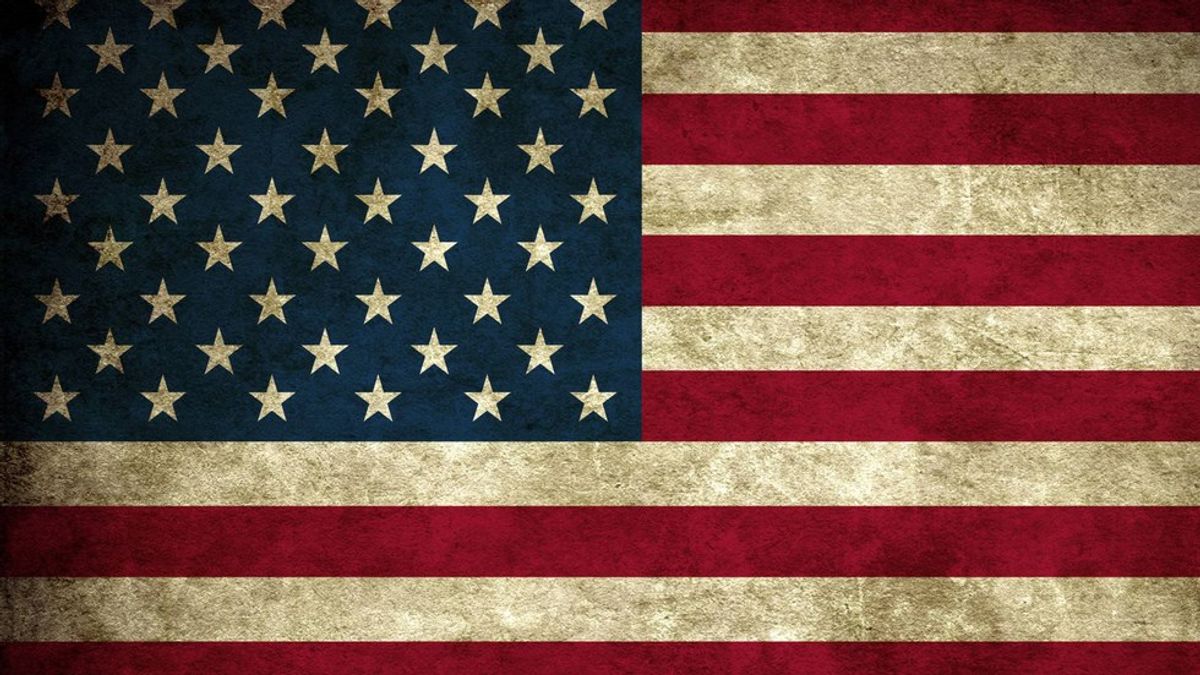 And so, this wonderful year-long political circus has ended in spectacularly shocking fashion. Only a few months ago we were all shaking our heads at our neighbors across the pond voting to leave the EU. Now the joke has blown up all over our face. We've got a reality T.V. star running our executive branch for the foreseeable future.

How did this come about you might ask? Well, it's a culmination of a long time of distrust between Americans and a truly divisive political campaign. I don't think the United States have ever been this fiercely opposed against each other in a long time. We live in a world where now more than ever, we face a mountain of issues. Police violence against blacks, black on black violence, an increasing income gap, climate change, energy revolutions, terrorism, the continued conflicts of the Middle East, Russia, social justice in all its forms, and so much more. There are so many things for Americans to take a stand on, and so many more outlets for them to voice their opinions. Of course, that also means that there is more room for misinformation, and more playing ground for the extremes on both sides to sling mud.

What that has caused is a lot of hate, and lots of misguided action. Trump is a perfect example of this. He was someone that even the Republican base feared was too extreme. But somehow, he managed to dismantle every Republican contender to win his place on the ballot. Then, against basically the entire media, he huffed and puffed, and he kept on yelling about things, and he won. How could this man, who wanted Mexico to pay for our wall, who previously thought it was ok to grope women, a man who is still best known for firing people on television, become the leader of the United States?

Ironically, there's a good deal to place on his opposition. Every time Trump opened his mouth and said something stupid or racist, you could bet that we'd pounce on it . And sure, it's all well and good to make fun of the guy who's running for president, but it didn't often stop at that. What we saw was almost a sense of condescending self-righteousness from liberals, directed toward Trump supporters. For the past two years, I've found myself more frustrated at people I know as Democrats than people I know to be Republicans. I may not agree with what conservatives may think, but I sure don't approve of liberals calling them stupid or wrong, shutting down Trump rallies because they don't agree with him, or closing interstates and making every victim of police violence a martyr and a reason to loot your neighborhood.

And then when the conservatives who have been afraid to speak their opinion for fear of being ridiculed by their more "progressive" peers use the most powerful method of change to vote for Trump, it's now the end of the world as we know it. It's tough to make friends when you can never be wrong and you encourage violence against those who are against you.

Do I think Trump was the right choice? No, not at all. In fact, he represents one step forward, and more than just two steps back. I'm concerned what he and the conservative majority will do with a lot of things, and it's going to be a difficult four years. But in no way do I think that the majority of voters for Trump are racists, rapists, or a basket of deplorables. If you push through all the angry rhetoric and xenophobia, Trump promised to "Make America Great Again." That resonated with a lot of people. I think America is great right now, but I'm not a lot of people. I have no idea what might be going on in that small town that voted red, or if any of Obama's policies have benefited them. So I'm willing to give them the benefit of the doubt that the promise of positive change stood over all of the other mess in Trump's policies.

And that's what we all need to do now. We have to, as a nation, realize that the other half is not the enemy, and that maybe, just maybe, most of the people on the other side aren't bad guys. Democrats, we have to understand that we lost this round, fair and square. We have to recognize that what we know in our hearts is morally right may not be true for others, and that we can't dismiss their opinion or shout it back at them. We need to realize that the world moves on whether we're ready for it to or not, and that we can either complain about the popular vote on twitter or we can redouble our efforts and make sure we use our passion to convince others to join our side, rather than alienate them.

Republicans, good on you for voting. Trump promised you jobs and a brighter future for America. Make sure he keeps his word. Don't be afraid to speak your opinion, and don't let anyone yelling at you that you're wrong or a misogynist deter you from finding some honest dialogue with folks on the left. Also, don't think that we're taking your guns away, or that we plan on moving your jobs overseas or to illegal immigrants; we are all Americans. We want what's best for us as well. We don't want to lose jobs either, and just as the First Amendment has its limitations, that's all we ask from the Second.

Those who voted third party, don't stop doing your thing. No matter what you may hear, your vote counts. Vote for what you truly believe in. You aren't harming America with your vote; you represent America, and the freedom to choose.

We have all suffered through this election. We have pitted American against American, and everyone is to blame. But now it is time to move on. It's time to stop thinking that the other side is always wrong, and that there's no hope in changing their minds. It's time to reignite the true form of debate. Not the slander, name-calling, and "wrong!" yelling, but the open forum of thoughts and ideas. Let's get back to not liking each other because we're fans of the rival team. Let's work together, and stop these two voices of anger and divisiveness from overpowering the country. Let's have one voice. It may be full of differing views and gets into arguments at some times, but it will share a common goal of a brighter future. Let's remind the world of the American voice, a voice that rings out loudly, a voice that is United.