Exploring Tijuana in its evolutionary and entertainment lens
Odyssey

The Untold Story of Party Town 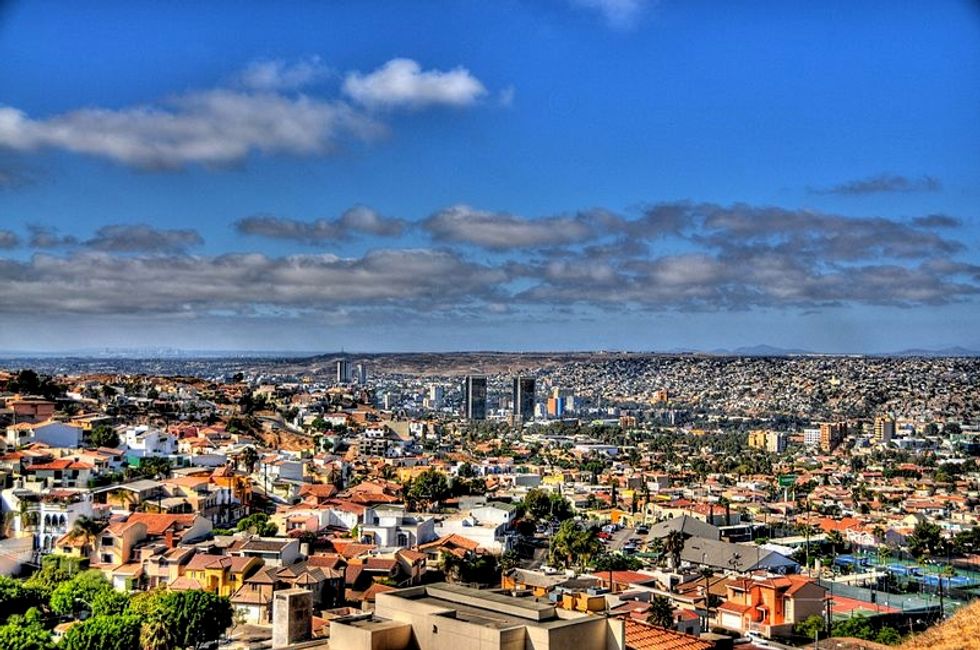 Tijuana, Baja California, Mexico, is home to one of the most acclaimed gastronomic and cultural experiences. The epicenter of the ultimate road trip scenario, it becomes a link between beach towns and high-end nightlife. In the past years, the city has been stereotyped as a dangerous scene. Foreigners have deemed going to Tijuana as a fatality, missing everything the city has to offer. Tijuas, TJ, Tia Juana, call it how you want, contains an explosion of color, music, food, booze, and scenery. As Manu Chao sang in his 1998 rendition to the city of adventure, "Welcome to Tijuana."

Tijuana is home to the Caesar Salad

Yes, people, the Caesar salad was born in Tijuana, Mexico. Created by Alex Cardini in the 1930's in his brother's very famous restaurant Caesar's. Still holding a gold medal decades later for it's decadent menu and historic presence to the city.

The late 1990's saw James Cameron and his crew traveling an hour off from Tijuana to the beach town of Rosarito. Baja Fox became home to various scenes of the movie "Titanic", such as the infamous sinking of the boat in the final scenes. It also became setting for other big films such as Pearl Harbor. The scenery is still intact for those who tour the water sides of Rosarito.

An hour drive from Tijuana takes tourists through a scenic drive through the ocean side and curvy roads in a rustic drive into the very prestigious vineyards of Valle de Guadalupe. The vineyards are home to one of the biggest wine cultivators such as L.A Cetto, Monte Xanic, Baron Balché, among many others. It hosts tours to those who visit, introducing endless gustations of wine and gourmet foods. Valle de Guadalupe offers countryside elite bed and breakfasts to enjoy the vineyards to its fullest. Because what could be better than endless tasting of wines, cheeses, and slices of bread? Mexican food. Fun fact: drinking age is 18, just saying.

These novelty food trucks have come to swoon the public for its gourmet dishes and breweries. Gastronomic options range from high-end poke tostadas to quality meats and cheeses dishes to accompany with wine. Its rustic display within a big storage room has become the ultimate hanging spot for the hipster millennials, booming Instagram stories with its new "it" place to hang out in.

This is no bs merchandise, this is legit Mexican products imported from all over the Republic. You have candies from the south, quality tequila and mezcal, and an exotic array of fruits, vegetables, and rare foods one wouldn't even know existed. On one hand, you can walk through displays of food, souvenirs, piñatas, candies, and whatnot. Then there are the witches who have their little shops with powders and herbs to cure your loveless life or beer bellies. What seems to be a square of shops proves to be one of the most intricate shop mazes, where you go through a door and end up in another hallway.

Puerto Nuevo: Pounds of fresh lobster by the seaside

Puerto Nuevo proudly serves its visitors one of the best lobster cuisines, accompanied by a concert of Mariachi while watching the sunset at the beach. Its most famous dish is constructed of pounds of lobster, freshly made flour tortillas, and refried beans while sipping on ice cold beer.

Feeling Bohemian? How about some poetic music, dim lights, surrounded by starving artists?

El Lugar del Nopal has been around for ages in Tijuana. It has been a hanging spot for those who did not yet make it into the music industry, but probably have more talent than those in it. You experience first hand, music with substance in it. It is a cocoon of artists exposing their talents in a dark yet serious air with deep conversation, good martinis, and amazing tapas. You have folklore, paintings, books, a Greek-like tree-filled garden with lights. The total combo... Fun fact, my own mom gave concerts back in the 80s in her hippie-like days of Hispanic singers like Silvio Rodriguez to music from Carpenters and Air Supply. The ageless room of talented individuals has made El Lugar del Nopal, a timeless hippie hole of bohemians.

CECUT, or "the ball" as locals have come to baptize it, is a world filled with culture and art. It offers theater and expositions of the latest art tendencies to timeless classics like Diego Rivera and Salvador Dalí. Within the CECUT are shops filled with books from all over the country ranging from biographies to Mexico's legendary hauntings. There is always a new event being hosted by CECUT, celebrities from Mexico come to bring artistic satire shows. Musicians bring their music to expose it to the people by playing outside on the premises. The infamous "Tijuanarte", is a festival that happens once a year, bringing with itself the rarest forms of art and food, bringing people from all over the city and San Diego to bring it to life. The Book Festival also lights up the floors of CECUT with the diverse and cultural texts it imports from around Mexico. Finally, CECUT has become a center of art and culture for its people, but not without the 3D Imax experience in "the ball", where one is submerged into the 360 film inside a dome.

Offering a description of this place cannot be fully described. It is fair to rank this restaurant among the top cuisines in the city. Riochia's location adds to its mysterious allure in Tijuana, given it is next to graveyard where Juan Soldado, an alleged man was decapitated unjustly for a crime he had not committed back in the late 1930s. Riochia7's pathway is eerie yet drawing in its faithful customers every time. It serves traditional indigenous food from Chiapas, with its French pressed coffee, and maize drinks, to its mole tamale wrapped in banana leaves. The scenery within the restaurant is one that could be compared to Tarzan's treehouse, in a darker aspect. A piano accompanies guests, while the adorned walls show portraits of Mexican ancestry. The food is 10/10 and the ambiance in the room indescribable.

Das Cortez is a relatively new coffee shop adorning the corners of upscale neighborhoods in Tijuana. Begun by a young businessman, it soon became a hit. Before you knew it, Instagram and Snapchat showed the stylish black letters on coffee sleeves. Das is not only trendy because of its black and white design, but because of the quality of its coffee. The taste of its drinks has a defined flavor that can be traced back to its origin. The difference between Das coffees and say, Starbucks, Peet's and such is that this flavor can be differentiated unlike the tendency of coffee to taste like, well, commercial coffee. One of the most beloved drinks at Das is its capuletto, a dark espresso for the strong stomachs. The iced latte, matcha, to its intricate yet delicious Lavender Mocha.

Look, the list of places that are worth giving a visit to the great city of Tijuana is endless. The list above doesn't do justice to the wonders the city has to offer. However, it is important that one brings to light just how many hidden treasures this border city has to offer. It has been minimized by public scrutiny due to its proximity to the US and the polemic of politics in the past years. However, those who have dared to roam this city can attribute its magic to unforgettable spring break adventures, beautiful scenery, amazing food, and some of the best and liveliest people you will ever meet. May I say, one of the best tacos in the country as well are rooted here in Tijuana, because, well, not everyone in the country puts Guac in tacos, or put cheese in quesadillas, a heated argument all Mexicans know. All roads lead to Mexico once you decide to open your hearts to what I call the Mexican holy trinity: tacos, tequila, and tamales.