There are small but noticeable differences between the two countries. 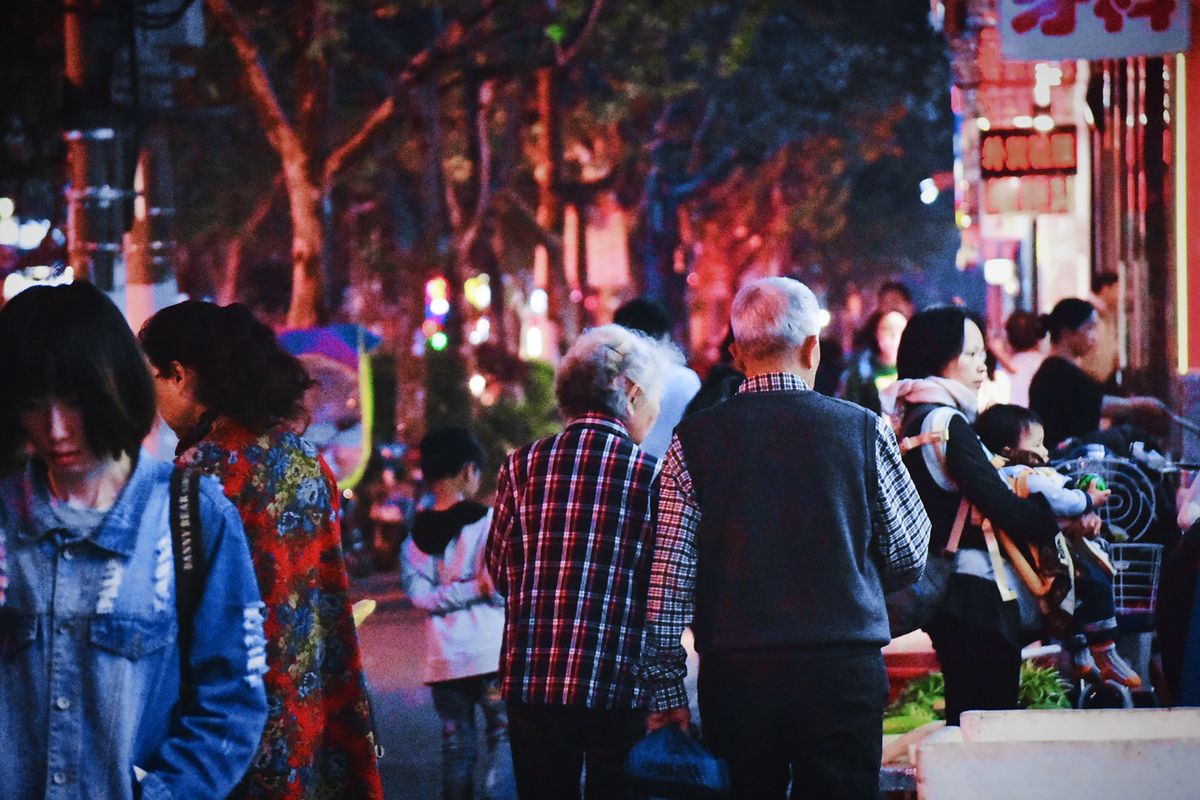 Before traveling to China, I never expected to notice so many differences between my day-to-day life in America and here. Of course with all travel comes new experiences and realizations, but China has been completely different than anywhere else I have traveled. It's a beautiful country where the people are welcoming and there are endless streets to discover. The differences may be small, but they are unique none the less!

There’s a lot of common courtesies we have in America that we don’t realize is because of our culture. For example, whenever you are trying to get on an elevator, the normal thing to do is wait for the people on the elevator to get off, then you walk on. Since it’s such a busy city here, people do not wait and they all try to get on the elevator at once. One thing I did notice was that whenever they are honoring a guest, they will cheer and they will clink their glasses lower than the honored guest, and the guest must drink before they do.

On the streets on Tianjin, cars, taxis, and bikes fill the entire space. On the sidewalk, it is also filled with cars, taxis, and bikes. They park on the sidewalk, which causes the pavement to break and it creates an uneven walkway for the pedestrians. It’s also strange to be walking out of a building and having to dodge oncoming traffic because people are trying to park and get to work.

The style of dining in Tianjin is family style. A traditional setting would be for the table to be round and everyone seated around. The middle of the table has a spinning dish on it where you can set all the entrées, and everyone gets to try everything. It’s also not unusual for the people eating the meal to eat right off of the shared plates.

Everyone smokes. Well, that’s a little crazy to say that, but most people you see on the street have a cigarette in their hand. It’s a big part of the culture here, and some of the employees in our hotel even smoked inside.

Especially on a university’s campus, I noticed students carrying around big thermoses and would drop them off to be filled. That’s because the tap water isn’t clean enough to drink, so everywhere you go you have to bring your own water. They also drink hot water at most restaurants which is very different from America where we get ice water whenever we ask.

It’s not as noticeable as you think, but there are little differences that show how the government has influenced their citizens - like how there are no homeless people. That's really different from America since we have homeless people everywhere in every major city. I also noticed a lot of service workers cleaning the city - like a huge truck that sprayed mist in the air to keep the trees around the city watered.

Living in “the great American melting pot”, you get used to seeing people of all different races and cultures. Being in Tianjin, the fourth largest city in China, you think the citizens would be used to seeing people of different races. Especially, being so close to a foreign studies university. Where ever you go you get stares and we have even had people take photos of us. Some people were polite enough to ask, but some people tried to secretly take our photo and their flash would always go off. Awkward to say the least.