How I Went Through Four Roommates and None of It Was My Fault
Odyssey
CurrentlySwoonLifestyleHealth & WellnessStudent LifeContent InspirationEntertainmentPolitics and ActivismSportsAdulting
About usAdvertiseTermsPrivacyDMCAContact us
® 2023 ODYSSEY
Welcome back
Sign in to comment to your favorite stories, participate in your community and interact with your friends
or
LOG IN WITH FACEBOOK
No account? Create one
Start writing a post
Relationships

Sometimes, it does not turn out the way you planned 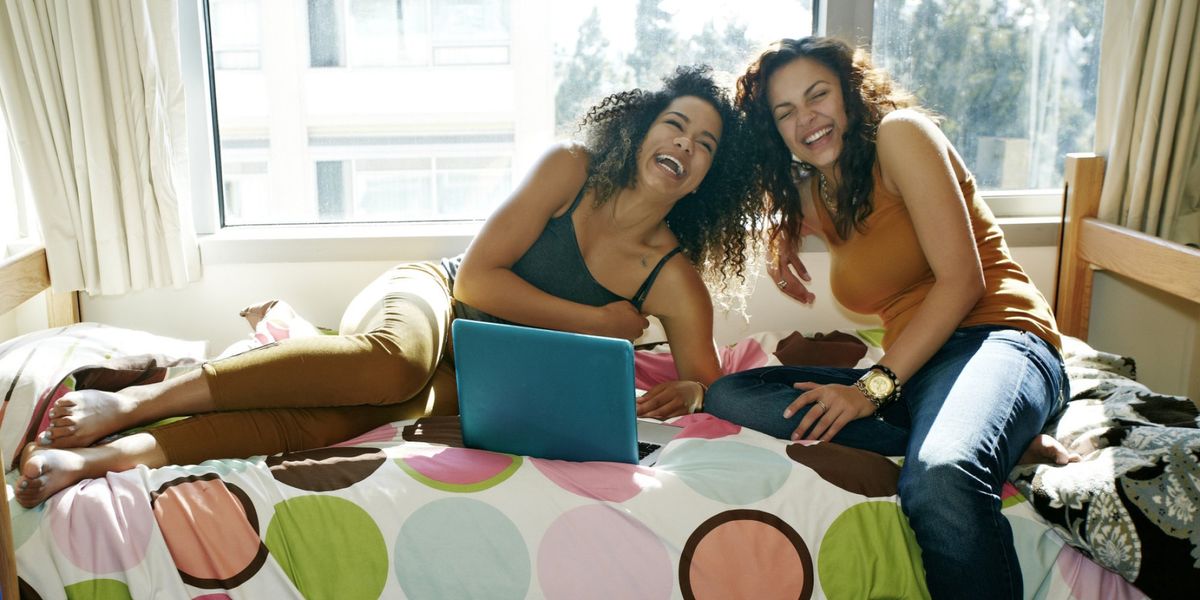 For the sake of this story, all names have been changed.

Roommates. Something most incoming college freshman feel simultaneously excited and terrified about. We have all heard roommate horror stories, and yet we have also seen the beautiful friendships that have blossomed out of roommate pairings.

When I was entering college, I was incredibly nervous about roommate pairing. Yes, I knew that even though I signed up for random roommates, I would be “matched” with those that seemed most fit, based on what I had filled out.

When I anxiously checked my housing page over summer, and read the names of the two girls that would be my roommates, I’m not sure what I expected. It wasn’t like I would receive a ton of information, simply their names and phone numbers.

I quickly put their numbers into my phone with the intent to contact them later. After some incredibly awkward first texts and some getting to know you, I was more at ease with the selection. These girls seemed nice enough.

However, as almost as quickly as it began, I noticed Jamie’s name removed from my housing page. Confused, I sent her a text. She informed me that she would no longer be attending UC Santa Cruz, but she was glad she got to speak with me. I wished her all the best, and that was that.

I then quickly wondered if this meant Natalie and I would be in a triple with only the two of us. Weeks of summer vacation passed, and a new name appeared.

We quickly got a group chat started, and I felt confident that these were the girls I would live with for the next year. School started, and it became quickly apparent that while we were all kind to one another, we just did not have much in common. I was ok with this, as it urged me to explore college outside of my room. And while there was never conflict, Natalie, Sarah and I never became close.

Halfway through fall quarter, I received a text from Natalie asking if we could talk. I became anxious, figuring I had done something wrong, and she was going to confront me (I’m very much afraid of confrontation).

She pulled me into the hallway and told me that she was leaving Santa Cruz. Confused, I asked why. She told me that she has a heart condition, and she felt that she needed to be closer to her cardiologist back home, and that although she thought she was well enough to go to school, she could not complete the year. I hugged her, and went to get Sarah so she could here the news too. Soon after, Natalie packed her things, and left.

It was just Sarah and I for a while. We wondered if someone else would get placed in our room, or if this was it for the rest of the year. The day we both left for winter break, we received notification that another girl would be moving in.

When we returned from winter break, Emily was all moved in. She seemed incredibly sweet, but considering we had already been at school for some time, we all had friendship groups outside of our dorm. I think this might be the reason we never really hung out much, apart from being in the room.

Winter quarter went by without any hiccups, or so I thought. Spring break began and I thought everything was normal. I would soon realize it was not.

The day I got back from spring break, all of Sarah’s stuff was gone. In fact, the second I walked into the room, my RA was there, giving her the form to sign in order to give back her key. I asked Sarah what was going on, and she told me she was moving to another building on campus. She never gave me an explanation. I later heard through the grapevine that it was because she did not like Emily, but I was never explicitly told the reason.

I was once again back to living in a triple with only two girls. I quickly realized I had been the only constant in my room. Both Emily and I just were glad that Sarah seemed happy when we saw her around, and continued on with our lives as college students.

Halfway through spring quarter, I received word that Emily was moving out. I to this day cannot say the exact reason why, as I do not know. All I know is that her and the housing office got into many arguments, and many meetings were called. Whether this means she was kicked out, or left before she was, I do not know. I felt it was not my place to ask, considering that we were not incredibly close. But, needless to say, she packed her things, withdrew from her classes, and moved home. I knew that a lot of things had been happening with her family back home as well, and that she felt like sooner or later, she would have to go anyway. I’d like to think it was for the best, and I hope that she is happy.

So now, as I currently am writing this, I am sitting in my room, with two empty beds, and quiet all around. I have been the only thing that is constant within this dorm room. Everyone else has left.

I must say it is nice having the room to myself. I do not have to worry about putting things away immediately. There is more room for my stuff that previously was stuffed in miscellaneous places. I can watch Netflix out loud, or just change completely out in the open, with no fear of getting caught naked.

But it is weird. I will go home after this first year of college, and have everyone ask about my roommates. I will probably ask how much time they have.

Because it is quite a story.

Nicole Marie Nigro
Individual Creator
7399
c1.staticflickr.com
Where to start...... Let me start with the cliche that life throws us curveballs and what we do with it is what counts.