We shouldn't ALWAYS be ashamed of our old pieces of writing, just like I'm not ashamed of this piece I wrote about my dad. 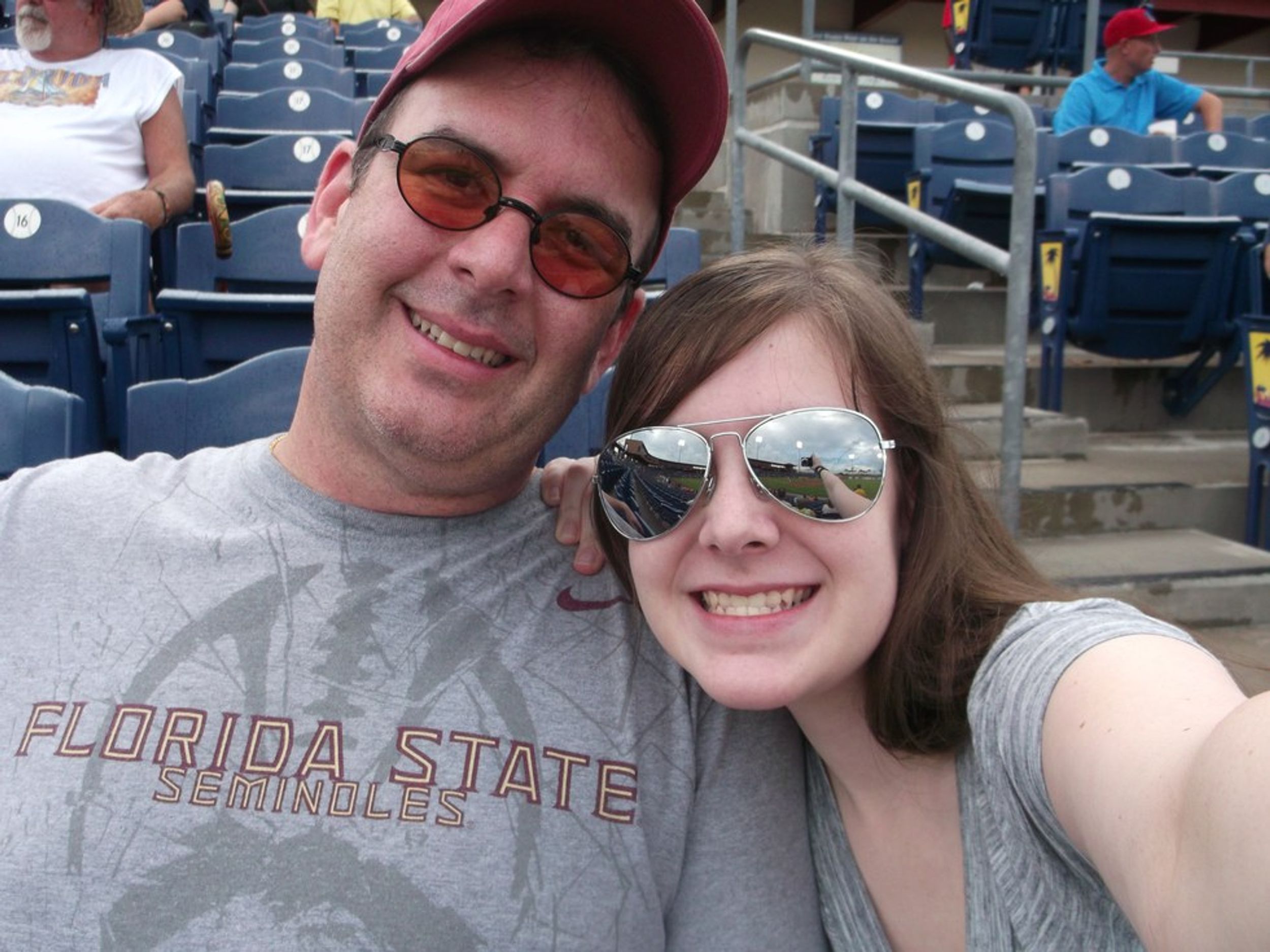 When we all think of our writings from when we were in middle school through high school, we all cringe at the thought. Most likely than not, the cringing is pretty justified. However, that doesn’t mean we always have to be ashamed of our old writings. That’s why I will be sharing this essay I wrong in my junior year of high school. I wrote it for composition. For reference, I am now a junior in college.

“Whatever you do, just make sure you’re happy doing it.” Those were the words my dad had told me whenever I had decisions to make. It didn’t matter what it was; he told me the same thing. As long as I’m happy, my Dad is happy as well. I could list plenty who have influenced me, but none influenced me as much as my own father.

There are too many life lessons you have to learn while you’re young; all of which are important for you to be able to function in society. I learned a great deal of those lessons from my Dad. He was always telling me how to fix my mistakes so they didn’t happen again. My Dad was also my tutor for school. He wouldn’t just tell me the answer, but have me work through it so I would be able to do it without help at a later time. Such examples would be with math. To think that something as simple as fractions was too hard to handle, before my Dad came to my rescue.

“Brake! Brake!” yelled my Dad from outside the mechanical beast they call a car. One of the many skills my Dad has taken upon himself to teach me is driving. My Dad wanted me to pull the car into the garage after we finished putting the Halloween decorations in the attic. He stood at the back of the garage by his work bench, and I sat in the monstrous hunk of metal. I slowly brought the beast into the garage, but I went too far and shoved him against the work bench.He had kept telling me to stop, but it scared the living hell out of me, and I went forward instead. He told me to put the car in reverse, but I couldn’t do it fast enough. I thank God that my mom was there and able to throw me out of the car in time to save my Dad. I ran into my room and locked myself in. Of course, an hour later my Dad finally came to talk to me. As I approached the door, I was dreading him yelling at me; the thought of his disappointment was causing my breathing to become unsteady. Once I finally reached the door and opened it, I realized he wasn’t angry. He wasn’t there to yell at me or put me down. He was there to help me learn from my mistake and grow from it; never once scolding me for it. My Dad got it through my brain that day that I can’t panic in situations like that, and I always have to remain calm. Despite the lesson, I’m still afraid of driving.

My future seems so far away, but the truth is that it’s closer than I could ever imagine. I’ve set goals for myself and I will do everything in my power to achieve them. My passion is for film, so my Dad takes me to see a ton of movies, talks about the production crew with me, and assists on making my knowledge of film as well versed as possible. We do a lot of projects in TV production and a lot of work on the morning broadcast, so he always gives me tips to improve my work. I know how blessed I am to have a father who supports what I do to the fullest, and I’m unbelievably grateful to have him.

Time goes by quicker than we think. It seems as if I was just in elementary school one day and in high school the next. Compared to the average human lifespan, my life is just beginning now. My Dad has helped prepare me for life, so despite being nervous, I know I’m ready. I know my Dad may not have done anything super ultra-extraordinary in his life, but it was always the little things that counted; it was always the little things that inspired me.