This Is Only The Beginning To Having Panic Attacks
Odyssey

This Is Only The Beginning To Having Panic Attacks 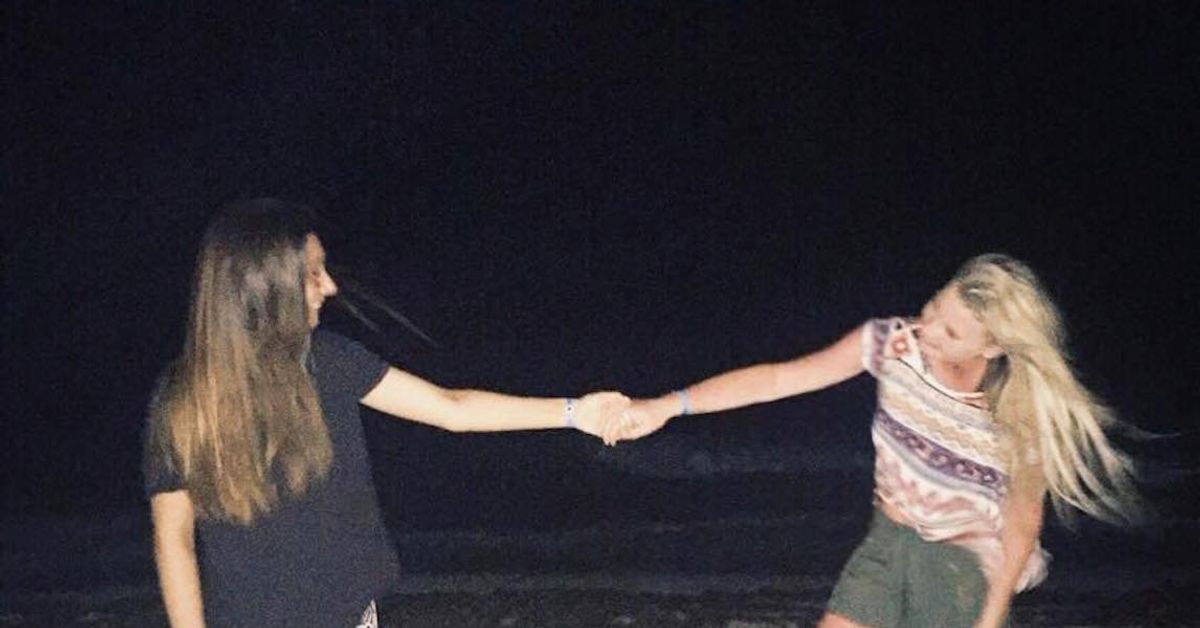 Life is a stage and walking across it is way too boring, so I choose to sashay across the floor instead. This is why my parents called me “drama queen” more than my actual name when I was a little girl. If you’re the drama queen of your family you are very familiar with the words, “stop being overly dramatic,” and you have to be reminded that a sore throat isn’t the end of your soap opera life.

When I was 16 I had my first severe panic attack. I am not referring to the minor panic you feel before an arduous exam or when a friend unexpectedly jumps out at you, that mini drop in your stomach doesn’t even compare to the gut-wrenching experience of terror an actual panic attack causes.

A huge showcase in Colorado was just a couple weeks away and I was frustrated with my hitting so I asked my coach for an individual session. Even after hundreds of reps, I wasn’t where I wanted to be. My coach was in a rush so he said his goodbye as I was still packing up my stuff. Frustrated as ever, I hurried to put all of my stuff away because I just wanted to get out of there as fast as I could. I stopped at the bathroom to cool myself down with water because I started to get hot flashes. Then came the racing heartbeat, it was hammering so hard I thought it was going to give out. My chest became restricted, making it difficult to breathe. I felt trapped in the small bathroom, so I turned around to leave and started seeing black spots. What’s going on? Am I having a heart attack? Why can’t I control my own body?

My brain kept cycling through what just happened on the car ride home. After experiencing wave after wave of fear, I was in shock. I felt so distant from the world.

When I got home the first thing to come out of my mouth was, “mom, I want to go to the doctor because I think that I have heart problems. I think I almost had a heart attack or did have one after softball.” She assumed that I was over exaggerating but agreed to schedule an appointment.

Sitting in the doctor’s office, I was prepared to hear the very worst news possible about my health. Shaking with anxiety waiting for my results, the doctor finally returned with a smile and said, “good news! All of your tests came back fine, nothing is wrong. Everything actually looks great, you are very healthy.”

I looked at him confused and asked, “are you sure? You’re positive I don’t have some life-threatening condition? Because I am pretty sure I almost died a couple days ago…”

My mom laughed and said, “Savannah, stop being so dramatic, you were probably just dehydrated.”

Wow, I really am a drama queen. I can’t believe that I actually thought I was dying and absolutely nothing is wrong besides the fact I am not drinking enough water. Embarrassing.

After that, I experienced panic attacks every so often. I would get them a couple times throughout a few months, and then not at all for months. Absolutely terrified to be ‘dehydrated’, I would chug water all the time. Even chugging water bottle after water bottle, they still came around, though.

I said so often that I had heart problems that it kinda got put on the back burner. My parents thought I was a little crazy, and even I was starting to believe I was nuts for diagnosing myself with a heart condition when I have no experience. It was easy to start making excuses every time I had a panic attack.

When college came, the stress of time management, studying for exams, and everything else triggered my panic attacks. They were a lot less severe than the one I had at softball, but they occurred more frequently. I started waking up two to three times a week in the middle of my sleep in absolute panic, and then I would shake for a solid half hour until I could fall back asleep.

I was so relieved to come home for winter break because I could not handle the stress anymore. One of the first nights back, my best friend and I went on a cruise to talk about life. Out of nowhere, I turned off the music. “My heart is beating really fast and it’s scaring me, I don’t know what to do.”

“Here, have some water.” She said.

I didn’t move. I was scared that if I made any movement my heart was going to beat out of my chest. I couldn’t feel my fingers, my legs were shaking, my chest felt tight, and it was like shockwaves of electric pain shooting up and down my body.

“Please pull over,” I couldn’t handle the moving car anymore. I needed everything to stop spinning, I had to get out of the car as fast as I could.

She knew whatever was going on was serious. She pulled over and tried to talk me through my panic. She tried to distract me by giving me something else to focus on, like memories. It helped. I told her that I was ready to get home, so we started driving again. Within a mile, I asked her to pull over again because another wave of fear came.

“I need to go to the hospital, I feel like I am dying,” I said with a shaky voice.

She was trying to hold back tears of frustration. At this point, it was impossible for her not to panic. She went to call my brother and I interrupted her and said, “I’m fine now. Please just take me home.”

Neither of us slept much that night because the aftermath was just as painful. I felt helpless and completely traumatized that something like that could happen again. Dealing with something as painful coming back would make life too miserable to bear.

I had constant fear for a couple of weeks. Minor panic attacks would happen at home, while I was eating, with friends, or anywhere. It seemed like nowhere was safe from panic attacks, they didn’t care where I was or what I was doing.

Recently I found out that my panic attacks developed into panic disorder and teamed up with agoraphobia, so it is almost impossible to go anywhere without having a panic attack.

However, that is not the end of the story. This is only the beginning, with the help of my psychiatrist, I hope to learn how to nip panic attacks in the bud before they blossom into severe events.
Report this Content
This article has not been reviewed by Odyssey HQ and solely reflects the ideas and opinions of the creator.