This Is For My Brother
Odyssey
CurrentlySwoonLifestyleHealth & WellnessStudent LifeContent InspirationEntertainmentPolitics and ActivismSportsAdulting
About usAdvertiseTermsPrivacyDMCAContact us
® 2023 ODYSSEY
Welcome back
Sign in to comment to your favorite stories, participate in your community and interact with your friends
or
LOG IN WITH FACEBOOK
No account? Create one
Start writing a post
Health and Wellness

This Is For My Brother 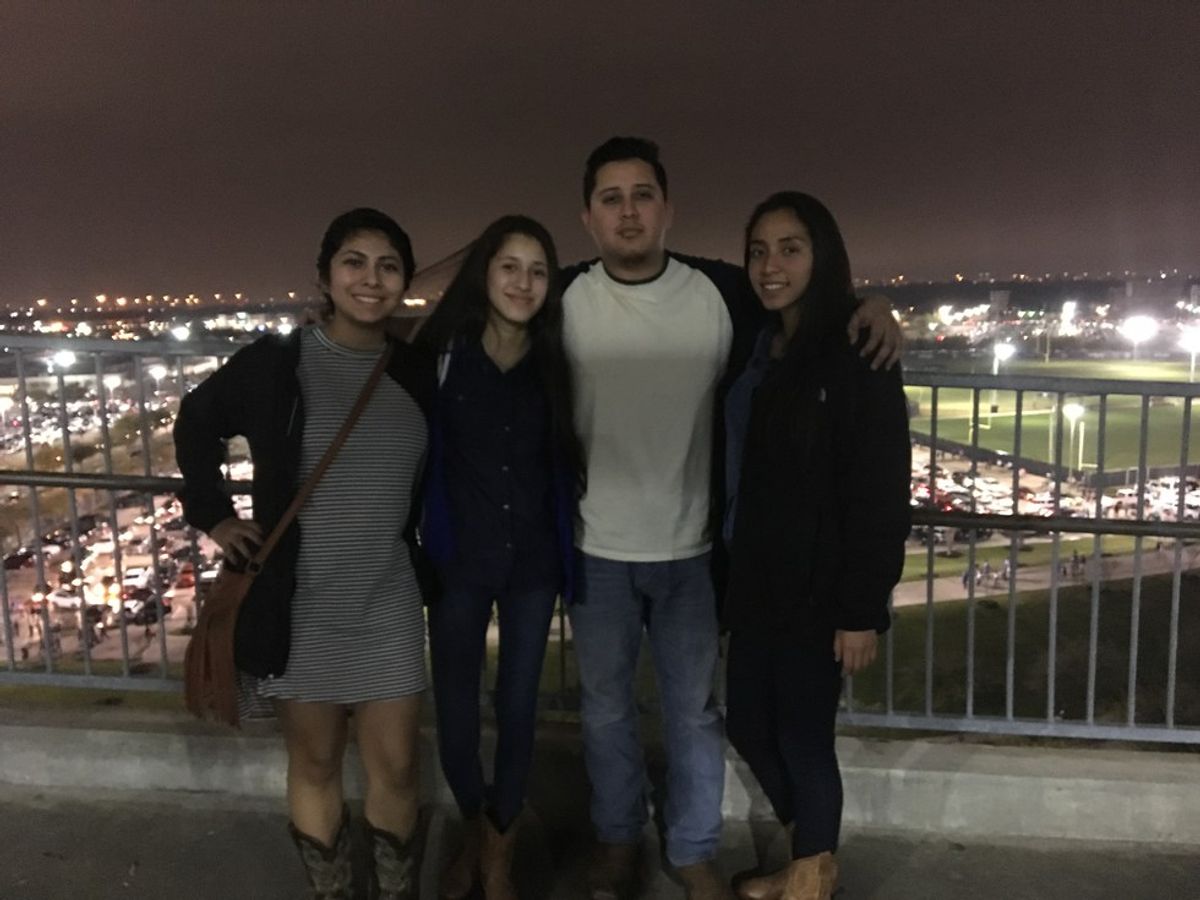 We all have that big brother that you have a hate/love relationship with but will forever look up to no matter what.

When I was little I always wanted a sister to play with, but instead I had an older brother that I followed around all the time. I traded my dolls for Hot Wheels, dresses for soccer shorts, and girls for the neighborhood guy friends. Years later I got two little sisters I could take care of, play with, and learn how to be a big sister, but for years, my brother became my idol.

At nine years old, I was asked who my role model was and the only person I could think of was my brother. We fought a lot, I got in trouble for many things he would do, or we both would do, I was the one who took the hit first at times, and I even left him scratch marks on his face when I was a toddler. Regardless of the many fights he still took care of me; without his knowledge, he taught me how to ride a bike, how to kick a soccer ball correctly, and essentially how to get away with drinking out of the carton of juice without getting in trouble.

Over the years we grew into our teenage phases and fell off for a bit. We didn't have as much communication or laughed together like we did when we were little. I like to call those, the lost years.

When I was 14 years old, we began to fall back into rhythm, I would tag along to every party he went to whether he wanted to or not. He was my big brother and I wanted to be around him, be a grown up like he was in my eyes, and simply have as much freedom as he had.

As we kept growing up, we got closer together, sometimes confided in each other, when it wasn't too embarrassing. I asked him for advice and still wanted to be like him, even though he's a guy I wanted to be cool just like he was to me and my little sisters. He was the one that saw me crying over a guy when I was 16 years old and held me until I felt better. He was the one that I rode roller coasters with, went Christmas shopping with, raced to see who was better, of course, he always won, and in general he grew into a great friend.

To this day I still look up to him. I admire the kind of man he's grown into and what he aspires to achieve in the future. He's the one man, besides my dad, who won't lie, cheat, or steal from me. I will never forget the times we got in trouble, went on vacation trips, played soccer with, and the times we laughed because we were always together.

A big brother knows best, even if it's to scare away the boys or tell you that your friends are fake because he's always right.