The Words Of Women Are The Voices Of A Generation
Odyssey

The Words Of Women Are The Voices Of A Generation 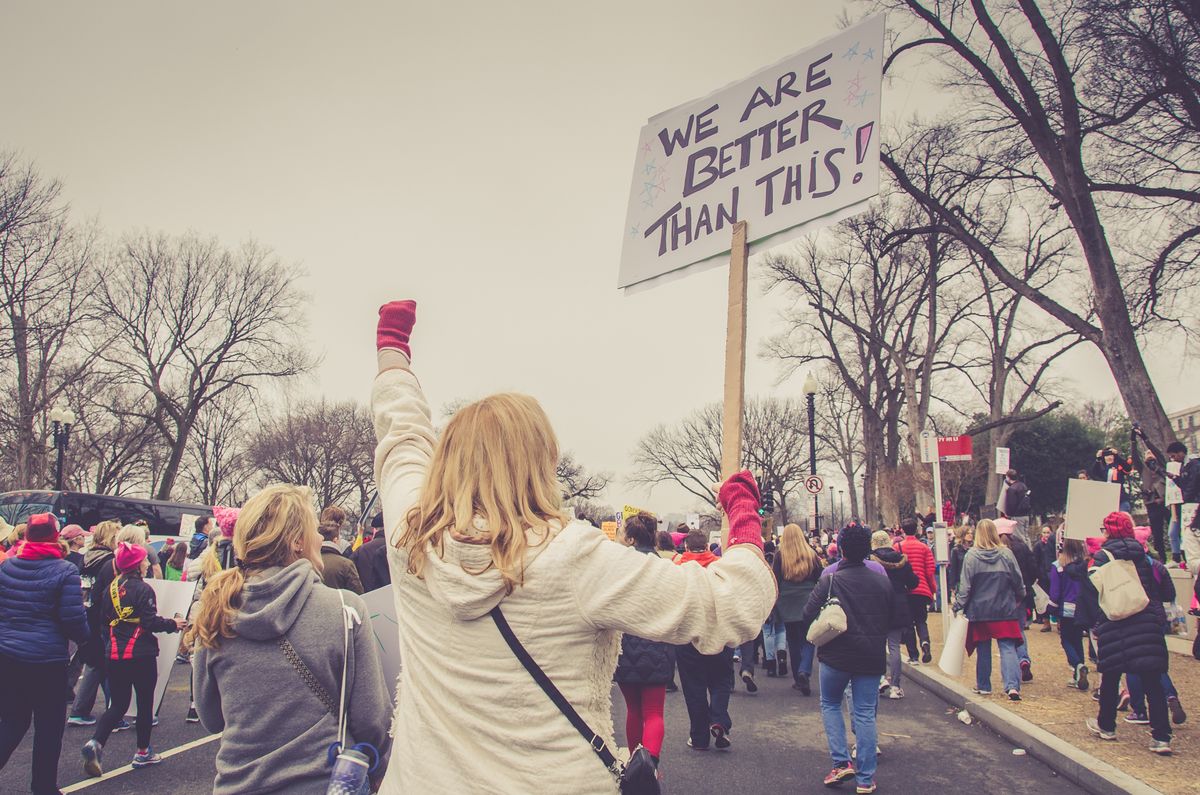 Being brave in any part of life is not easy, and being brave when you're facing your worst nightmare and its aftermath is something hard to do. But in the wake of the upheaval of Harvey Weinstein's career as countless allegations of sexual assault and misconduct come forward against him, a social media trend with the hashtag #MeToo has become enormous on all platforms.

I logged onto Facebook and being a bit Twitter-obsessed, I was shocked to see a trend I saw on my Twitter feed fill my Facebook reel. Friends, former classmates, relatives, and people I love were all coming forward with this hashtag, often with some writing about their reasons for writing, and some simply posting the tag on its own.

And I was shocked, not only because it's not often that a social media trend transcends platforms so quickly, but more because the movement had just the effect it was meant to — I was in absolute awe of how many people were coming forward with their own stories, with their own bravery.

And then I saw another tweet that made a crucial point — some people who are against the movement. or act like it, are concerned that simply "flirting" will be taken as a sexual assault.

A user responded that if you can't figure out the difference, you are a part of the issue.

This was a statement that I wanted to shout to every person I know, not because they're guilty of that mindset, but because it's simply so important.

Especially when the leader of the free world flaunts grabbing women.

But flirting and sexual assault are so very different, nothing even worth comparing, and when I saw all of the people I know and love coming forward, it made me want to stand up and cheer for each of them.

These voices deserved so much better, they deserve to be applauded, and their bravery is what will shape generations.

When women have spent centuries living in changing times that held one theme constant, oppression and lack of a female voice that is allowed to be empowered, this is the next voice of a generation. And while it doesn't speak of anything positive, it speaks loud and clear, and that's all we need.

Women coming forward is something so important, so crucial, and something I hope we will see as a transforming force in the years to come as it always has been.

In every era, the way any group facing oppression exhibits bravery is the most empowering act to witness, and I find these events the most incredible and inspiring parts of our history.

I like to think of the events we see today, as women brave the scrutiny that they face from their peer groups and families and, heck, life itself as a woman, are going to be remembered for years to come.

Decades ago, being brave was not something you might consider part of the painting of a woman's character.

We were to be excellent caretakers, incredible in the kitchen, and anything but brave.

We were on the sidelines of a man's world, as we still are very often.

Being able to speak up in class, say what is important to you, and show how you feel have become more accepted than they were years and years ago. This is something we know to be true, but I can see it coming to perfect fruition in this movement.

I'm lucky in so many ways that I am grateful for, and one of those ways is that I was not impacted like the women coming forward have been in any part of my upbringing.

And it breaks my heart to see so many of my closest friends coming forward.

I love these people, and knowing they have experienced something so traumatizing is disgusting in every sense of the word. And to feel as though I'm one of the few who hasn't experienced something as awful as sexual assault is a downright heartbreaking reality that makes me wonder why on Earth there have to be so many victims of this.

But as every tragedy brings about a sense of something uplifting in the power, courage, and movements it brings forth, I'm seeing the beauty we have derived from sorrow and struggle and the truly awe-striking and empowering bravery that women are displaying in standing up for themselves, speaking up, identifying themselves, and putting themselves in a spotlight for the sake of unity in a troubling world.

This is something that 40 or 50 years ago we'd be seen as crazy to even think of doing.

To be a woman in the world is to be brave. It always has been. And the women who are speaking up like the celebrities they admire have against Weinstein is something so incredibly empowering and important.

To think that something so tragic has happened that has changed how each of these women faces the world, and likely has been a part of their story they didn't want to share but yet they've all spoken up, truly speaks volumes.

Most importantly, it shows that we're fed up (as we have been for too long about too many things) about how we're treated, how we're objectified, and how even the president doesn't see us as worthy of more than our looks and how he can't resist grabbing and kissing us.

We are sick of our daughters, sisters, best friends, mothers, and colleagues being overwhelmed with fear in their daily lives.

And we're sick of not being seen as what we truly are — forces of nature, forces that champion motherhood, leadership, grace, and resilience — instead of being seen as simply as a part of the landscape in a man's view.

It's been a patriarchal world for as long as we can remember in recorded history but there is a new energy, albeit one that has surfaced time and time again, that is crippling the control of the men at the top and in every corner of our lives who aren't our supporters and champions.

That energy is women and how we are our own champions, our own heroes, and our own pulpits for building the fire for equality in society. Women have been the face of movements of equality, representation, and rescue in times of chaos and political division.

We are mothers, we are sisters, we are girlfriends, we are friends, and when we say #MeToo, we aren't backing down or cowering in the face of what a man may have thought of as our defeat and his victory — we're rising above, rising up and uniting, as we always do, always will.