On The Memes Of Trump

On The Memes Of Trump

How do we think, talk and go about the 45th President of the United States? 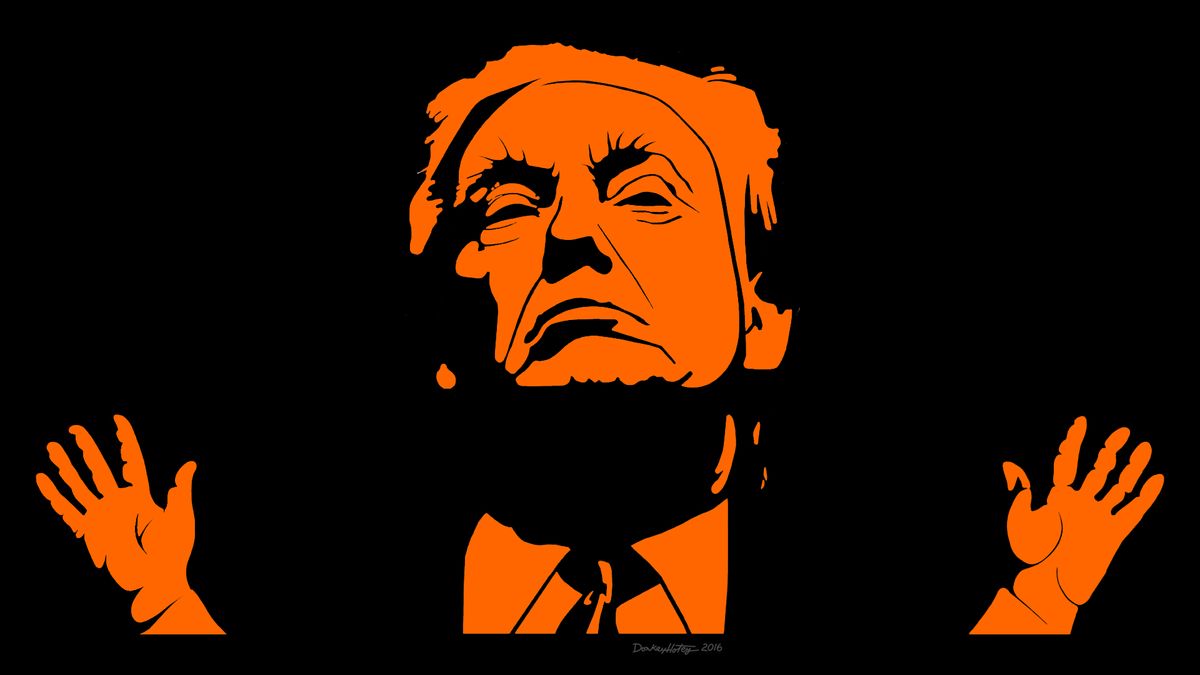 Last week, Trump's visit to Saudi Arabia was recognized more for the caricatures of his presence than the social and political discourses that were aimed in the visit, by many including myself. But this is no new surprise.

About 14 months ago, Trump's satirized presence was also well established, that too far away from the States alone; for instance, when I represented my Dubai-based school in Muscat, Oman, for a debate competition at that time, my teammates encouraged me to "TALK LIKE DONALD TRUMP!!!" in the quarter finals against a notoriously savage opposing team.

Starting out as a reality TV show host, Donald Trump is an international meme celebrity for longer than anyone I know expected. Academic or not, these bottom-up Trump memes are a significant component of social discourses in every corner of the world. I am not going to reveal my stance on him. Still, it is irrefutable that Trump has become a part of my life, be it in these discourses, my own conception of right and wrong leadership, or even today, when I had to take extra-special security measures (and did not bring my laptop in the carry-on) on my 15-hour flight from Dubai.


There is a lot of noise in the Trump-based political climate. So I have two questions to contemplate on: has this ever happened historically, and more importantly, who should be listened to in all the chaos (and who is to be silenced)?

One commonly used historical antecedent to Trump's rise to the Presidency is Andrew Jackson's ascendancy over John Q. Adams in 1828; as Prof. Freeman from Yale said in an interview, "one newspaper summed up their presidential battle as a contest between Adams, 'who can write,' and Jackson, 'who can fight.'" An elite white male populist, Jack is comparable to Trump in the sociopolitical reception that both have/had. He was notorious for his unpredictability and his support from the white male demographic. The conclusion of his two terms in office was marked by a severe economic depression, though not "as badly as the nay-sayers of 1828 had predicted." Another comparison is using John Tyler, who held the Presidency in 1841. With a history of sexual exploitation and classroom violence, Tyler bragged about his greatness a good deal. Tyler did not hold all four years of the Presidency and did not gain support from the Democrats or the Whigs.

By no means are either of these examples appropriate to forecast the upcoming four years of Trump's Presidency; my focus here is on his societal perceptions and the nature of living under his Presidency more than him as a person (aside: do we really live "under" a "President" or are we, as a consequence of his perceived character, good or bad, and this democracy of a nation, above him?). In fact, in both of the sources used above, it is more important to note that the interviewees argued that despite all similarities, Trump has no predecessor for the nature of his speech and his views. While we can draw some clever and illustrious parallels across time, history does not literally repeat itself, and the future remains unknown. This puts us as millennials in an interesting place in history where we need to re-examine what is happening for ourselves and who we should listen to, which is my second question of the hour.

To address this, I would shift my focus from speech (even though it is not entirely irrelevant) to what he did and how it actually impacts this country and the world. At the very start of his Presidency, Trump pulled the U.S. out of the Trans-Pacific Partnership, a trading partnership of many countries that would account for approximately 40% of the global Gross Domestic Product and aimed to reduce significant trade barriers and promote economic growth. This decision is both supported and ridiculed by many politicians and economists for varying reasons, though not nearly even touched on when I hang out with my peers in the cafeteria. In the first few weeks of Presidency, however, consumer confidence in the U.S. rose, though this may fall, and some even say that Trump is determined to "punish the US Dollar". Still, Trump promised to create a departure from the status quo in his campaign, and this is very much a reality. Going back to the example above, maybe we should start scrutinizing the implications on the U.S. as a result of its foreign policy instead of meme-ing Trump after his visit to Saudi Arabia. And of course, there are issues like healthcare, immigration, the Paris climate deal, and many others, too. But the point to take away is, there are some essential things to be said about Trump's Presidency in terms of its effects on the socioeconomic state of this country, the political climate, and the international response to it; yet the fact is that the social media craze we (as millennials) are so indulged in has turned into an insulation of important information instead of an appropriate means of communication. Nearly all of my friends (here in the States) make half-baked Trump claims based on informal judgments, memes, and how they feel about his tone of speaking.

It is arguably possible that we do indeed live in a post-truth era, and there are things from the Trump campaign that can be identified as causes. But to really tackle this, and get away from all the noise in this political climate, we need to discuss what is tangibly going on, socially, politically, economically and internationally, over and over again.