The Story Of Becoming The Bad Guy
Odyssey

The Story Of Becoming The Bad Guy

I'm sorry to those I hurt in my past. 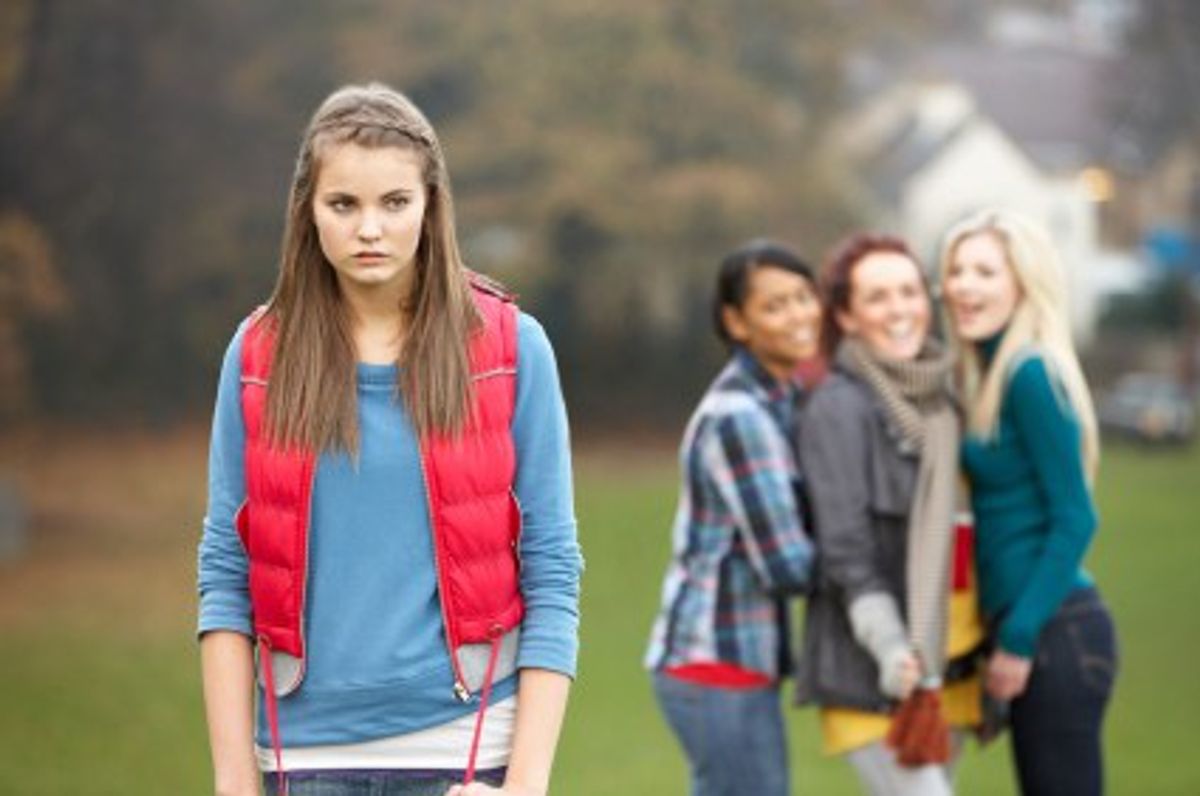 When I was a kid I was bullied, badly. So was my sister. We only really had each other when it came time to go to school, but we didn't get along very well. Kids were so mean to her and then when I started school she couldn't protect me from what was going to happen.

I would start my day off by getting picked on for wearing a ponytail and being short or whatever (name change) the Dylans thought was a good reason to pick on me for. Then when it came time to find a seat I never could sit with my friends because they were in the back with the jerks who were picking on me. So I sat with the bus monitor or with a nice girl whose name I can't remember. My sister moved on to middle school, and I was stuck on the bus with these jerks. My parents had to leave for work early in the morning so they moved our bus stop to my house. This only made kids pick on my sister and I more. But then it kind of stopped during fourth and fifth grade, at least on the bus. There was this new girl in my elementary school, she hated me because the Dylans told her I was a loser. So basically I was the outcast of my classroom whenever she was around. It got worse in middle school.

In my opinion, Johnston is a horrible place to grow up. Kids are mean and the parents are idiots. But what really tops it off is the school system is horrific. They did nothing to help keep kids safe and stop the bullying.

Back to the point: middle school. I was in sixth grade and my sister was in eighth grade. She had a nice group of friends who were nice to me and helped protect me. But there was only so much they could do. I still had the two Dylans to deal with. Every day on the bus they were doing something mean to me. One of them had an awful big sister who would just relentlessly tease me. It was awful. I started skipping school in seventh grade when I didn't have my sister there anymore. I couldn't deal with it. I was self-harming. I was getting mixed in with the wrong crowd. I really just wanted to die. I couldn't take the teasing. I would beg my mom to bring me in instead of making me take the bus. I had one really good friend during the teasing, she was kind of a bitch to everyone else but not to me. She taught me how to stand up for myself. With her friendship, I learned how to build a backbone. Then one day I flipped a switch on the bus.

The Dylan's were teasing me about something, and I just turned around and smacked one of them as hard as I could in the face. I started slamming his head against the window and didn't stop until I felt the bus driver pulling me off. My mom also had me in karate at the time, and the other Dylan was in my karate class. Guess who was paired to spar together that night? It was fate. Fate wanted me to kick their asses. So I sparred the other Dylan and gave him a minor concussion. Violence felt so good.

From that day on I started picking fights. Anyone who wanted to throw hands would get it. I felt empowered. I felt like I was finally in control of something. I picked fights in the classroom, in the hallway, on the bus, at the track, and everywhere in between.

Picking fights and skipping school ultimately led me to a different school in a different town where I didn't need to be the bully anymore. My anger laid dormant my eighth-grade year. It kicked back in during high school.

I'm very strong-willed and headstrong. If anyone disagreed with me I flipped. I tried to be the big kid on campus. I was getting picked on again for stupid shit, by stupid kids, in a stupid school that was doing nothing to stop it. So I fought back. I thought my pursuit to end bullying was best done by being a bully. My sophomore year I was slipping into what we know now is psychosis. I was fighting people, bullying freshman, and lost some of my best friends. It took medication and therapy for me to realize I was just doing what everyone did to me.

I tried to change my ways. Instead of throwing punches and picking fights I just stood up for those who were being bullied in the least aggressive ways I could think of. I got into one fight in high school because I was sticking up for a friend. That was it. And I didn't even throw the first punch. I stopped being a dick after that. I realized my friends didn't need a bodyguard. They needed a friend. So I put down my fists and raised an olive branch. I made the mental decision to change.

So now everyone knows I was picked on as a kid, for a lack of wanting to stir up memories I won't go into detail of how bad kids actually bullied me. I know I came out on top because the first Dylan that bullied me is no longer relevant and is a deadbeat, and the second works at the Dunkin' Donuts and makes my coffee every morning as I'm on my way to my adult job. So it's safe to say taking the high road can be more effective than being a cool kid who just makes little kids cry.

But I want to publicly apologize to those I hurt during my years of being a bully. I swear it was never anything you did. It was me. It was a problem with me, not you. I am honestly sorry. I wish you nothing but good luck and send nothing but positive vibes to you and your families.

And to the teachers in high school that helped me rehabilitate myself, thank you. I wouldn't be where I am today if you had not shown me a better path.

And the last thing I want to say on this subject before locking it back in my memory bank is this: to the kids who bullied me, I do not forgive you. You turned me into the thing I hated most and yes I played a part in becoming an asshole, but I think you are low and sad people. I will not forgive you yet, I just don't want too. I'm stubborn. But in the future, if my kid ever comes home crying because of a bully I'll think of you, and I will handle it how I wish you were handled. You were horrible kids, and you're shitty adults. Good luck on your future, stay the fuck away from mine.