The Single Careless Act That Has Devastated So Many
Odyssey
CurrentlySwoonLifestyleHealth & WellnessStudent LifeContent InspirationEntertainmentPolitics and ActivismSportsAdulting
About usAdvertiseTermsPrivacyDMCAContact us
® 2023 ODYSSEY
Welcome back
Sign in to comment to your favorite stories, participate in your community and interact with your friends
or
LOG IN WITH FACEBOOK
No account? Create one
Start writing a post
Politics and Activism

The Single Careless Act That Has Devastated So Many

All because someone decided to have a campfire. 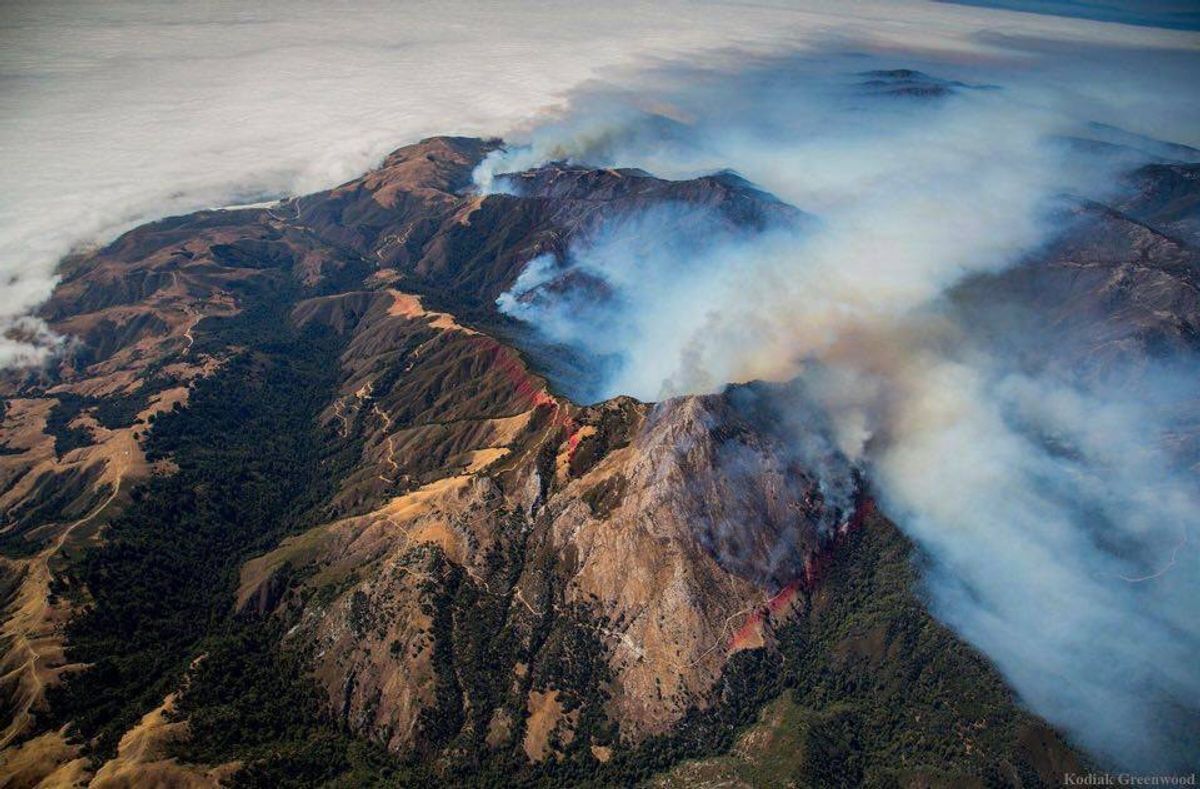 Some of you may have heard about the fire that is destroying one of the most beautiful areas in California; a fire that has taken the life of one destroyed 57 homes, caused hundreds to evacuate, and is still not fully controlled. Luckily the amazing firefighters working to contain this have made great progress as of 8:00am on Saturday, August 6th; the fire has consumed 55,600 acres and is at 40% containment. I'm not here to give you the update on the status of the fire--if you are interested in the current status of the fire check here for the latest from Cal Fire. I'm here to voice my sadness and my outrage at the news that was released regarding this fire earlier this week. This fire that has taken away the homes of 57 families, that caused the death of one man trying to stop the fire, and that has affected the lives of thousands in the area was all caused by an illegal campfire. This news angered so many in the area as well as myself and caused us to ask how could someone be so careless.

For those of you who have never been; this is what the Soberanes Point in Big Sur, California looked like before this fire began. Because this is such a beautiful area the entire economy is based on tourism, with many businesses relying on the busy summer tourist season. According to Kirk Gaffill the president of the Big Sur Chamber of Commerce as well as the General Manager at one of the most popular restaurants in Big Sur; "For Big Sur, tourism is the industry, there is no second industry. And summer is peak season, so to have a fire at this particular time is really impactful." He states that "We've seen business drop about 35 to 50 percent on any given day." The article on KAZU goes on to discuss just how badly this fire is impacting the economy of the area, stating that "The Soberanes Fire marks the third destructive wildfire since 2008, and the damage is adding up." However, the damage of this fire goes much further than the economy in the area.

This photo shows firefighters from all across California coming together to fight this massive wildfire that is devastating the lives of so many. One amazing thing that has come from this is how the community can pull together as a whole to try to help in any way they can. As I've been following the news of the fire I continually was finding myself asking how this could happen. The answer is someone (a tourist, a local, nobody knows yet) decided that they were going to have an illegal bonfire in one of the most beautiful places in California. Maybe it seemed harmless at the time but clearly, it has caused more harm than one could possibly imagine. When will people stop being so selfish and naive that they will start thinking about the consequences of their actions?