The Response to Trump's Syria Strikes and the Americentric Outlook
Odyssey

The Response to Trump's Syria Strikes and the Americentric Outlook

On looking at the world with a Star-Spangled lens 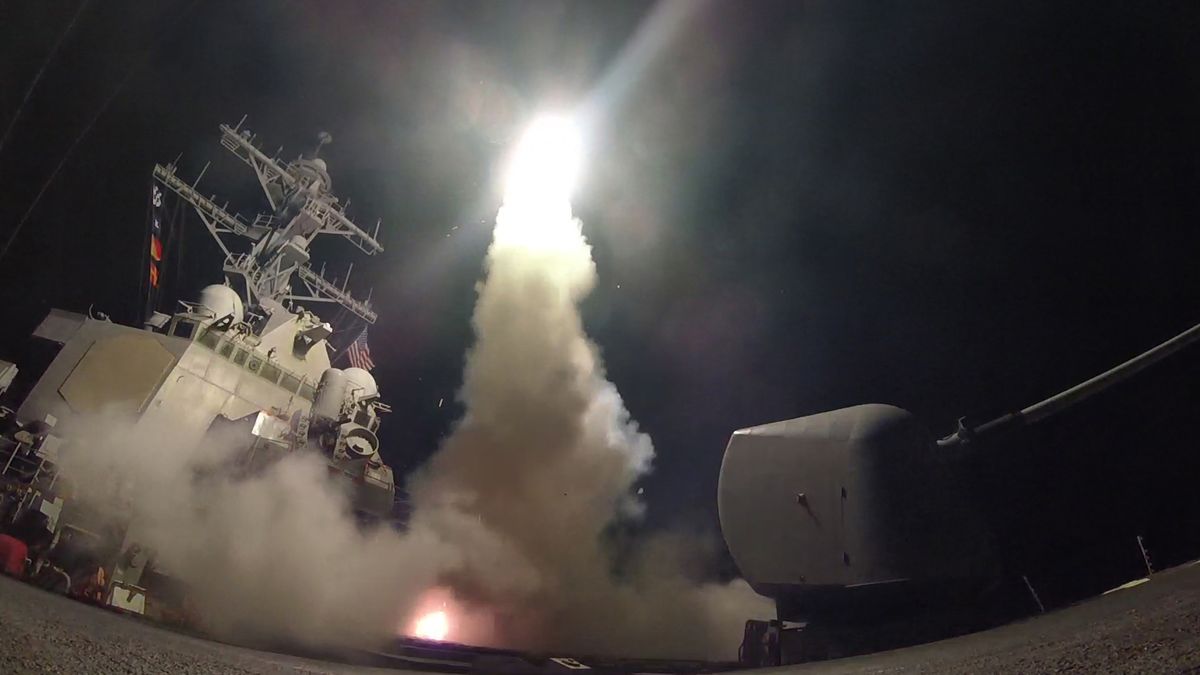 When Trump ordered the strike on Shayrat I was walking out of a ballroom practice. A friend of mine in the group remarked “Let’s not talk about starting new wars” or something to that effect.

When the strikes on Damascus and Homs hit the news, I was at a swing dance. Coincidence aside I saw a lot of angry political posts that condemned Trump for his brutality, called him a hypocrite, and apologized to the people of Syria.

I can’t help but notice how focused on our own country these statements are. Sure, I can’t expect a dissertation on the Syrian conflict in a single Facebook post every time the President doesn’t like, but I feel like it would be better that people, especially those who claim to be so respectful of other cultures, take a look in the mirror.

For the record, I’m not particularly convinced that the strikes will amount to much. They were slaps on the wrist for Assad, and will not likely deter the man from committing more chemical strikes. The required action to do so would be something like the Iraq War writ large, and it would be far from the nation’s interest to engage in another fiasco of that nature.

Since 1945 at least, we Americans have had a particular provincialness when it comes to the rest of the world. We’re the hegemon, so we think of ourselves first and foremost. Even those of us who rabidly criticize our social flaws and our bigotry, as justified as that its, tend to see the world through a star-spangled lens. For example, World War II did not start when the Japanese bombed Pearl Harbor and the sleeping giant was filled with a terrible resolve. No, it started either with the Gleiwitz incident or the Japanese invasion of China. Likewise, the war in Syria started in 2011, while the US was resting on its laurels compared to what the Syrian people have gone through.

And so to paint Donald Trump as the greatest evil in Syria is patently ridiculous. He did not start the war; he merely undertook two strikes, one at Shayrat and one at Damascus and Homs. He has not been pummeling the Syrian people for the past seven years, with planes and with chemical weapons. This is not even to mention ISIS or the various other armed groups, or the Russian and Turkish involvement that is miles away more intense than American involvement.

When the migrants come to Europe or to America, they are not running from Trump’s strikes. They are running from the actions of Syrians, first and foremost. To say otherwise would to deny the agency, and in some sense the humanity, of the people who act in Syria, whether to kill or to flee. To cast the United States as the sole actor with agency in this whole mess simplifies the situation on the ground to the point of incoherence. It’s looking down at others from a tower that we forget that exists, in a way.