The Powerful Messages in 13 Reasons Why

The Powerful Messages in 13 Reasons Why

Not only is the writing, acting, and cinematography flawless, but the messages 13 Reasons Why carries will stick with you long after you finish the last scene or read the last sentence. 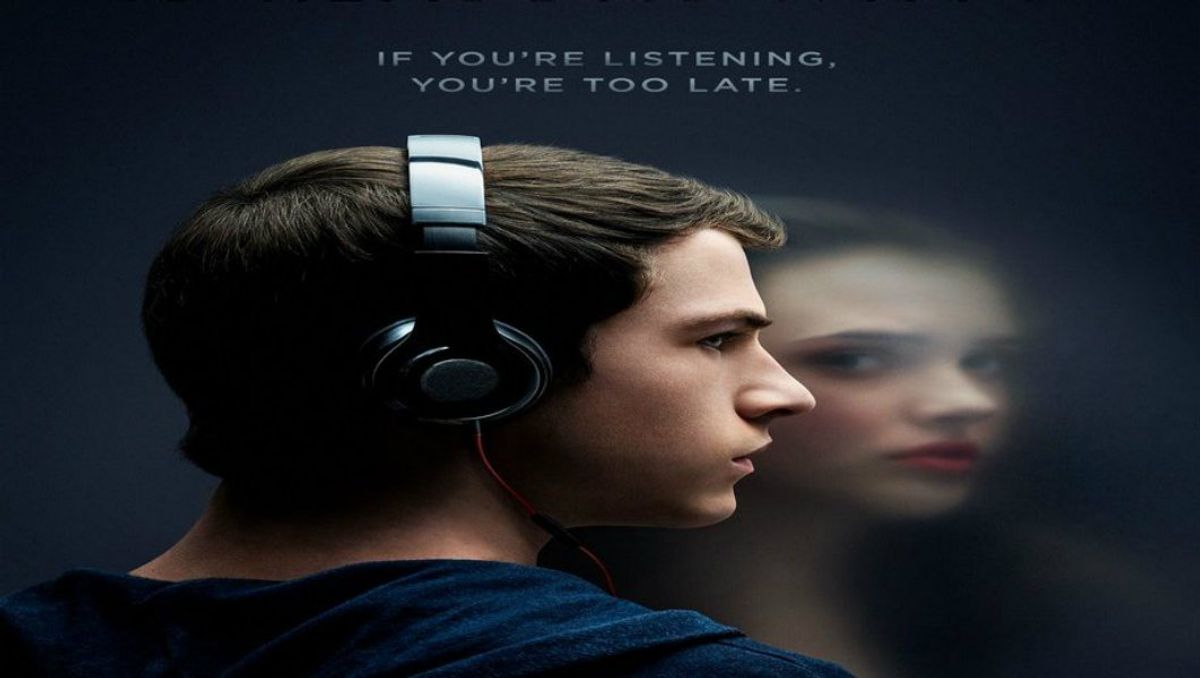 Over the past few days, I watched and completed 13 Reasons Why on Netflix. For those who have never read or watched it, 13 Reasons Why is a story based on Hannah Baker, a high school girl who committed suicide and sent around thirteen tapes to the people who pushed her to her ultimate breaking point. Some of these people, such as Bryce and Marcus, sexually assaulted and abused her. Others, such as Courtney Crimson, spread vicious rumors about her that other students believed and bullied her for. Mr. Porter, the school guidance counselor, didn't do anything to help her after she revealed that she was raped by a fellow student, Bryce Walker. These people in Hannah's life broke her trust, spirit, soul, and ruined her entire life through abuse, abandonment, rumors, and lies. She was at the point that she didn't want to live anymore. She ended her life and left a huge impact on those around her, specifically her parents and Clay Jensen, the boy who was in love with her.

13 Reasons Why is one of the most raw, emotional, deep, un sugar coated, and powerful novels and TV shows I've ever watched. The book to TV series was flawless - the characters, plots, and themes were very much present and were carried by strong acting, dialogue, and cinematography. I strongly recommend both, of course, but beyond all of that - 13 Reasons Why delivers so many powerful messages that really help us look within and re evaluate everything - from our flawed society, which is ridden with rape culture and victim blaming, to how we treat others, this show will shake you to your core and not only make you feel deeply, but will make you think.

Below are some of those most powerful lessons I took from the novel and Netflix series.

This is so simple, yet so important. You never know what someone else is going through. Maybe they're having a rough day, or maybe they're considering something as serious as suicide. Your kindness, compassion, and friendliness can leave a much bigger impact on their lives than you could ever imagine.

Don't listen to rumors and gossip.

Hannah Baker had vicious and harmful rumors regarding her experiences, sexuality, sexual orientation, and life that ultimately led to her being severely bullied and gossiped about. This led to her downwards spiral - she couldn't live with the fact that her reputation was tarnished and her former friends were spreading such nasty, hate filled lies about her. It is human nature to listen to these types of rumors and gossip about other people, but it's crucial that we remember how this type of behavior can ruin people's lives.

Misogyny, rape culture, and victim blaming exist and they are terrifying.

These are major themes of the show, which makes it even more raw and real because we all face it in our society. People labeled Hannah as a slut, yet Justin, the boy who lied about having sex with her, was congratulated. People made a list and labeled Hannah as "Best Ass" and somehow, people objectifying and sexualizing her without her consent. When Bryce raped Jessica and Hannah, he was still seen as a popular, hot jock and Mr. Porter told Hannah to "move on". These are all very real and serious issues that affect people every day. Look at Brock Turner, who Bryce Walker resembles - he raped a girl and ruined her entire life, yet he was let off the hook because he was an attractive, wealthy, white, male athlete; just as Bryce was. Instead of ignoring these issues that exist in our society, we have to recognize them and work towards ending them.

People will miss you when you're gone.

So many people have had the thought, "Nobody will miss me if I were to disappear". That is not true. Hannah had that thought and in the aftermath of her suicide, we saw how people's lives were severely affected by her suicide. People were plagued with guilt, shame, misery, pain, and most of all, they missed her and would give anything to have her back in their lives. If anything were to happen to you, I guarantee there are so many people who love and would miss you so, so much.

While this is a cliche saying that we've all heard and rolled our eyes at, it's true. The series showed that under different circumstances where Hannah lived, she would have had a beautiful life. She would have dated Clay and fallen in deep love with him. She would have been happy and successful. As hard as it is now, it does get better. The most important thing is to believe that - to have hope that one day, you will find happiness. And for everyone who has ever felt like Hannah, Clay, or the other characters who struggled with these demons - you can overcome them.

I strongly recommend the novel and series for anyone who is looking for a deeply emotional, raw, and powerful work of art. Not only is the writing, acting, and cinematography flawless, but the messages 13 Reasons Why carries will stick with you long after you finish the last scene or read the last sentence. They really are that powerful.