The New England Music Scene You're Missing Out On

The New England Music Scene You're Missing Out On

Check out and support the local talent of New England. 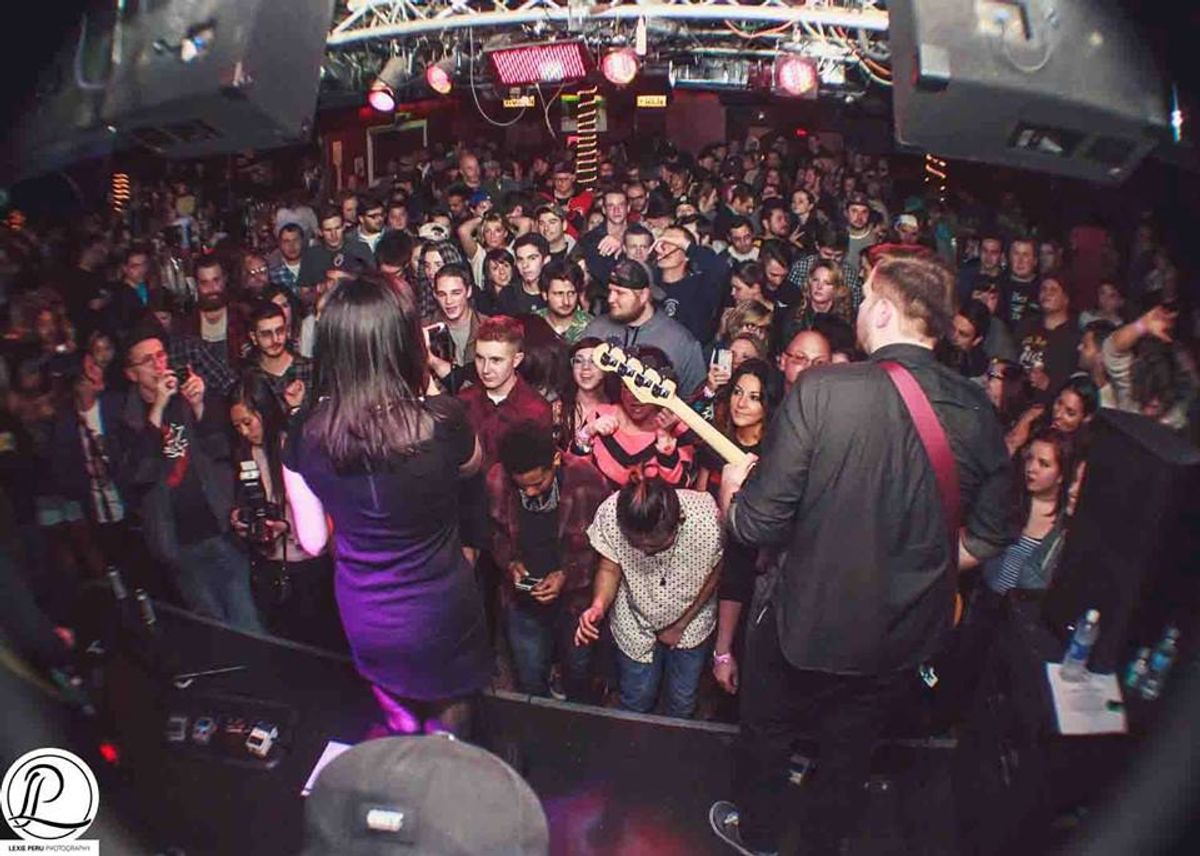 Yet most of the people who constantly repeat this line only share the garbage the radio plays. What was considered popular music used to contain something called human emotion, meaning the artist themselves wrote the lyrics and the music and sung their heart out. Now if the song doesn't involve getting trashed, partying, sex, drugs, or anything that will make people less sophisticated, the song won't be played.

It is a sad time for our generation for what we consider to be music today. The artists who were once praised used to use these things called instruments. Now today's popular artists can't complete full coherent sentences. In fact this epidemic has spread so much that semi-popular artists are starting to take stabs at addressing it. Check out this video by the very talented rapper, Hopsin.

You're lying to yourself if you don't think that's a flawless imitation of today's hip-hop.

I know a lot of people will agree that popular music today is just getting worse and worse, and it makes us miss the days when going to a local concert was cool.

But let me let you in on a little secret: THESE BANDS STILL EXIST! AND A LOT OF THEM ARE RIGHT HERE IN NEW ENGLAND!

Let me give you some artists that should make you wonder why you haven't heard of them before.

This Rhode Island Pop-rock band always has people breaking it down on the dance floor. The catchy guitar licks and bass lines mixed with some killer drum fills and an outstanding set of female vocals will be stuck in your head for weeks. Go to their Facebook page to find out how to get their music! It's not expensive; I think you can decide how much money you want to give them for their music.

You say you miss the days of punk bands like Blink-182 and Sum 41? Dude, the amount of those bands that are still out there is insane, and New Hampshire's Under Fire definitely sticks out in the crowd. Their fast-paced and powerful music has you head-banging around your room in seconds. You just want to fill a room with people and play music like this all night while everyone throws back the PBR's and crowd surfs. Go check out their EP "Lessons."

Not into the loud stuff? How about some acoustic jams? Rhode Island's Wind In Sails is a one-man acoustic act who will have you enticed from the first sound of that acoustic guitar or those smooth and immaculate male vocals. He just released his first album "Morning Light" through Equal Vision Records, and it needs to be in your music library.

Nothing will give you that warm 90s rock feel like these guys. They are one of the most underrated local bands in New England. Massachusetts' Colbis The Creature play songs that anyone can enjoy and sing along to. If you ever wants some easy rock to play while you exit a long work day and enter relaxation mode, flips these guys on.

We can't forget forget about hip-hop, and the underground rap scene throughout New England is thriving. One of its contributors is the young and talented Token. This kid's seventeen years old, and he's spitting bars like this. He has a plethora of videos all over youtube with bars that will captivate you with their flow and lyrics. Definitely keep a watch on him and support this kid; he's a part of the future for sure. Turn off Drake, Migos, and Meek and flip on Token.

You won't hear music like this anywhere else. Western Education is something special and unique. Hailing from Massachusetts, this force of incredible musicianship is so diverse anyone can enjoy it. The powerful male vocals, shredding guitar lines, combined with the synth highlights create a wonderful amalgamation of music. Check out their album "Let Your Secrets Out."

These are six of hundreds of talented local artists in the New England area, and guess what? THEY PLAY SHOWS CONSTANTLY FOR NO MORE THAN $10!

People need to understand how crucial it is to support local bands, and it's so easy to do now with social media. You can..

1. Buy a Ticket to their show and go see them play.

2. Share their music on social media, follow them and help them promote, because local bands need you to help them rise!

3. Buy a ticket to their show and go see them play.

4. Buy a ticket to their show and go see them play.

5. Buy their music, and tell a few friends about them — then they can buy a ticket to their show and go see them play.

6. Pick up some cool merch that bands put out. 99 percent of these bands are funded completely out of pocket. They're putting their lives into their work, and the product is an artistic accomplishment that should not be undermined.

7. Buy a Ticket to their show and go see them play.

9. Buy a Ticket to their show and go see them play.

10. Buy a Ticket to their show and go see them play.

You will find that the most talented musicians and lyricists are local artists in need of support. Every hear of a band called U2?

One of the greatest rock bands to ever be created, and they all started playing together at age 16 with no prior musical knowledge. You think they got to where they are by themselves? Hell no. It came from the support and the recognition they got for all the hard work they put in.

SO FOR THE LOVE OF GOD, LOOK INTO YOUR LOCAL MUSIC SCENE, FIND A BAND OR ARTIST YOU ENJOY LISTENING TO, AND SUPPORT THEM!

Otherwise we'll be stuck with this guy...