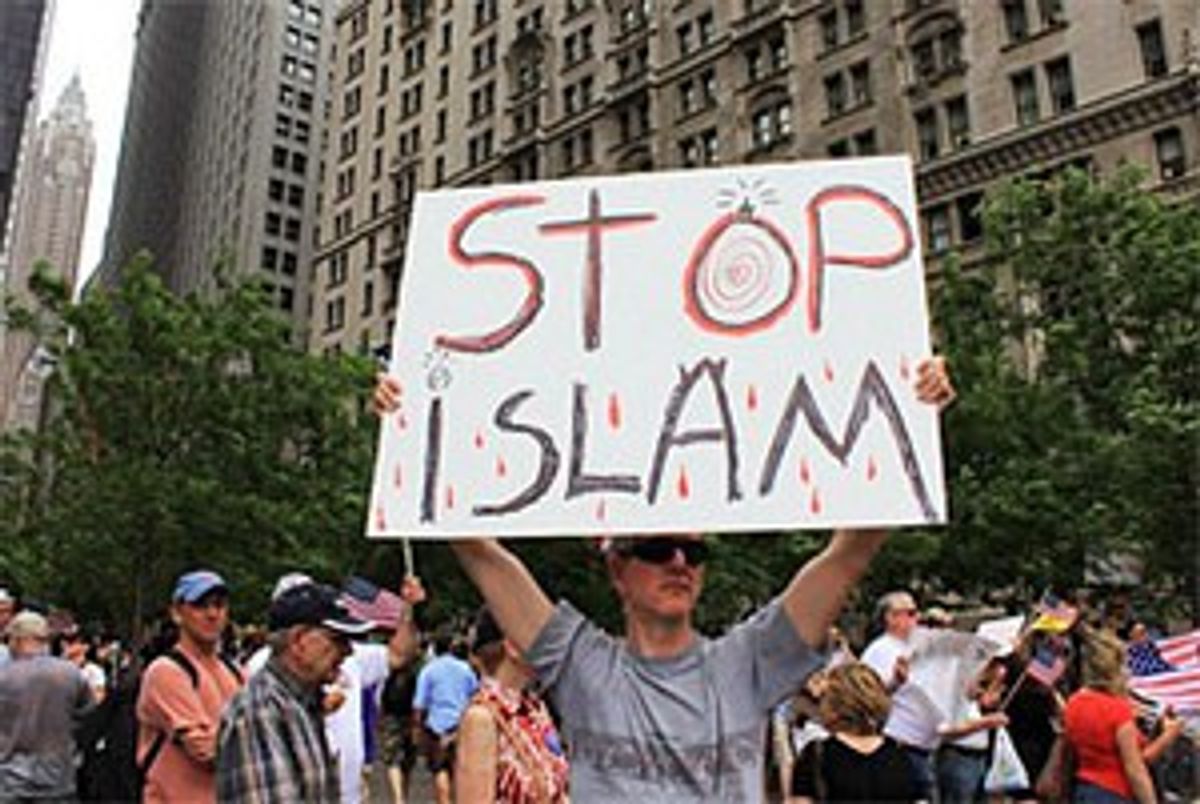 "Guns don't kill people; people kill people." Many of us have heard or used this expression to argue that people are indeed the violent aspect of gun use, not the actual gun.

What people don't realize is that the same argument can be used when it comes to generalizing Islam, Muslims, Arabs, and ISIS. Just because ISIS identifies with the religion of Islam doesn't mean that all Muslims or their religion are inherently violent.

So many Americans express their opinions all too frequently on the current hot topic of our nation's relationship with Islam. At the same time, they don't even bother looking into what Islam actually is and what the religion represents.

Here is a breakdown of the key terms used on the news.

A monotheistic (one god) religion based on the teachings of the religious text called the Qur'an. This is believed to be the word of God (called Allah) and based on teachings of the prophet Muhammed. There are five pillars to Islam; testimony, prayer, fasting, almsgiving (food provided to the poor by those who can afford it), and pilgrimage.

Words you may have heard associated with Islam are Shia, the largest denomination, and Sunni, the second largest. These are simply denominations and have fundamental differences and history of bad blood, but are both a part of Islam.


An adherent, or follower, of Islam. This is the Christian of Christianity -- it's as simple as that. Referring to countries like Egypt, Bangladesh, and Pakistan as " countries" is politically incorrect-- the country isn't Muslim; the people are Muslims. The country isn't even Islam -- it's a country where the majority of the people practice Islam. Calling those countries Muslim is like calling America a Christian country.

This stands for Islamic State of Iraq and Syria. Yes, it's a terrorist group. Yes, it has the word Islam in it. This is perhaps the best example of the generalization made by Americans -- practicing the religion of Islam doesn't make you a supporter or an adherent of ISIS. ISIS claimed itself as a caliphate, which means having control over Muslims across the world, as in political, religious, and military control. Many governments have rejected this however; ISIS as a caliph isn't legitimate, because the majority of their support stems from fear and fear alone.

Many think Islam is a violent religion because of the associations made by terrorist groups and the idea of women in Islam being oppressed and treated violently.

Islam is automatically generalized as a religion that practices female genital mutilation and other oppressive rules to women like Sharia Law, which extends to a wide range of punishments for things like theft and a variety of rules concerning women and their rights. For example, women get just about half of everything a man does under Sharia Law, such as inheriting half of what a man would inherit. It also says that a woman cannot testify against her rapist if she is raped. This doesn't extend to all Muslims, but in extremist Muslim groups, like in Saudi Arabia, it is practiced without mercy.

There are so many countries that interpret Sharia Law differently however. It's unfair to say that every Muslim endorses the idea of Sharia Law-- though it's practiced as a legal system in some extreme Islamic groups. The support of Sharia Law, including genital mutilation, doesn't even necessarily mean Islam is a violent religion, at that point, genital mutilation becomes a legal problem within that country, many Muslims don't even practice that.

Sharia Law is archaic and should be condemned, but generalizing every Muslim as a supporter of Sharia is yet another inaccurate mistake many make about the religion of Islam. Nobody should support such a legal system but the fact of the matter is that some people of Islam do, still giving us no reason to castigate an entire religion because a portion of it's followers interpret Sharia strictly and literally.

Terrorism and antiquated ideas like Sharia Law shouldn't by any means be seen as acceptable, but there is no reason we should be associating all Muslims with either of these ideas.

These generalizations lead us to the Syrian refugee crisis and how 31 states have rejected opening up to relocated refugees. The November 13 Paris attacks were claimed by ISIS , and one attacker was carrying a Syrian passport, scaring Americans into shutting their doors for resettlement of refugees.

According to ABC News, "More than 7 million Syrians have been displaced by war, and by the end of September the United Nations High Commissioner for Refugees had referred 18,000 cases to the United States for resettlement." It will likely be difficult to find somewhere for these refugees to go without half of our states' support.

Islamaphobia and the misconstrued picture of Islam that millions of Americans have has gotten out of control. So many refuse to look past what major news media outlets say and research it for themselves.

In a recent interview in the below video with Professor Reza Aslan, what was expected to be an agreement with the program's predecessor Bill Maher, on CNN is a perfect example of the media simply seeking a soundbite that agrees with their political agenda. Aslan does a fantastic job of not letting an anchor push him around, and pointing out their ignorant and uneducated questions.

Maher said: "vast numbers of Muslims around the world believe that humans deserve to die for merely holding a different idea, or drawing a cartoon, or writing a book, or eloping with the wrong person."


Of course, there are traditional portions of Islam we may not all agree with and see as culturally justifiable, but that doesn't mean the entire nation of Islam promotes violent behavior. Aslan said it best:

"This is the problem. These conversations that we’re having aren’t really being had in any kind of legitimate way. We’re not talking about women in the Muslim world, we’re using two or three examples to justify a generalization. That’s actually the definition of bigotry."


He continues: "Islam doesn't promote violence or peace. Islam is just a religion and like every religion in the world it depends on what you bring to it. If you're a violent person, your Islam, your Judaism, your Christianity, your Hinduism is gonna be violent. There are marauding Buddhist monks in Myanmar slaughtering women and children. Does Buddhism promote violence? Of course not. People are violent or peaceful and that depends on their politics, their social world, the ways that they see their communities."

Here's one of the same anchors featured in a perfectly captured tweet: