Millennial Homelessness: The Millennial On The Streets

Millennial Homelessness: The Millennial On The Streets

Why the numbers of young adult homelessness continue to grow. 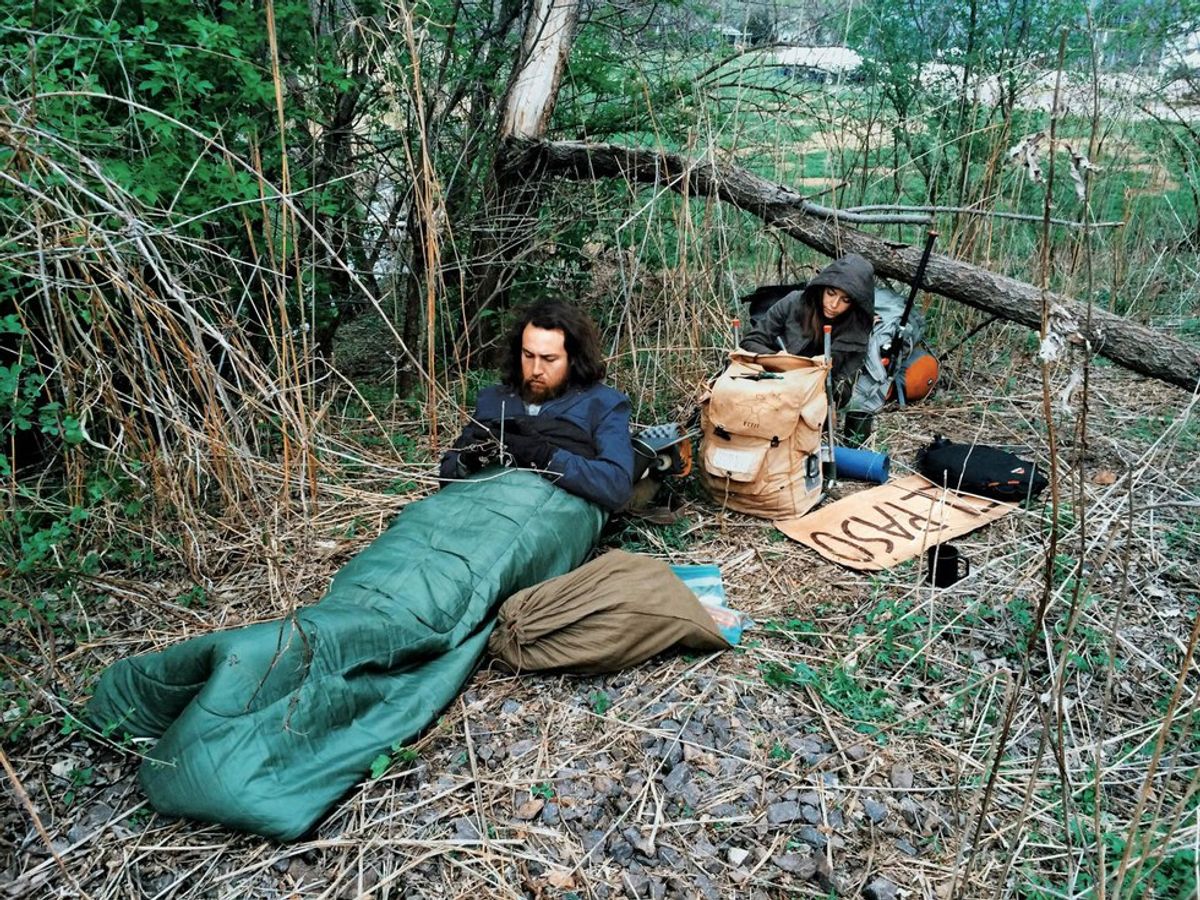 Off Exit 78 on Interstate 4 in Orlando, Florida, there is a couple on the side of the road. As consumers in their upscale cars slowly approach the red light at the base of the exit, the man scavenges through a large green bin, collecting a large piece of cardboard.

“Hey look, I found another piece!” he yells to his companion.

The woman with blonde, cropped hair and a jaded, once-pink tank top nods. Then, she turns to the cars gripping a smaller, flimsy piece of cardboard.

Both the man and the woman are about 21 years old.

However, the rates for millennial homelessness are growing, meaning that fewer millennials have the opportunity to change the world, let alone have a place to call home.

“We do see that the proportion of homeless in their 20s is growing every year for the last five years, and that they now account for 25 percent of the adult homeless population,” according to Dennis P. Culhane, professor at the University of Pennsylvania.

Student debt is a major factor in this growing percentage. According to Sandy Baum, who conducted a study on tuition and financial aid trends for College Board, “more low-income students are now going to college, in part because they know they need a degree to get a good job.” This means that more students are becoming “financially vulnerable.”

Brooke Evans, 23, was homeless. She lived in her car while with her stray cat Kiki while attending the University of Wisconsin. “If college is only for people who can afford it, then we’re only reproducing the same inequalities we’re supposed to be equalizing by getting an education,” said Evans.

Earning a college education is meant to level the playing field. Every student should have the opportunity to earn a degree purely based on his or her skill and determination, not financial background.

And it’s the students that work the hardest and push themselves to their ultimate limit that should fulfill their dreams. The ability earn an education has now become a luxury, rather than a right.

They pursue unpaid internships and save on expenses to build the life they want for themselves in the future, according to Katherine S. Newman, author of The Accordion Family: Boomerang Kids, Anxious Parents, and the Private Toll of Global Competition.

Low-income millennials do not have this luxury. Moving back home is not an option because their parents don’t have a home for themselves.

"The instability of not knowing where you're going to stay, not knowing if you have food or clothing, if you can wash your clothing can make holding down a job very challenging,” said Kathleen Savino, Director of Homeless Youth and Women and Children's Services at The Connection, Inc., a Connecticut-based non-profit.

Millennials experiencing homelessness have difficulty committing to a job for not only emotional reasons, but also logistical reasons. Elizabeth Olivero, a 20-year-old homeless youth in New York City, says that often times, she would have to make the decision between shelter and financial security.

“There were jobs that I would have to turn down, just because they were overnight," Olivero said. "[The shelter] would tell me, 'If you take that job, you're losing your bed.' And I had to turn it down because my living situation is more important than working and not having a place to stay."

According to a Glamour profile on Evans’ experiences, Brooke Evans mentions that despite feeling like “white trash” with no place to call home, she never gave up on her education. In kindergarten, Evans was placed in the advanced program. Ever since, she knew that she wanted to invest in an education, and in herself.

And with the growing student debt and lack of security and opportunity in the job market, the millennial generation will continue to fall down this slippery slope of instability.