Marco is the better choice than Noah, no question. 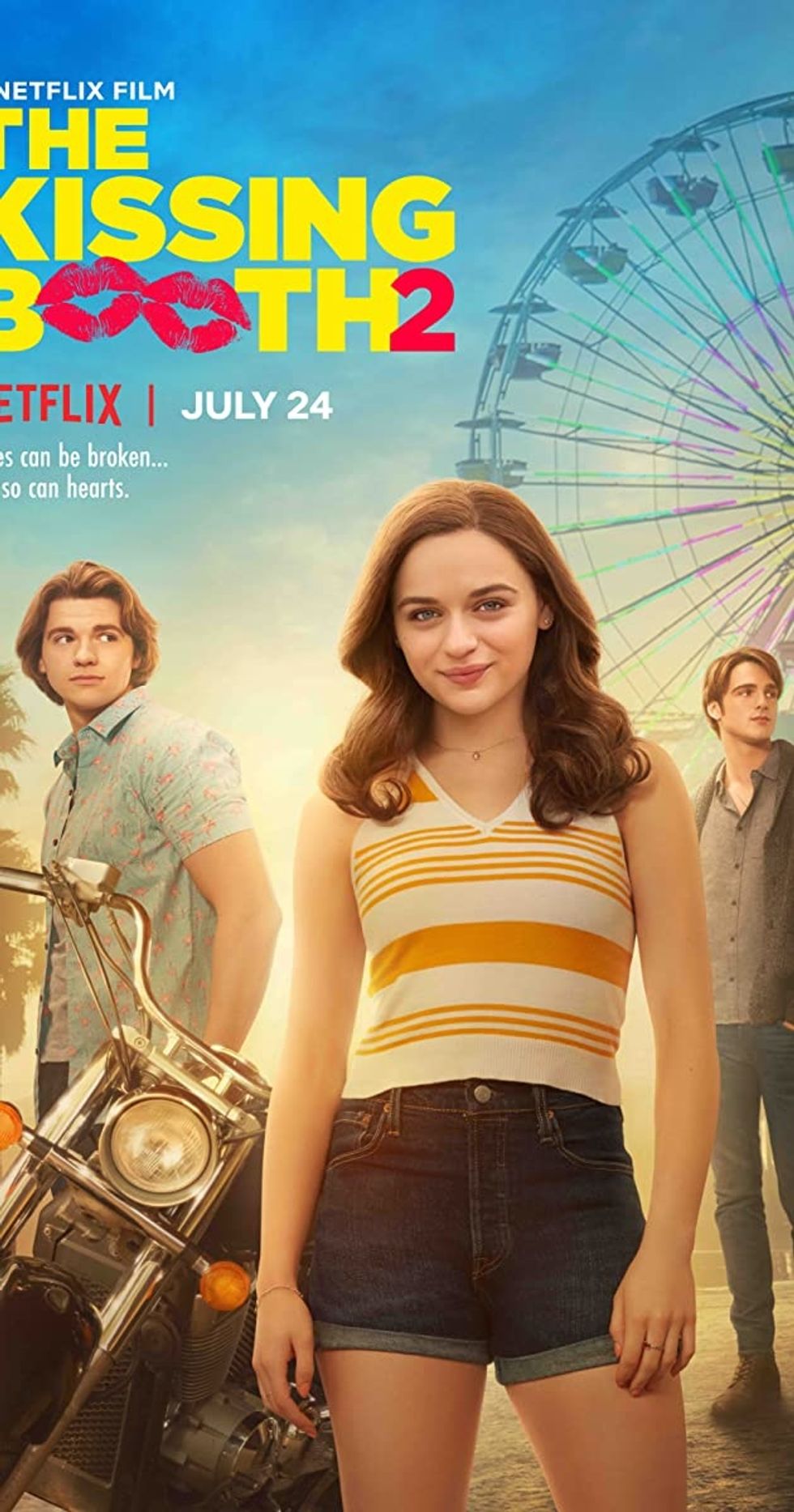 Romantic comedies and coming of age movies are my favorite movie genres, so of course I had to watch 'The Kissing Booth 2' when it came out last Friday. The first movie in the series was very cringey, the plot line was okay, and I didn't really like Noah (sue me). So my hopes for this movie were on the floor, and I had zero expectations going into it.

After I fully watched the movie, I was shockingly surprised at how much I enjoyed.

I enjoyed it so much that I watched it 3 more times, and I loved it just as much. The plot lines were better, there was only one truly cringey scene, and Marco was introduced. Marco, who is Elle's other love interest, was the best thing that could've happened to this movie franchise. His character is by far the best, and a much better option for Elle than Noah.

Marco has so many things in common with Elle.

When Elle was doubting her relationship with Noah, Marco said one of my favorite lines in the movie: "I've never met Flynn (Noah), but if I found someone who I loved that is smart, funny, and liked the same stuff I liked, I'd never make her feel like that". Basically, Marco is saying that he loves her in his own way, and that he would never let her go or make her feel bad about herself or doubt their relationship.

Noah has never said anything that sweet to Elle ever.

Marco is a romantic at heart.

Marco is such a hopeless romantic, and I love it. When Elle and Marco are sitting on the beach talking, Marco whips out his guitar and hums her a song on the beach, and stares at her so lovingly and he just wants to kiss her. In that moment, Marco is so in love with Elle, and it's one of my favorites.

Another romantic moment is when Marco asks Elle to slow dance to a song at the Halloween party. During that scene, once again you can tell that Marco is so in love with Elle. The way he holds her when they're dancing, and again the way he looks at her just shows how much he wants to be with her, to be Elle's everything. The Halloween dance is my personal favorite Marco scene because it's a moment that every girl dreams of having.

After Lee 'hurt his ankle', Marco is now Elle's dance partner. Every time they spend time together, Elle is always happy around him. During all of the training, Marco helped her through her ups and downs in life. He helped her by talking about her issues with Noah, finding joy in dancing again, and to just have more fun. Even when Lee stops hanging out with her, Marco steps in and is just once again being amazing to her. So when they finally are at the dance competition, and absolutely nail their dance routine, Elle and Marco finally kissed.

I literally screamed of happiness the first time I watched because I was just waiting for this scene to happen.

The best part is that Elle even initiated the kiss with Marco, because she really did feel something for him. When she kissed him, you could tell that kiss meant everything to him. He's been waiting for that kiss for months now, and Elle finally admitted to herself that she has feeling for him.

Even after she runs after Noah (which was dumb), Marco is still chasing after her wanting to talk about their relationship and what they are. Marco truly loves her and really wants to be with her, and he seems willing to do anything for her.

Marco is always upfront with how he feels.

When Elle was one of the kissers for the booth, Marco bought a ticket just to talk to her about what was happening to them (we love a man who's upfront about his feelings!). Marco is just so sweet during this whole scene, that he even apologizes to Elle saying "I'm sorry about the other night with Noah, it was stupid, but you can't deny there's something between us". Marco is so straight-up and honest with Elle; he doesn't want to play any games with her, he just wants to be with her.

Then Marco hits Elle with the best quote of the movie: "We felt something, you know it, don't be afraid of how you feel. I know how being afraid holds you back from being what you really want". Then Elle finally admits to Marco that she has feeling for him (I again screamed of joy at this scene), but then Elle has the AUDACITY to say he's not the one???EXCUSE ME? Marco gave her his all, and was so real and just truly amazing to her, and she turns him down? Make it make sense, because I certainly can't.

Overall, Marco deserves better than what Elle did to him. He gave her everything, he was sweet, thoughtful, and overall just an amazing character. He has everything in common with her, is a true romantic, helped her win the dance competition, and is upfront about how he feels, so he's basically the total package. For some reason though, Elle still chooses Noah, when all he did this movie was lie to her and make her feel like she wasn't important. Elle is 100% missing out on dreamboat Marco, and I hope by the end of the third movie Elle has a happy ending with Marco.