You're both missing the point. 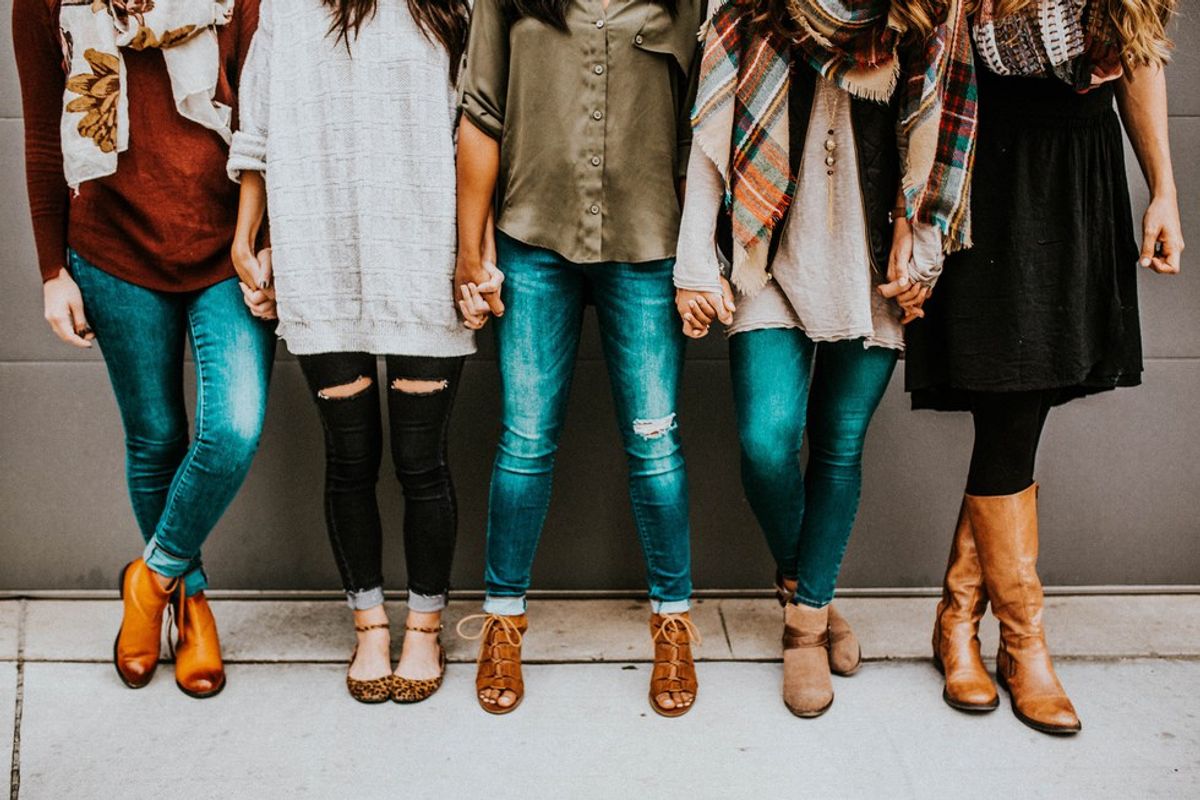 I wanna tell you a story because I think we've created these labels and categories and somehow shoved ourselves and others into them based on our behavior and social choices.

And that's cool, but it's not helping anyone.

When I was in college, I fit into both these categories at one point. For a few months, I tried living both simultaneously if you can imagine it. My freshman year, I danced on table tops, laughed til 3 a.m. with girls I hardly knew, ordered pizza at 4 a.m., and woke up the next day trying to piece together the night. At times, I drank so much that I wanted nothing more than to hide my face, crawl under a rock, and pay rent to the rock troll until the end of the century.

Maybe you've been there, maybe not.

Then I realized I wanted to pull my life together and be known as a good girl but couldn't quite figure out how to do that. I wanted something more than hangovers but couldn't shake the FOMO. Several times, I lied to cover my own butt and then had to bashfully admit to it later. I went to frat parties, danced with random boys, stumbled home, and then tried to protect my reputation as the girl who could hold it all together.

I lived a double life for several months because I wanted to make everybody happy.

Actually, one time, I decided that it was better to drink too much wine than too much hard liquor and I settled for that life... because I wanted people to like me but I didn't wanna be ratchet. So there's that.

Ugh. Isn't it crazy what we do to look one way but live another? But you know when and how I experienced freedom from that double life? I opened up about it. I called out the little monster for what it was. Then I tried to deny it again...but then I finally let myself just sit in it.

No, I didn't fix anything in 30 seconds. Actually, I didn't believe I needed "fixing" but instead that I needed faith in who I was designed to be. Slowly, I felt an earth-shattering shift in my desires because, hi, Jesus.

And when I eventually lost the desire to party altogether, I was not any more qualified or better than the girl who didn't.

So if you're the party girl, I'm not here to tell you to clean up your life. I am here to tell you to let your little monsters out of the dark corner and into the Light. Look deeper. Why do you party? Because it brings you complete and total fulfillment? Or because the world around you says you should and presents it as the only good option?

And if you're not the party girl, I'm not here to tell you you've made it, either. You might have little ugly monsters hiding in your heart, too. None of us are better than the other. You may be better off without the toxins your bodies and the pressure partying puts on your heart, but never better than. I challenge you, too. Why are you not partying? Is it to uphold an image or reputation? Or because you've genuinely found freedom from the peer pressure and placed your identity in something more?

You see, whether you're the fun and flirty girl dancing on tabletops or the lonely girl feeling like the biggest loser alone on Friday night, freedom is for you, too. And there's always more to the story because you weren't made to fit into a category just because college says the only two options are to:

I'd like to argue there's a better party than the pity party and the frat party. And you're invited to it regardless of your past or present party status. It's a party that peels off the sticky labels the world has slapped on you. It's a party that switches your entire position and identity from death to life, dark to light, and pride to purpose. It's a party orchestrated by the Creator Himself simply because He loves you when you're a hot mess and when you're all primped and poised.

And maybe you just need to RSVP to that party.


So put on your big girl pants and your party hat, crack open a window, pull that dang door open, let light the Light in, and step into who you were made to be -- even if you're shaking with wobbly knees.

It's worth it. Cross my heart.